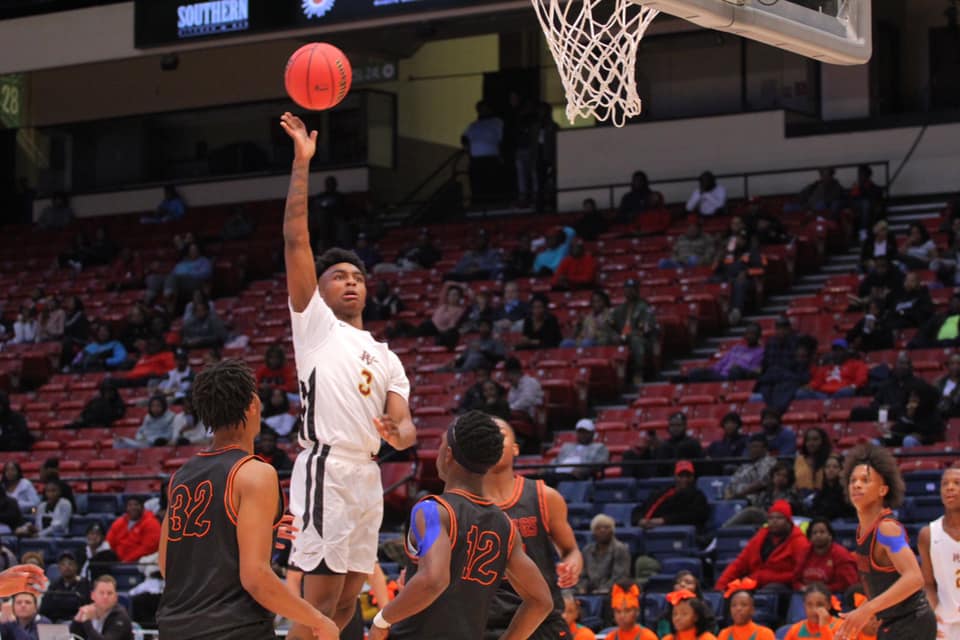 PINSON — Though Kam Woods sits eighth in the nation in scoring, one of Alabama’s top scorers has had trouble finding traction in the college recruiting circles despite multiple seasons of dominant play at both Midfield and Pinson Valley.

As of January, Woods has had offers from Troy, Montana State, Coastal Carolina and Jacksonville State.

This all comes as the senior has averaged 36.6 points per game in 26 games played this season. Though he sits eighth in the country in points scored per game, six of the eight players higher on the list have played in six games or less this season. Only Tommy Murr of Lindsay Lane has played in more games (27) and averages more points per game (44.7) than Woods.

Yet despite all of his success this season, and in season’s past, the 6-foot-1 guard has had little to no interest from Power 5 programs. To make matters worse, Woods is not even on the list of top 6 players in Alabama, according to 247sports. That list includes:

Of those six players, two have already signed with college programs (Jones to Xavier, and Garrett to South Alabama). Murr is committed to Lipsomb and Harvell is expected to sign with Alabama. Other than Jones’ Mountain Brook team, Woods and Pinson Valley have exemplified success this season. Case in point: this past Saturday, Woods scored a career-high 52 points against one of the top teams in the state and in the country, Lee. In that contest, he scored 30-plus points in the final 14 minutes to propel the Indians from as much as 23 points down.

Woods, unless an offer comes through before the last signing period in April, is resigned to play for a smaller school. This begs the question as to what could be holding him back. Pinson Valley head coach Darrell Barber discussed this with AL.com and mentioned that schools are flirting with the prospect of signing him, but he’s noticed that Woods continues to be scrutinized every which way.

“Some people don’t like his swagger, (but) we can find something wrong with every player,” Barber told AL.com’s Josh Bean. “You can’t tell me there’s a better scorer, a better gamer in the state of Alabama than Kam.”

What we do know, is that Woods has the undeniable ability to dictate the flow of the game. His prowess in the paint and his ability to pop and shoot from anywhere on the court is one of the reasons why that Pinson Valley sits atop Class 6A and is poised to claim yet another state championship.