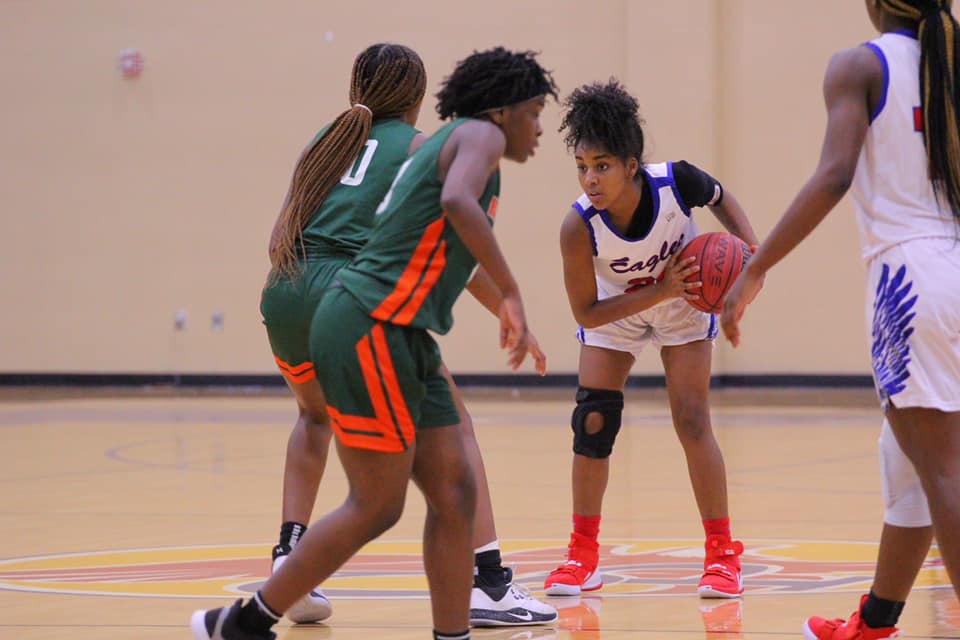 CENTER POINT — The Center Point girls’ basketball team continued its blitz through this season with a yet another relatively easy victory on Tuesday against neighboring Huffman.

The Eagles, who have not lost since Dec. 20 in what was a 61-58 defeat to Florence, have now won seven consecutive games and sit at 17-4 and 6-0 in Class 5A, Area 10 play. In its five-and-a-half week undefeated run, Center Point has outscored its opponents 362-132. The Eagles’ most dominant victory during that span was a 64-9 victory over area foe Moody. A week prior, Center Point defeated St. Clair County, 62-14, which just so happens to be yet another area foe. 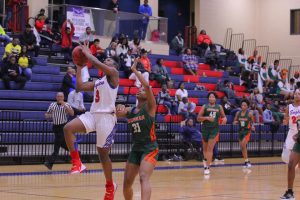 Center Point’s Tanita Swift drives to the basketball late in the Eagles’ victory over Huffman on Tuesday. Photo by Joshua Huff.

In area play this season, Center Point has been dominant. The Eagles have outscored all three area opponents, Moody, Springville and St. Clair County, by a margin of 359-134.

Center Point’s ownership of Area 10 has afforded it the rights to host the upcoming area tournament with a first-round matchup against St. Clair County on Feb. 3 at 2 p.m. The winner of that game will advance into the championship round on Feb. 5 against either Moody or Springville.

Led behind the tandem of Tanita Swift, Alandria Calhoun, LaKerrya Moulton and Teiara Hardy, Center Point has risen up the ranks of the Alabama Sports Writers Association girls’ basketball rankings. Currently, the Eagles sit at No. 8 in Class 5A with a rise expected should they defeat Class 7A power Hewitt-Trussville on Friday.

That game will be a rematch of a Nov. 14 loss where in which the Huskies defeated the Eagles, 59-32; however, since that game, the Huskies have gone 15-8, while the Eagles have lost just three games.

Friday’s game will be a good barometer for Center Point as it heads into the postseason. The Eagles have not faced a team with above a .500 record since losing to Florence in December. Hewitt-Trussville, which admittedly has faced some adversity this season, is still the same team that advanced into this past season’s state championship game.

Yet before the Eagles can get ahead of themselves, they will need to protect their five-game area tournament winning streak before they can look to return to the state tournament. Center Point has not lost an area tournament game since falling to Clay-Chalkville, 36-34, in the 2017 championship game.