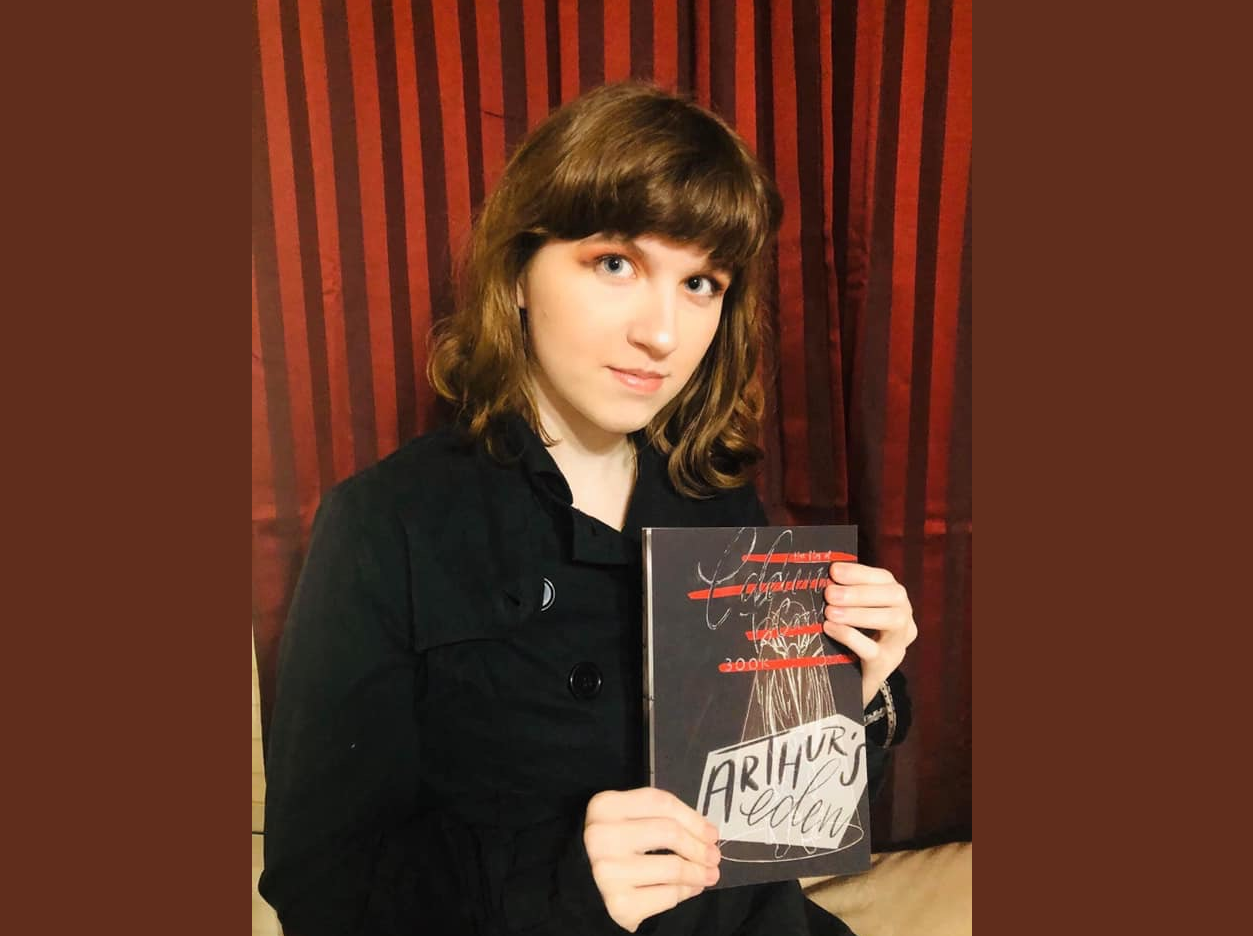 CLAY — It often happens that the best stories come from the most unlikely of places. In a time when the media is flooded with politics, crime and celebrities, and most people just want to escape reality for a few minutes each day, occasionally there comes a real life tale of hope, courage and overcoming the odds. A story that originates in a small town, but stretches out to bring light to the world beyond. In Clay, Alabama, a city of fewer than 10,000, such a story has arisen.

Danyelle Small has lived the entire 19 years of her life in Clay. The third oldest of eight children, Small and her siblings were home-schooled, and their parents worked hard to model and instill a love of reading in their children.

For Small, however, reading did not come as easily as it seemed to for her sisters and brothers.

“I didn’t know what was wrong with me for a long time,” Small said. “It was just like thinking that I was stupid or there was something wrong with me. I didn’t get tested for dyslexia until I was in middle school, I believe. But I always did have trouble learning how to read. It took me much, much longer than all of my siblings.”

After being diagnosed with dyslexia, Small decided that it was going to be something she would learn to work with. With the knowledge of what had been holding her back and her motivation to rise above it – and with parents who read to her every night and imparted a love of stories in her heart – Small became an avid reader.

“(My parents) kind of brought me around to the whole idea of storytelling,” she said. “And then, when I was able to read for myself, I just didn’t stop. I’ve always really liked books. I spend the majority of my free time reading and I just thought it was cool how people were able to world-build and create these characters. Such creativity.”

It didn’t take much for her love of reading to turn into a desire to create her own fictional worlds and tell her own stories. Inspired by a dream and the Pixar movie “WALL-E,” Small started forming the concept for a novel series a few years ago. The idea for the first book really took hold about a year and a half ago, and on Dec. 17, 2019, Small published her first book, “Arthur’s Eden (The Files of Lacuna Black Book 1).”

“Basically, instead of there being that robot left alone to clean up humanity’s mess, what if it was a person, a single person that was left on the planet to clean up all of this stuff while everyone else is living a life of luxury in space?” Small said. “The series is told from the perspective of a melancholy narrator. She basically wanders the earth collecting these people’s stories and sends them to a friend who broadcasts them to the world. Stories of people that the world has forgotten, but the world needs to remember because of what they did for the planet. It’s kind of like broadcasting good deeds in a world that’s hopeless and dark, showing that light is still out there.” 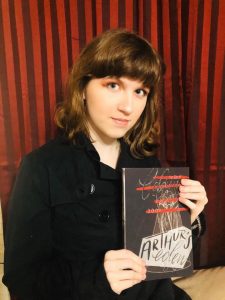 When it came to writing with dyslexia, Small said, “Once I was able to find a way to make it work with me, it was just a matter of enabling spell check, for the most part.”

Small, who is also an artist, designed the cover art for Arthur’s Eden, as well as illustrations throughout the book. The text on the cover, however, she does not take credit for.

“The cover text and the title were done by a friend of mine (Maggie Jenkins) who is excellent with calligraphy,” she said. “I guess that’s the one thing that dyslexia has on me; I still have horrible messy handwriting. But I asked her if she would be kind enough to do it for me.”

Jenkins was not the only member of Small’s team as she pursued her dream of becoming a published author. Danyelle’s father, Kevin Small, a former Clay city councilman, played a significant role in Arthur’s Eden moving from draft to published novel.

“My dad was a major driving force in getting it done,” Small said. “He spent a lot of time working with the program that Amazon provided. Basically, what I did was just write and illustrate some pictures; he’s the one that put it together nicely, in a readable fashion.”

After much thought and consideration, Small chose to self-publish her series through Amazon.

“I originally was going to go with trying to find an agent, but the more I read about it and the more I read about how much control that a publishing company would have over my story and my series, overall, I decided that self-publishing was the way I wanted to go because I had such a strong sense of how I wanted my story to be told,” she said. “Amazon has a self-publishing resource that allows you to do both Kindle and physical copies of the book, and I decided that was my best option. I was able to keep my story the way I wanted it and was able to have a book I could hold in my hands, but also have it digitalized for whoever wanted to read it that way.”

Small said that she has planned a total of seven books for the series, and is nearly finished with the second book.

“I would love to get a new book out every three months,” she said. “For the majority of the series, the outline is done; it’s just a matter of revision and just getting down to minor details.”

As far as a takeaway message from her stories, Small said that she wants that to be left open to interpretation by the reader.

“For me, the story is very much about celebrating what makes you unique and being able to have hope in the face of adversity,” she said. “Realizing that the things that make you different are often the things you need to succeed.”

You can follow Danyelle Small on Instagram at lacuna_black_official, or email her at lacunablackwriter@gmail.com for more information.