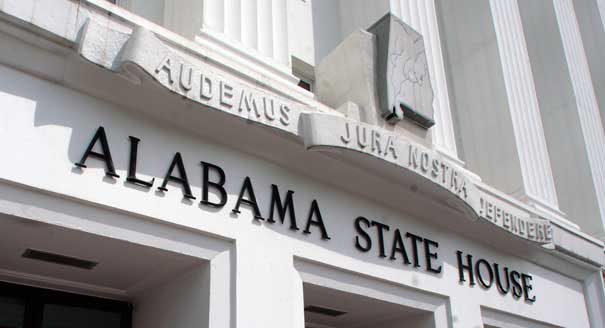 Corrections, gambling to be focus of legislative session

MONTGOMERY, Ala. (AP) — A state prison crisis and gambling legislation are expected to be top topics when lawmakers return to Montgomery next week. The Alabama Legislature begins the 2020 legislative session on Tuesday. Alabama Gov. Kay Ivey will give her annual State of the State address Tuesday night.

Here are some key issues to watch when lawmakers return:

A state prison crisis is expected to take center stage in the legislative session.

The U.S. Department of Justice last year said that male inmates live in violent prisons that violate the constitutional ban on cruel and unusual punishment. The Justice Department threatened to sue Alabama unless conditions improve.

The Alabama Department of Corrections is requesting a $42 million increase to help add additional corrections officers. A criminal justice commission created by the governor is also recommending a number of changes, including enhanced educational programs for inmates and making changes to mandatory sentencing laws.

Ivey is considering a plan to build, or lease, three regional prisons, and close most existing facilities. House Speaker Mac McCutcheon said lawmakers are seeking more information from the governor’s office about the cost of the proposed prisons and which existing facilities will close.

Alabama lawmakers will once again debate starting a state lottery.

Republican. Rep. Steve Clouse of Ozark said he will introduce a lottery bill that would use lottery profits to fund the state’s pre-kindergarten program and also provide college scholarships.

“It looks like an education lottery could pass if— and it’s a big if — we can get support from (Democrats) and the way to get support from them is we are going to have to address the local gambling issue,” House Speaker Mac McCutcheon.

The lottery debate comes at the same time the Poarch Band of Creek Indians have launched a “Winning for Alabama” public relations campaign for their effort to secure a state compact.

Lawmakers are expected to debate a medical marijuana legislation following a recommendation from a study group created last year. However, Alabama Attorney General Steve Marshall is opposing the proposal. Marshall in January sent lawmakers a letter expressing his opposition. The Alabama Senate approved a medical marijuana bill in 2019, but the legislation stalled in the Alabama House of Representatives.

Legislation has again been introduced to allow people to carry a handgun without getting a concealed carry permit from their local sheriff. The bill in past sessions has created tricky territory for some Republicans in the Alabama Legislature as it pits two groups they traditionally like to support: gun rights groups that support the bill and law enforcement which has opposed it. An alternate proposal would create a lifetime permit and have a state database would monitor if the person becomes ineligible for carrying a concealed carry weapon.

The Department of Mental Health is seeking additional funding to create three crisis diversion centers that would become hubs for people needing treatment. Mental Health Commissioner Lynn Beshear told lawmakers the centers would be a facility where people can walk in and seek treatment or where law enforcement and hospitals could refer people needing care. Alabama closed a number of state psychiatric hospitals in 2012 and patient advocates say a shortage of available services means too often people needing care end up homeless, in emergency rooms or in jail.

The Republican leader of the Alabama Senate said he expects to introduce a package of education measures, but said he was not ready to discuss specifics.

“There seems to be an attitude that it is time to do something big in education. We are ranked 50th…. I think we are going to have to come out with something pretty bold,” Sen. Del Marsh said.