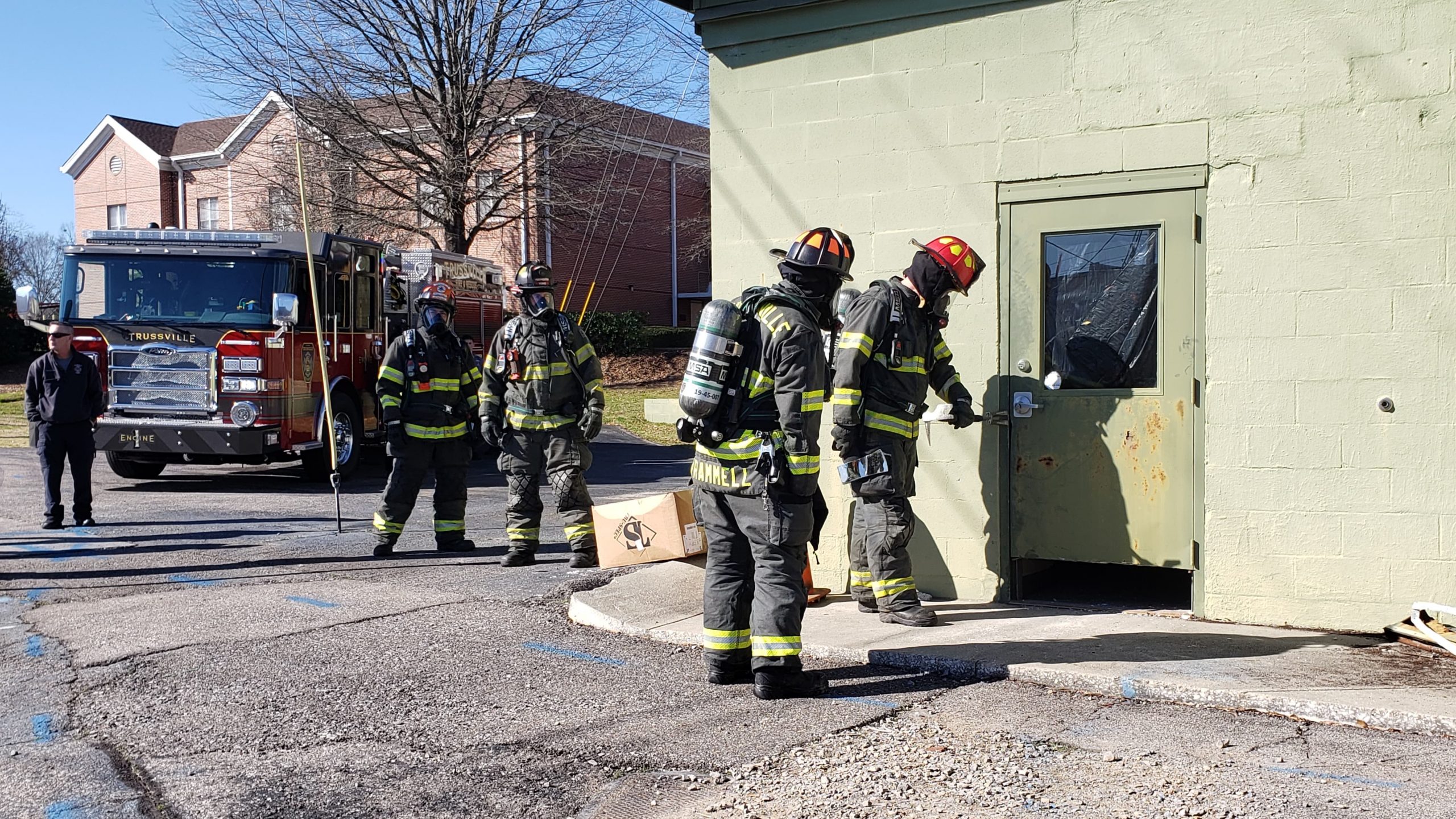 TRUSSVILLE — Trussville Fire and Rescue tested new equipment that will be used to help firefighters during structure fires.

The department received 15 new self-contained breathing apparatuses (SCBAs). The packs are worn by firefighters to regulate and supply breathable air in a variety of situations. Sunbelt Fire won the bid to sell the equipment by offering all 15 apparatuses for $110,920.

Lt. Andy Griffith said the training on the new equipment was also an opportunity for newly hired firemen to get an idea of how the department operates.

“We’re running the guys through this to get them familiar with how to use the new air packs,” said Griffith. “After this training, they will be able to fall right in with the other guys when they come on shift.”

Griffith said the department uses theater smoke in the training. He said the smoke helps give firefighters a good idea of how it will look in a real-life situation.

“When we’re in houses with heat and fire we want our guys to be able to go straight to problems,” Griffith said. “With these, they can go straight to the problem without even having to think about it. They can put their hands right where they need to be.” 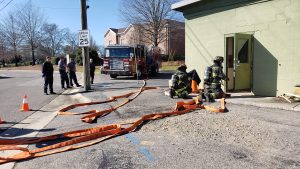 The new SCBAs have added features. One of those features is Bluetooth capabilities. Cpt. Chris Franklin said a Bluetooth communication unit will help firefighters talk to each other while battling fires.

“One of the things that’s tough for us is, even when you’re talking face-to-face with a mask on, sometimes it’s hard to understand,” said Franklin. “The built-in microphone in the mask will allow us to not have to scream and yell and hopefully understand each other.”

Chief Tim Shotts said the purpose of add-ons is efficiency. For example, the new packs also have quick-connect features.

“On a standard pack, you have to thread on the regulator, so if you have guys who are going to change out bottles, it will help them do that in a much shorter amount of time,” Shotts explained.

Perhaps the most valuable add-on to the SCBAs is the buddy-breathing system. In the case of a firefighter running out of breathable air, another firefighter has the ability to share air quickly.

The new packs are also battery-powered and have rechargeable lithium batteries. They have been tested for safety and have been certified for use in a fire.