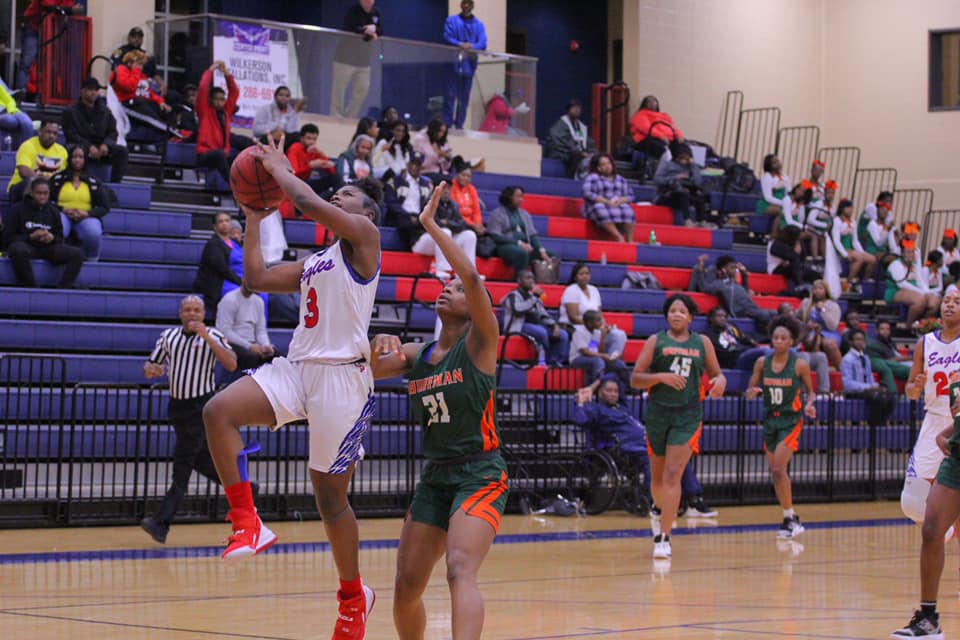 Center Point's Tanita Swift drives to the basketball late in the Eagles' victory over Huffman on Tuesday. Photo by Joshua Huff.

CENTER POINT — The Alabama high school girls’ basketball postseason tipped off on Monday for teams within The Trussville Tribune coverage area with Center Point and Springville both recording first round victories in the Class 5A, Area 10 Tournament. 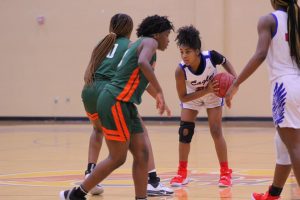 In fact, the Eagles went 3-0 against St. Clair County this season with the Fighting Saints averaging just 16 points per game in each loss.

The victory for Center Point was its eighth win in nine games. The only blemish to the Eagles’ record during that span was a 52-29 loss to Class 7A Hewitt-Trussville to conclude the regular season.

On deck, is a Springville team that advanced into the championship game after a 56-21 victory over Moody. The win for the Tigers snapped a two-game losing streak. Moody’s season ends with just three victories to its name. Moody has not won more than five games in a season since going 13-8 in 2017-18.

With the championship game set between Center Point and Springville, the onus for the Tigers is to somehow figure out how to defeat an Eagles team that has run roughshod throughout Area 10 all this season. The two teams have met twice this year, with Center Point holding a 2-0 series lead. Both victories for the Eagles have been 20-plus point blowouts.

The game will be a rematch of the 2018-19 area tournament championship game, where in which Center Point won, 42-32.

The area championship game will be played on Wednesday, Feb. 5, at 6 p.m. and will be hosted by Center Point High School.