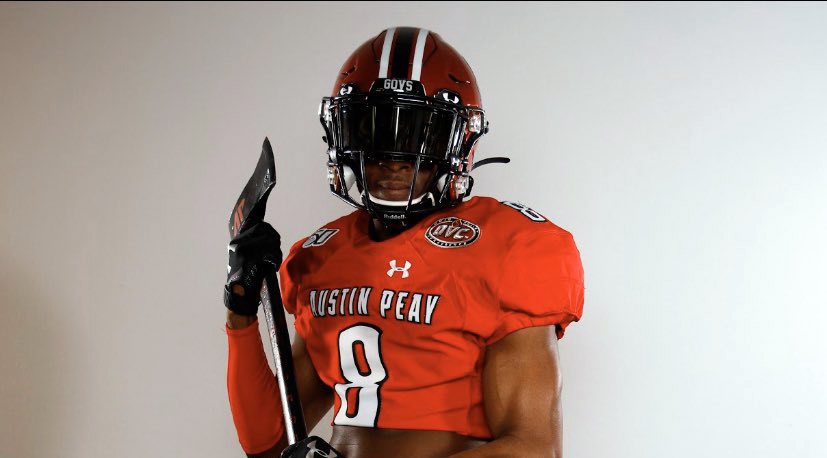 The Pinson Valley senior concluded his final year with 80 total tackles (54 solo, 26 assisted), 13.5 tackles for a loss to go along with four sacks during a season in which the Pinson Valley defense pitched three shutouts, limited four opponents to seven points or less and held 10 opponents to less than 14 points per game. For his contribution and dominance this season, Williams was awarded the 2019 All-Tribune Defensive Player of the Year award. 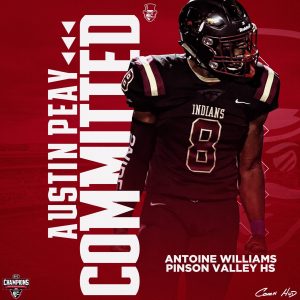 Williams will now head north to Clarksville, Tennessee, to join an Austin Peay team as a preferred walk-on. The Governors finished the 2019 season 11-4 after they fell in the NCAA Division I Football Championship’s national quarterfinals to No. 5 Montana State. Austin Peay has had two winning seasons in the past three years, which follows a four-year span where the Governors won just one game.

“First and most importantly, I give all my glory and success to the Lord above,” Williams wrote on Twitter. “It’s a blessing for all the opportunities he has set me with. I want to thank my Mom for the consistent support. I want to thank the rest of my family also for being here through this process.”

The senior concluded this past season as the No. 6 linebacker in Alabama, according to Maxpreps. During his time with the Indians, Williams won two-state championships and nearly advanced into a third consecutive title game this past season before falling to eventual state champion Oxford in the semifinals.

Williams enters Austin Peay within a 2020 recruiting class that sits sixth in the OVC and at No. 201 in the nation, according to 247Sports. He is one of several linebacker recruits that the Governors have targeted this recruiting season headlined by Deshler High School’s Grant Wisdom, who finished his high school career with 325 career tackles, 10 forced fumbles, and eight fumbles recovered, and he was named as an ASWA Class 4A All-State selection twice.

“(I just want to say) thanks to the Pinson Valley coaching staff and community for supporting me through my high school career,” Williams said. “You all had something do with my success and me becoming a better man. This truly the right fit me. God works in his own timing.”