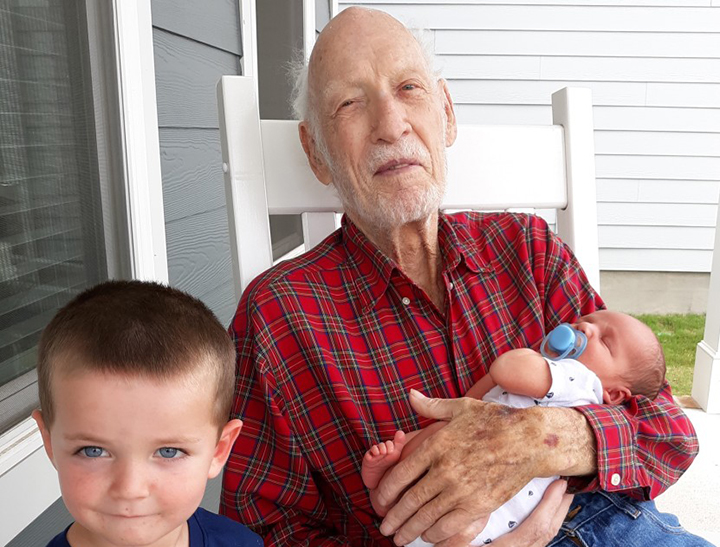 He finally let go, God rest his soul. He went to join his beloved wife of 63 years.

He passed peacefully, in his sleep at the home of his son, Steve, in Concord NC. Don went to North Carolina in August of 2019 in order to meet and spend time with his two Great-grandsons, Silas and Gavin Cassidy. Don was a proud Korean War veteran and served in the Army as a machinist and Military Police detail. He was proud to have served, protecting the country he loved and the individual freedoms it represents.

Don was very active in both local and national politics. He served as a state level Republican delegate. He was a master tool and die maker at Mason Corporation, his work was his passion and he always said he was blessed to work for a wonderful family owned business. After retiring from Mason, he continued his passion of building, designing and inventing tools and machinery at his tool shop at home.

Donald was one of the best, if not the best mechanical engineer in Birmingham. He was a leader in the Birmingham chapter of the Society of Engineers. He taught manufacturing courses at Jefferson State Junior College. He was a scout leader with the Boy Scouts of America and he was the neighborhood handyman. He was an avid gardener and supplied the neighborhood with fresh vegetables, flowers and shrubs for decades. He loved working in his yard and digging in the dirt. Donald was a simple man with a big heart.

Anytime he was asked if HE needed anything, his reply was always the same. I have everything I need but I will take a few find words.

He was preceded in death by his wife Doris, his lifelong valentine. Don is survived by his children, Steve Wehunt (North Carolina), daughter Lesia (sunshine) Newman (Birmingham), grandchildren Kristin Cassidy (Ricky), Alex Wehunt, Josh Newman and Jason Newman. Great grandsons Silas and Gavin Cassidy. The Family would like to extend their deep gratitude to Don’s sister, Sara (Joe) Williamson and faithful family friend Michael Barnhill for all of their love, support and help during this past year.