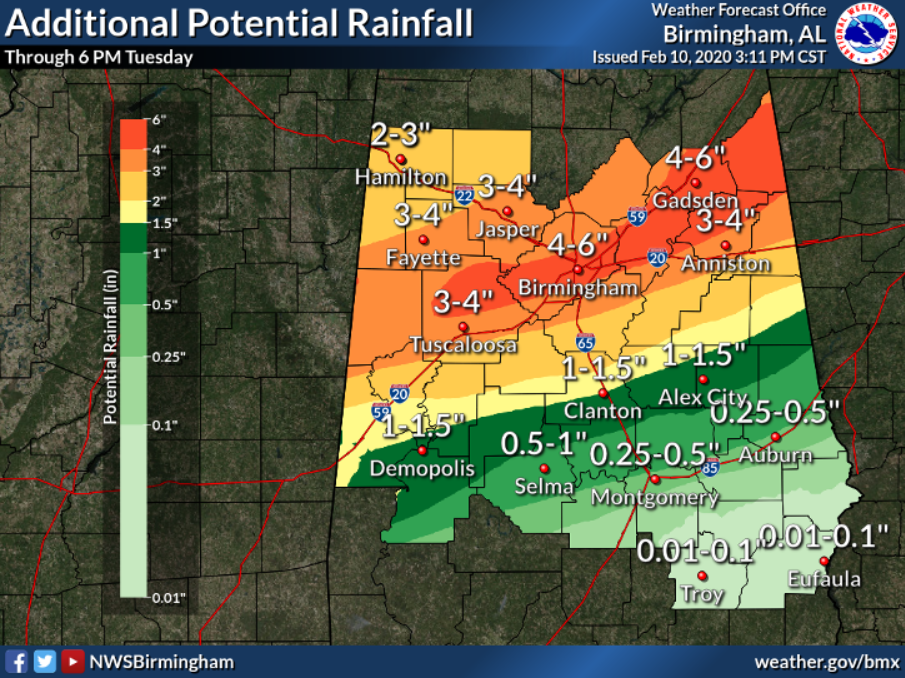 Downpours cause flooding across Deep South

BIRMINGHAM, Ala. (AP) — Storms stretching across the Deep South dumped heavy rains on Mississippi and Alabama on Monday, causing flash floods that covered roads and forced some schools to close.

Dozens of roads were under water in low-lying areas across the Tennessee Valley after a hours of rain, and cars crept along flooded streets in downtown Birmingham. Video showed vehicles leaving wakes behind them on flooded roads, with waves slapping the side of a building in Yazoo City, Mississippi.

Several school systems sent students home early as forecasters warned more downpours were on the way, and some planned to open late on Tuesday.

Flash flood watches and warnings stretched from eastern Texas into the western Carolinas. The Tennessee Valley Authority said some of its rivers and lakes had received as much as 400% of their normal rainfall for this time of year.

Parts of the region are still soggy from heavy rains last week. In north Alabama, some flooded roads were still closed from last week when the rain began Monday.