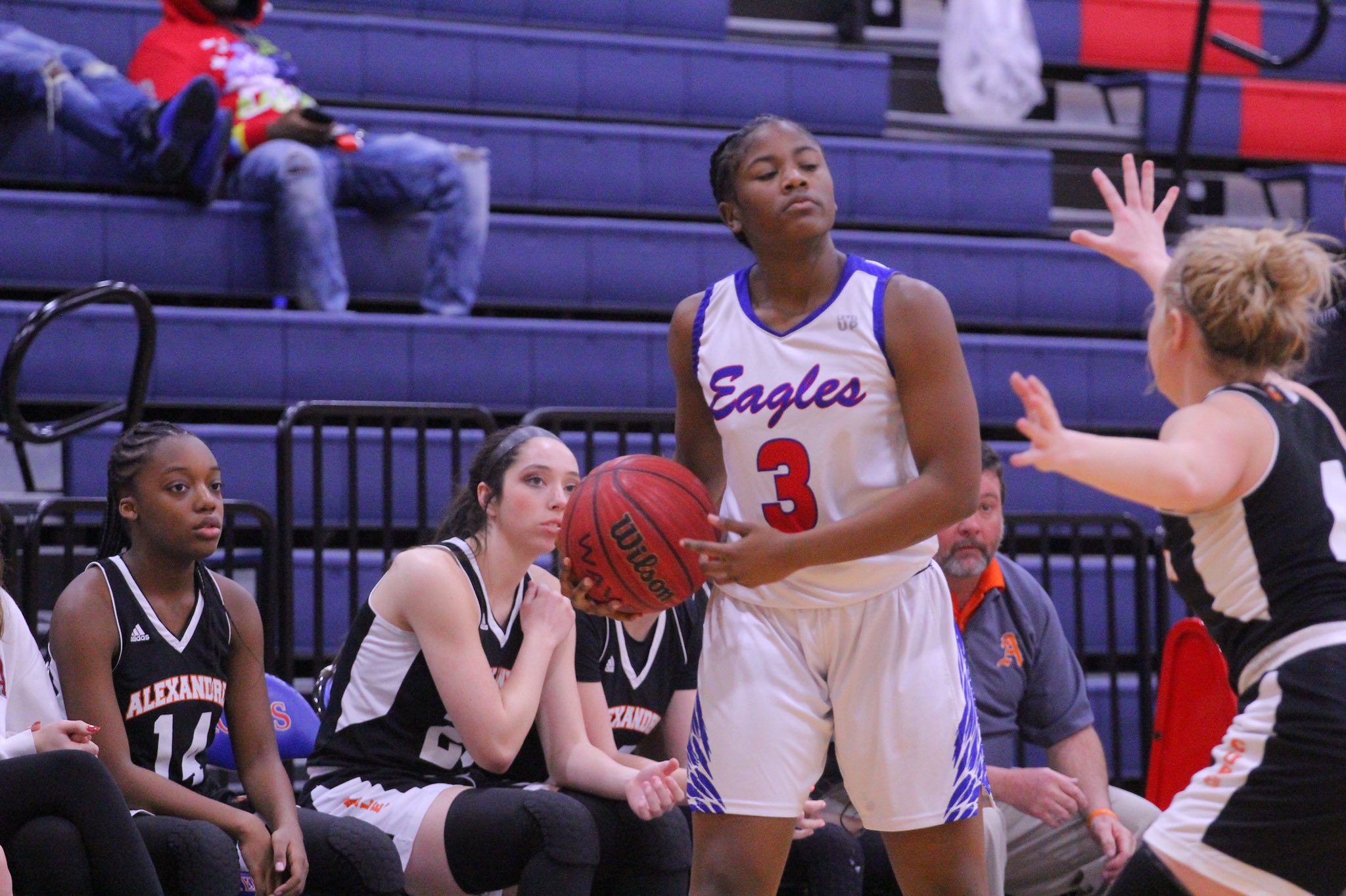 Center Point has little trouble against Alexandria in opening round of Class 5A Varsity Basketball State Tournament; Eagles book ticket into Sweet 16

CENTER POINT — You’d be forgiven if you mistook the deluge within the Center Point High School gym on Monday as a result of shoddy construction, but fortunately for the taxpayers of Jefferson County, that deluge was not the result of the incessant rain wreaking havoc throughout the South, but from an Eagles team that shook off a slow start in the sub-regional round of the 2020 AHSAA Class 5A Varsity Basketball State Tournament to blow past Alexandria, 71-41.

Pause for a breath.

With the victory, Center Point now advances into the Sweet 16 set to begin at noon this Saturday at Jacksonville State University.

Despite a nearly three-minute long scoring drought to open the game, which enabled Alexandria to open a 5-0 lead, the Eagles managed to recover and deliver an ego-bruising 30-point victory in the opening round of the state tournament to an Alexandria team that had to drive over an hour through miserable conditions just to witness its season crumble. 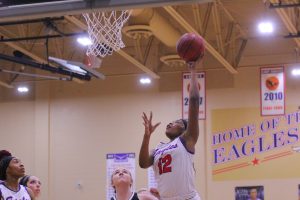 The Valley Bears entered the contest following a first-round area tournament loss to Southside-Gadsden, which proceeded a five-game span where in which Alexandria won four of five games.

Seemingly unflustered at the prospect of downing the Area 10 champs, the Valley Bears began Monday night with a 5-0 run thanks in part to an opening 3-pointer and a Kameron Simpson layup. That burst of excitement lingered for just a few minutes as Center Point regrouped within a span of 30 seconds. With their shots not falling, the Eagles turned to their inside game.

As a result, the Eagles quickly tied the game at five-all thanks to an Alandria Calhoun layup at the 5:08 mark. Seconds later, Center Point junior Kamryn Wlliams hit the go-ahead layup to give the Eagles their first lead at 7-5. That lead grew to 9-5, which capped a 9-0 Center Point run, and proved to be the final time that Alexandria would come close to a lead.

Center Point would stretch that lead to 20-9 at the conclusion of the first quarter.

And it grew even more after three quarters, 52-28.

The fourth quarter was quite the fiasco. Though Center Point’s victory was never in doubt, the Valley Bears ramped up the defensive pressure and forced the Eagles into numerous turnovers. Alexandria managed to cut its deficit to under 25 points multiple times in the final quarter, but Center Point’s size and athleticism proved to be too much for a Valley Bears team looking to prevent the inevitable.

The Eagles will next face Brewer in the Sweet 16 at JSU on Saturday at noon.