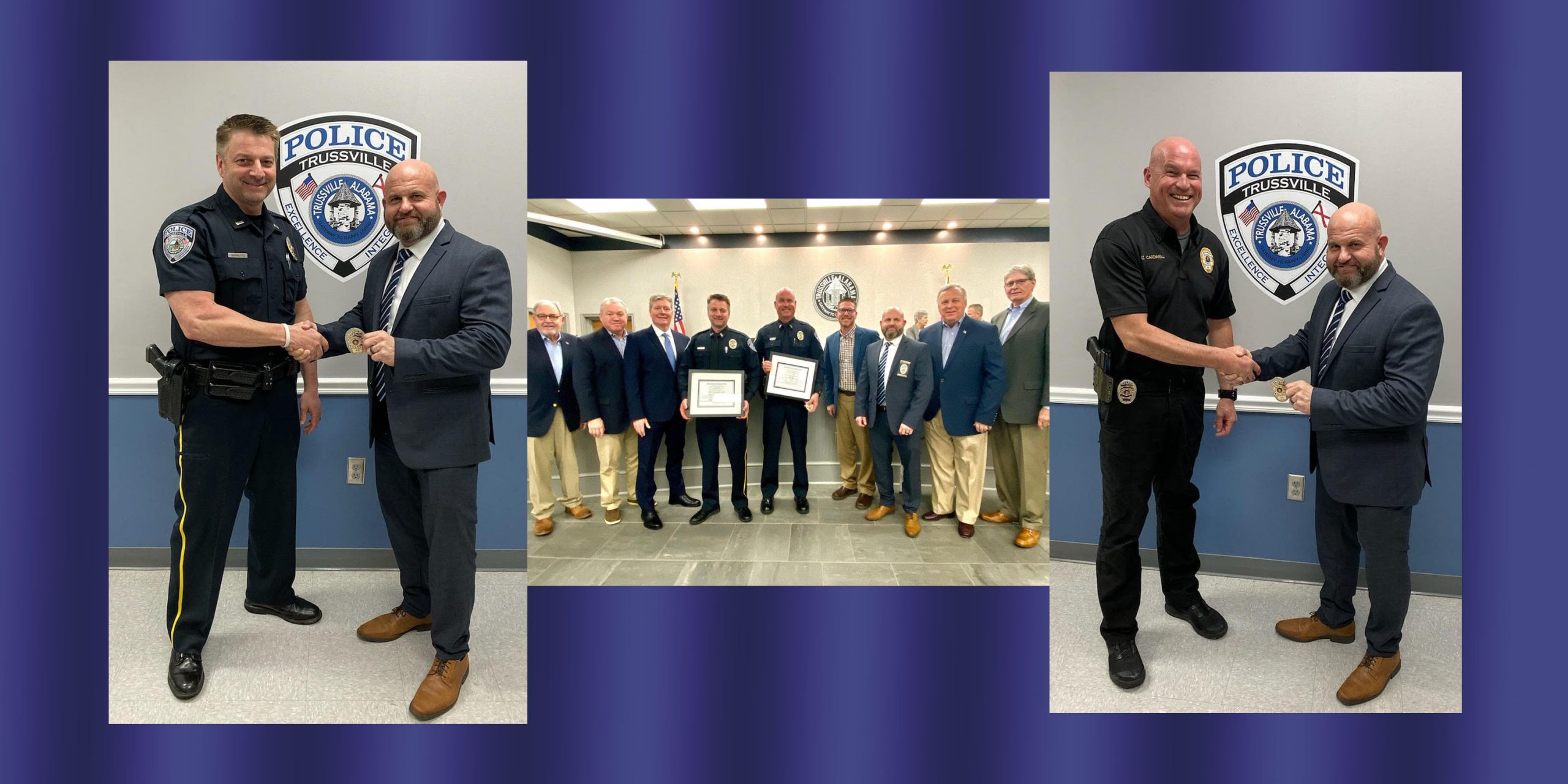 Cpt. Dave Morette and Cpt. Greg Cardwell will each lead two divisions of the department and will supervise lieutenants.

Chief Rush promoted two officers after many years of service to the Trussville Police Department. Rush said the department hasn’t had a captain position in nearly two years.

Morette and Cardwell were presented with badges and certificates during a Trussville City Council meeting on Tuesday, Feb. 11, 2020.

“As the chief, I have great expectations for these two and I’m confident they’re up to the task that I’ve given them,” said Rush.

Cardwell said the ceremony was a time of reflection for him, after 20 years in law enforcement.