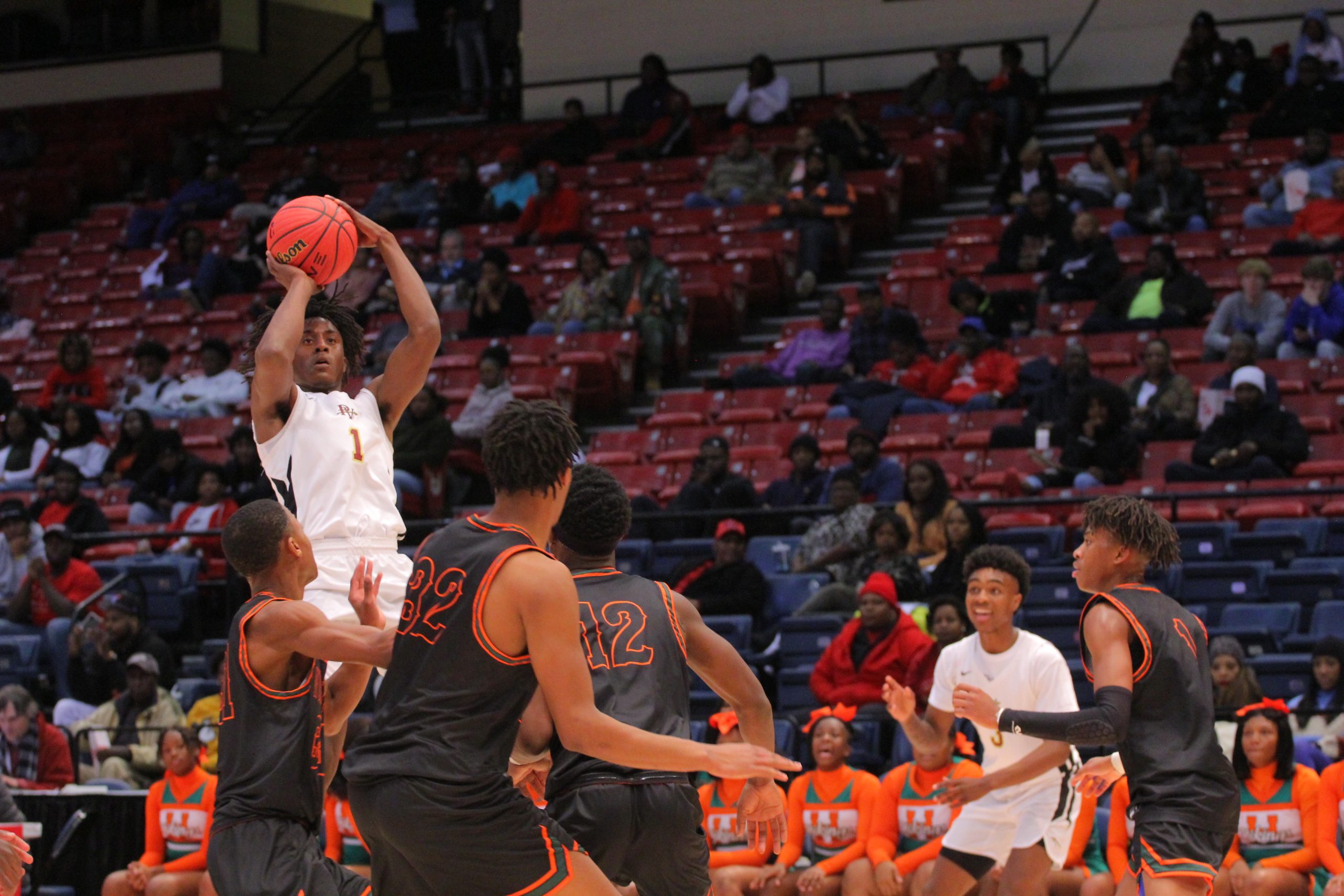 JACKSONVILLE — The regional rounds begin for teams within The Trussville Tribune coverage area on Friday at Jacksonville State University as both Clay-Chalkville and Pinson Valley vie for a spot in the Elite Eight.

The Clay-Chalkville girls’ basketball team continues its run to the championship with a clash against familiar foe Fort Payne. The two teams faced each other a few weeks ago in a game that Fort Payne won decisively, 56-25. That loss was the start of a three-game slide for the Cougars.

The Cougars travel to Jacksonville, Alabama, following their sub-regional round victory over Huffman, 70-47, on Monday. The win sent the Cougars into the regional rounds for the first time in four seasons. 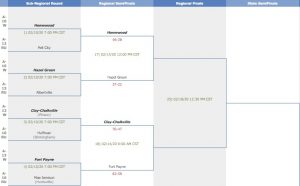 In that game, Clay-Chalkville jumped out of the gate with a 10-2 burst to open their state tournament run — five of those points came from senior Aukeivah Tellis. Huffman managed to respond and fought back to narrow its deficit to just two points, 14-12, at the conclusion of the opening quarter.

Undaunted, Clay-Chalkville utilized yet another run, 14-5, in the second quarter to extend its lead to double-digits thanks to a strong perimeter game. On the night, the Cougars hit eight 3-pointers with three of those coming before halftime. Tellis was the 3-point dynamo throughout the evening as the senior hit four 3-pointers in the victory. She led the way with 18 total points.

Huffman trailed by as many as 14 points in the third quarter. However, with their season in doubt, the Vikings doubled-down and ended the quarter on an 8-2 run.

Yet, a stunning rally was not in the cards for Huffman as the Cougars began the fourth quarter with a flurry of points on their way to a 18-0 run to effectively end the game. Khali Johnson and Vonquice Wilson added 14 and 13 points, respectively, as the Cougars booked their ticket to JSU.

Pinson Valley returns to JSU with its eyes set on defending its 2019 Class 6A state championship crown.

The Indians will hit the hardwood on Friday afternoon against Oxford, in what will be an intriguing matchup between two teams that met in the Class 6A state football semifinals. The Yellow Jackets rallied in the final seconds to stun the two-time state champions.

The two teams have not faced each other on the court this season.

Oxford enters the game with a record of 21-8. The Yellow Jackets have lost just three games since the start of the new year. Pinson Valley enters the contest with an 18-game winning streak and a record of 27-3. 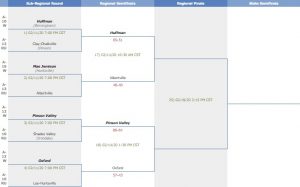 Pinson Valley earned its berth into the Sweet 16 after dispatching Shades Valley in the state tournament opener.  The Indians opened that game with a 9-2 run, which forced a scrappy Mounties team to take a timeout early. The Mounties, however, responded to the Indians’ rally with a strong finish to the quarter, which placed them within five points, 19-14, of the No. 1 team in Class 6A.

The second quarter was a back and forth affair with the Mounties unable to gain much ground on the Indians. Pinson Valley guard Kam Woods and Mounties guard Ishaiah Sims went toe to toe, with Woods scoring 10 points in the quarter and Sims recording eight points. The Indians led by seven at halftime, 34-27.

As he does on most nights, Woods stole the show in the second half. In the third quarter, he outscored the Mounties, 13-12, behind a flurry of 3-pointers. Behind Woods’ burst, the Indians enjoyed a 57-39 lead going into the final quarter of play. On the night, Woods recorded 47 total points, with 21 points coming in the second half.

The Mounties ramped up their defense in the final quarter and were able to cut the Indians’ lead to nine points with just over three minutes to go in the game. However, the Indians never broke and cruised to a 16-point win. Woods was instrumental in the fourth quarter. He scored 18 points to keep a gritty Shades Valley team at bay.

Ga’Quincy Mckinstry recorded 11 points with four assists and three steals in the game. Camron Scott did his thing in the paint as the senior notched six points with 10 rebounds and six blocks.

Pinson Valley and Oxford will tip off at 1:30 p.m. on Friday within Pete Mathews Coliseum.