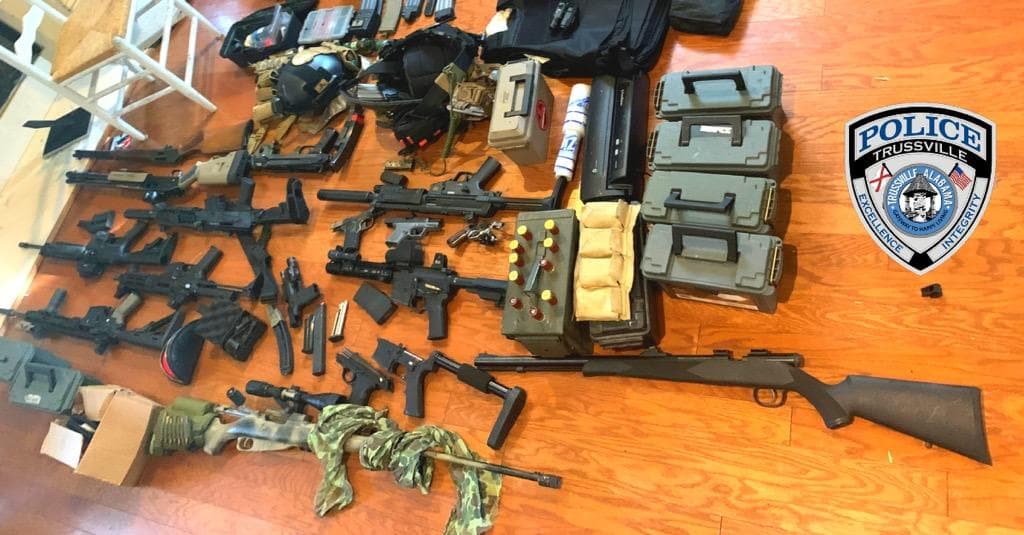 TRUSSVILLE — The Trussville Police Department announced the arrest of a man taken into custody after a narcotics search warrant on Wednesday, Feb. 12, 2020.

Investigators searched a home in the 4700 block of Boulder Drive and found what they described as a hand grenade inside of a closet along with a high volume of firearms.

“Our investigators exited the residence, established a perimeter and called for assistance from the Bureau of Alcohol, Tobacco, Firearms and Explosives,” Detective Ben Short said.

The ATF determined the grenade was not real and posed no danger. Investigators continued to search the residence and located substances that tested positive for the presence of meth and heroin. 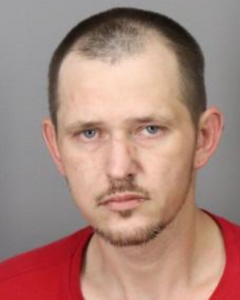 During the search investigators said they also found components used in the making of an explosive device to include aerial shells and a blasting cap.

“Fully automatic weapons, homemade firearms, firearms with obstructed or no serial numbers, suppressors, and a wide array of drug paraphernalia were also discovered inside of the home,” said Short. “The Trussville Police Department would like to thank the ATF-Birmingham Field Office for its quick response and assistance during this investigation.”