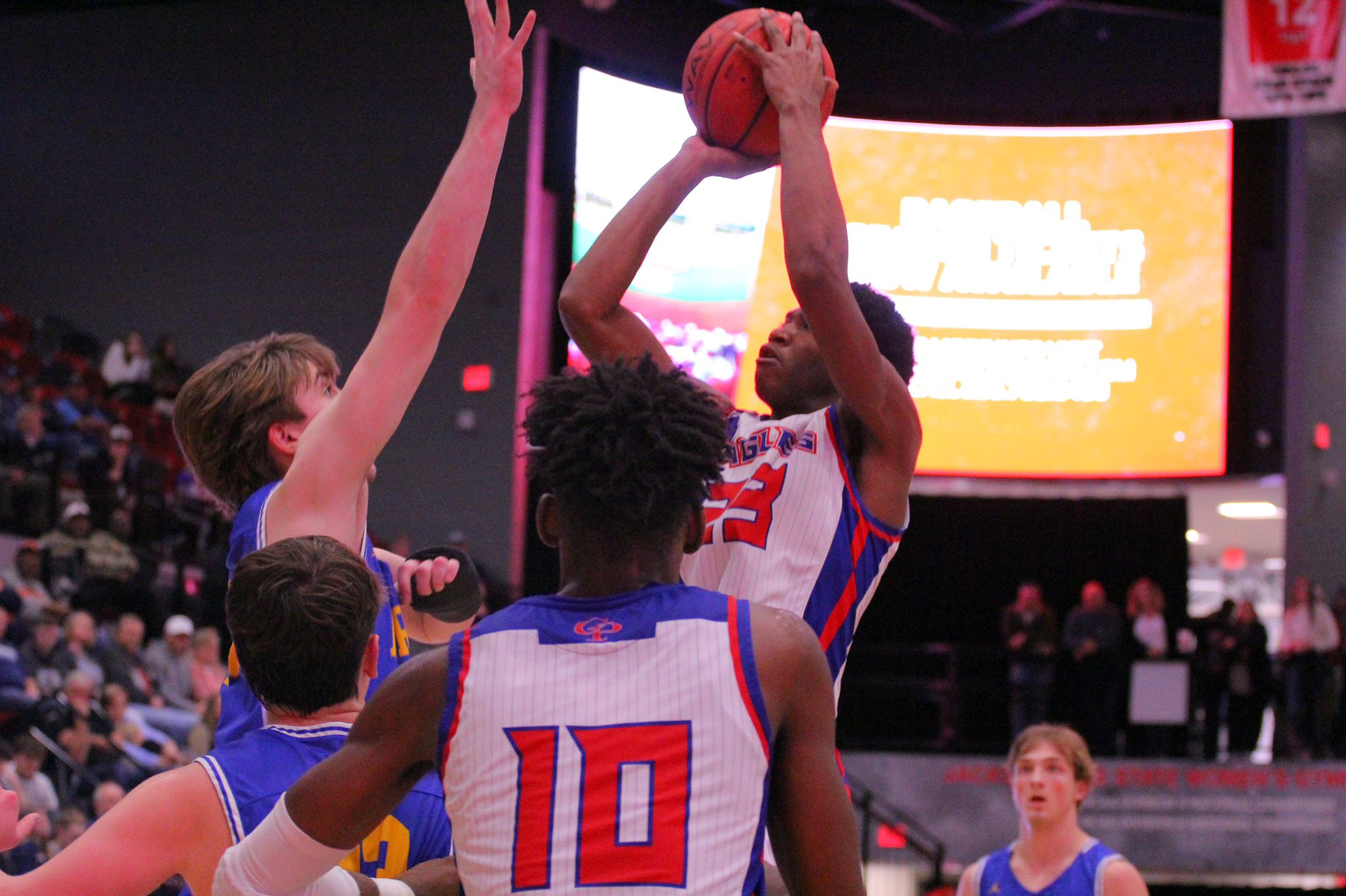 JACKSONVILLE — The Center Point boys’ basketball team shook off an early deficit to cruise past Arab, 57-43, on Saturday at Jacksonville State University in the Sweet 16 of the Class 5A state tournament.

The win returns the Eagles to the regional finals with a clash against Area 10 opponent, Springville. Despite suffering through a rollercoaster of a season, Center Point earned a berth into the Elite Eight for the second consecutive year. Prior to entering the area tournament, the Eagles were 11-13 with just four victories in their previous 10 games. This follows a first part to the season where in which Center Point opened 0-5. 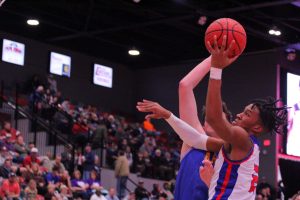 Following that span, the Eagles regrouped and ticked off a 7-2 run to right the ship and set the stage for the remainder of the season.

Center Point entered Saturday’s contest winners of five out of its past seven games. Arab entered the game 19-10 and with just five losses since Dec. 5, 2019.

The Eagles opened the Sweet 16 with their offense humming. As a result, Center Point jumped out to a 4-0 lead before Arab countered and tied the game at four. Arab then took its first lead of the day following a Trevor Miller 3-pointer at the 4:53 mark of the first quarter.

Arab nursed a slim 13-12 lead at the conclusion of the opening quarter.

Center Point asserted itself defensively in the second quarter. The Knights managed to score just four points in the quarter as the Eagles stretched their lead to 24-17 following Jonathan Dudley’s 3-pointer with 52 seconds left in the first half. The Eagles delivered one final blow as William Nall connected with five seconds left in the half to give Center Point the 26-17 halftime lead.

The Knights would have no answer for the postseason Eagles in the second half. Behind a balanced offensive attack led by Jordan Chatman, Center Point extended its lead to 37-24 at the conclusion of the third quarter and then held the Knights at bay in the final frame to breeze into the Elite Eight.

Chatman led the Eagles with 16 points. He was followed by Jayson Jones’ 14 points and Jonathan Dudley’s 10 points. Jones’ performance came at the same university where the senior will soon grace the football field as a member of the JSU football team.

Center Point will next face Springville for the right to play in the Final Four set to be hosted in Birmingham. The anticipated rematch will be the third time that the two teams have faced each other this season. The Eagles won the first matchup decisively, 57-26, but fell in the final two games, most recently in the Area 10 championship game, 56-40.

Springville enters the contest on a 15-game winning streak.