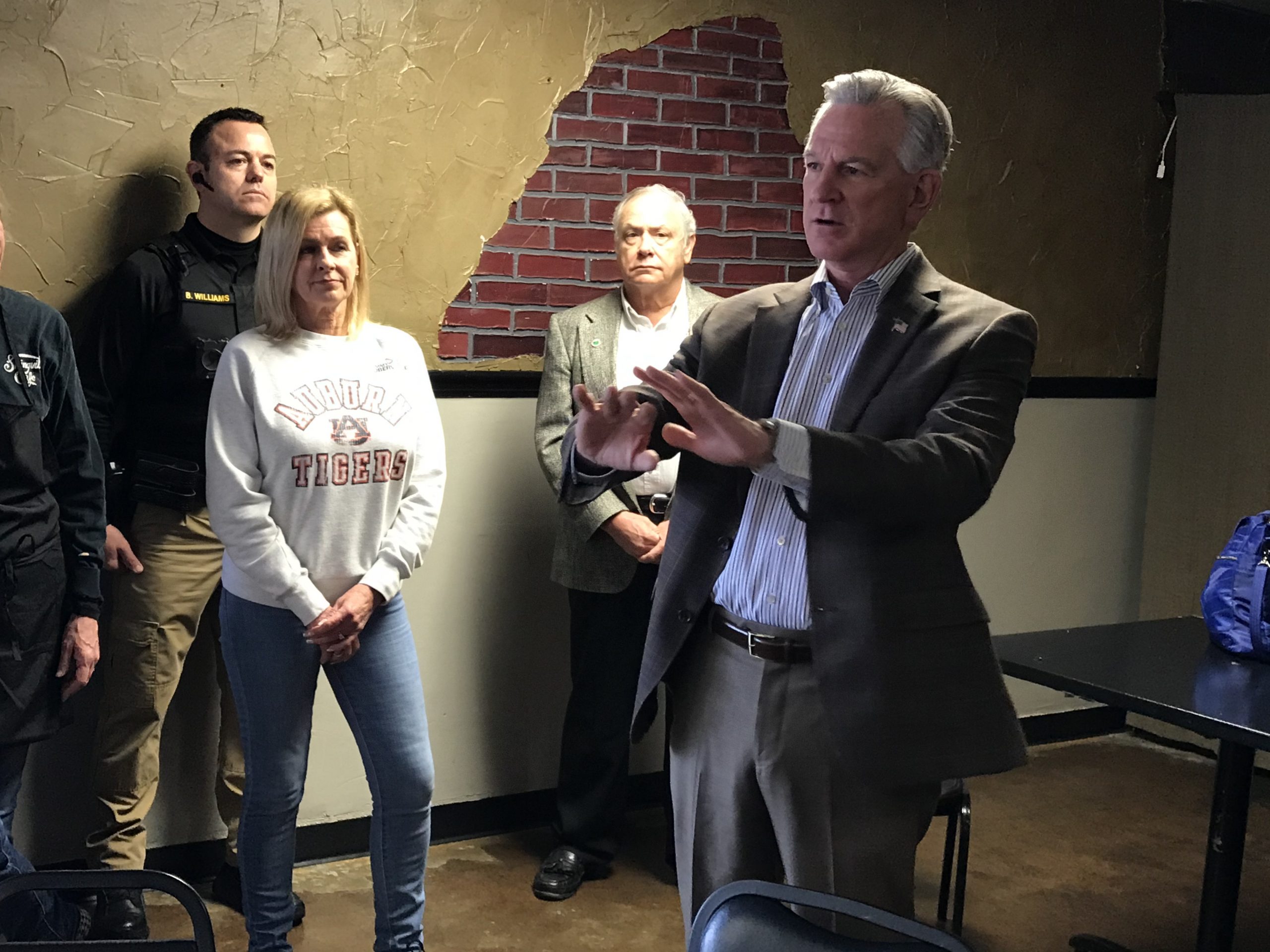 SPRINGVILLE — A crowd of about 70 gathered at the Springville Café on Main Street Monday morning to hear from Senate candidate and former Auburn football coach Tommy Tuberville. Tuberville is making stops to speak to potential voters as the March 3 primary elections approach.

Polls and pundits are predicting a close election and a likely runoff in the race to challenge Democratic incumbent Doug Jones in the fall general elections.

The former Auburn coach was introduced by Springville Mayor William Isley who thanked the candidate for paying attention to the needs of smaller cities. Mayor Isley welcomed Coach Tuberville with a souvenir Springville lapel pin and invited the candidate and his staff to come back again and see how beautiful Springville is lit up at night.

As he started his speech, Tuberville was welcomed with a few cries of “War Eagle” and even a few shouts of “Roll Tide” but most of the crowd appeared very interested in his views on the Senate race.

“My wife and I prayed about this, about doing public service,” said Tuberville. “I don’t need another career. I want to help the people of this state and this country. I want to help our President Donald Trump because he’s got very little help up there,” he said, sparking an “amen” or two from the crowd.

Tuberville got a big cheer when he announced he would not be taking a salary and would instead donate his paycheck to veteran causes. He challenged other members of Congress to do the same. 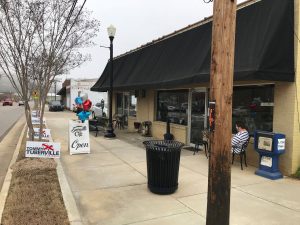 Tuberville added that members of Congress should donate their time and work in real jobs.

A recent Mason-Dixon poll shows former Senator Jeff Sessions at 31%, Tuberville within the margin of error at 29% and U.S. Rep. Bradley Byrne in third place with 17%. All three are favored against Jones in the general election, according to the poll, but Tuberville feels his position as an outsider strengthens his appeal with Trump voters.

“President Donald Trump has come in and put patriotism back in this country,” said Tuberville. “Did y’all see that yesterday at Daytona? It brings tears to your eyes. There weren’t many Democrats in that stadium,” he said, evoking laughter. “He’s not a politician. He’s a patriot and he doesn’t need their money. He’s not going up there to steal every dime he can get ahold of.”

Tuberville said he expects political attacks to intensify as the campaign enters the final 14 days before the election. He joked that he might be attacked for being fired from Auburn but added his opponents can’t get fired because they have never had jobs.

“I’m not afraid of them,” said Tuberville. “Paul Finebaum tried to get me for 20 years. They can say anything they want but just don’t believe it.”

Tuberville took several minutes of questions from the crowd on issues ranging from social security to his pro-life stance on abortion. He even fielded a question about his opponent, Jeff Sessions.

“He walked away from it,” he said in reference to Sessions recusing himself in the Russian investigations. “He gave everything to the liberal lawyers and look what happened the last three years. Now he’s putting that red hat on and that really pisses me off.”

The campaign stop in Springville was part of Tuberville’s “The People vs The Swamp Bus Tour.” The tour moved on to Gadsden Monday afternoon before continuing around the state prior to the primary election next month.