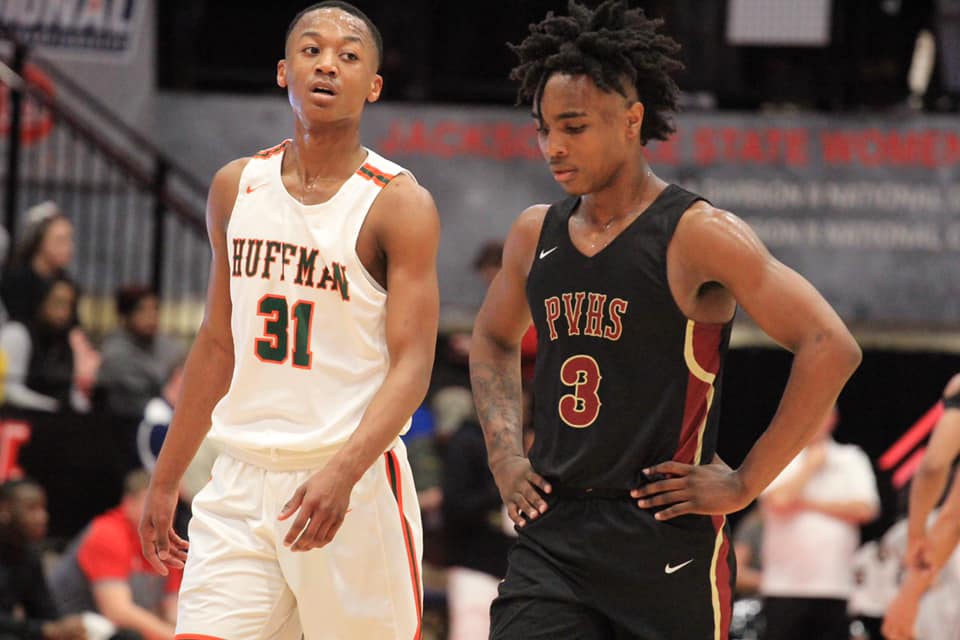 JACKSONVILLE — Pinson Valley suffered a gut-wrenching defeat at the hands of Huffman on Tuesday, 76-74, as the Vikings utilized a buzzer-beating 3-pointer in regulation and a late technical foul in overtime to stun the Indians and advance into the Final Four of the AHSAA state tournament.

The Indians’ season ends with a record of 28-4. The loss was the first for Pinson Valley since December and the defeat was the third straight suffered against Huffman this season. 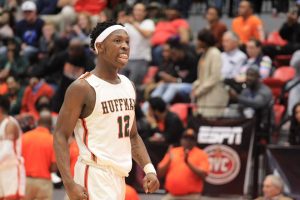 From the opening tip, Huffman was able to assert its will on both defense and within the paint thanks to its length and athleticism. Despite Huffman’s hot start, the Indians closed the first quarter on a 10-4 run to knot the score at 16-all. Ga’Quincy McKinstry recorded eight first quarter points to keep the Indians afloat.

“A lot times this season we were undersized, but when you’re the number one team everyone is gunning for you and everyone is always going to give you their best shot on a night in and night out basis and we know that,” Pinson Valley head coach Darrell Barber said. “We’ve seen it all year long so it is definitely a testament to the grit of my guys because we would never give up and never stop fighting.”

The Indians began to find themselves in foul trouble in the second quarter, which would become detrimental later in the game with McKinstry picking up his third foul and Kam Woods picking up his second in the final minutes of the first half. Regardless, Pinson Valley was able to keep pace with Huffman and enter halftime trailing by just two points, 34-32.

The second half was normally when Pinson Valley asserted its will, but instead, it was the Vikings who stormed out of halftime behind a 16-6 run over the first four and half minutes of the third quarter. As a result, the Vikings built a 16-point lead with just over a minute and half left in the quarter. However, the Indians scored six straight to end the third and would enter the fourth quarter trailing, 55-47.

The Indians added upon their 6-0 run to end the third and pulled to within four points of Huffman on a Woods layup. Yet, the Vikings scored two quick baskets to stretch their lead back to eight points. The Indians proceeded to find themselves down five points with 1:40 remaining in the game.

Woods then rose to the occasion and outscored Huffman 9-1 over the final two minutes of regulation. With a three-point lead in the waning moments of the game, Huffman dug into its bag of desperation and pulled out a James Burgess 3-pointer at the buzzer to knot the game at 69-all.

Bless my heart. Huffman drills a 3-pointer in the final seconds to avoid the upset and send this one into overtime. @TribSportsLive @PinsonHoops @GaQMcK1 @thecamscott_ pic.twitter.com/xCbExvyKjq

In overtime, Pinson Valley scored four straight points and seemed on to be on the path to yet another Final Four berth. However, Huffman promptly responded with a 3-pointer with 1:28 remaining to pull within one point.

Pinson Valley was then dealt a major blow when senior stalwart Woods fouled out in the crux of overtime. Despite his absence, the Indians found themselves ahead, 74-72, after a McKinstry free throw. The Vikings then tied the game at 74-all with just under a minute to go.

With 41 seconds left in overtime, the Indians called their first timeout. Following the timeout, the Indians bled off another 13 seconds before calling another timeout in an effort to set up the last shot. But with nine seconds remaining, Pinson Valley attempted to call yet another timeout; however, the Indians had no timeouts left. 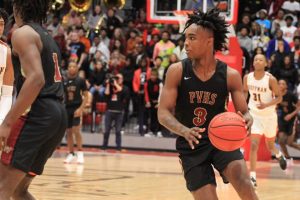 That unfortunate miscalculation resulted in a technical foul, which sent the Vikings to the line and allowed them to retain possession following the free throws. Pinson Valley was not able to recover from the situation.

Woods ends his high school career averaging 37 points per game this season and departs the program as one of the best, if not the best, basketball player to play at Pinson Valley.

“Kam is like the son I never had,” an emotional Barber said. “We’ve been together for seven years now and I’m just extremely proud of him for what he’s done for himself. It’s been a pleasure watching him grow up from a young boy into the young man that he is today. There is no doubt in my mind that he is destine for greatness.”