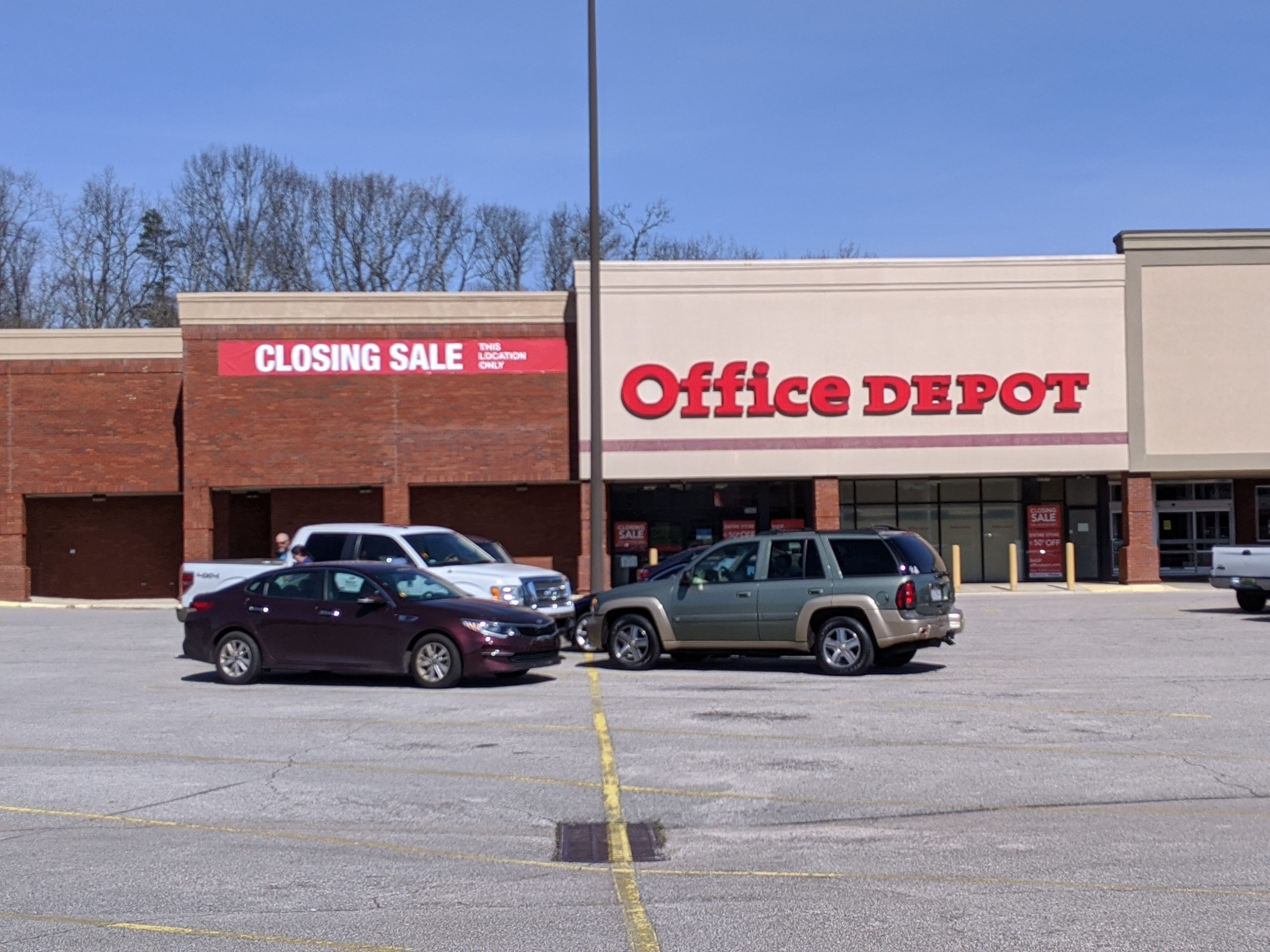 TRUSSVILLE — The Trussville Shopping Center on Chalkville Mountain Road will soon lose the last remaining anchor store. Office Depot has hung store closing banners in anticipation of the shut down.

Office Depot had announced it would close 90 locations in 2020 after closing 55 stores in 2019. The chain expects direct business-to-business sales to dominate its future growth. The retailer has closed several Office Max locations, as well.

CEO Joe Lower said the company’s stores might account for only 20% of all sales within three years.

The closure comes after Aldi left the shopping center to open a new concept store in Homestead Village on U.S. Highway 11 in 2019. Kmart in Trussville closed almost four years ago in 2016. At its peak, Kmart operated 2,486 stores. The chain is now down to 57 locations.

Shortly after Aldi left, the landmark restaurant Chicken and Seafood Box announced they would close and the owners were planning to retire.

National store closings have been rampant in recent years, but the lack of businesses to back fill the vacant store fronts in the Trussville Shopping Center is curious considering Chalkville Mountain Road has one of the highest traffic counts in Jefferson County.

The Full Moon Barbecue restaurant built on an outparcel of the center has produced steady business and significantly increased traffic in the area.