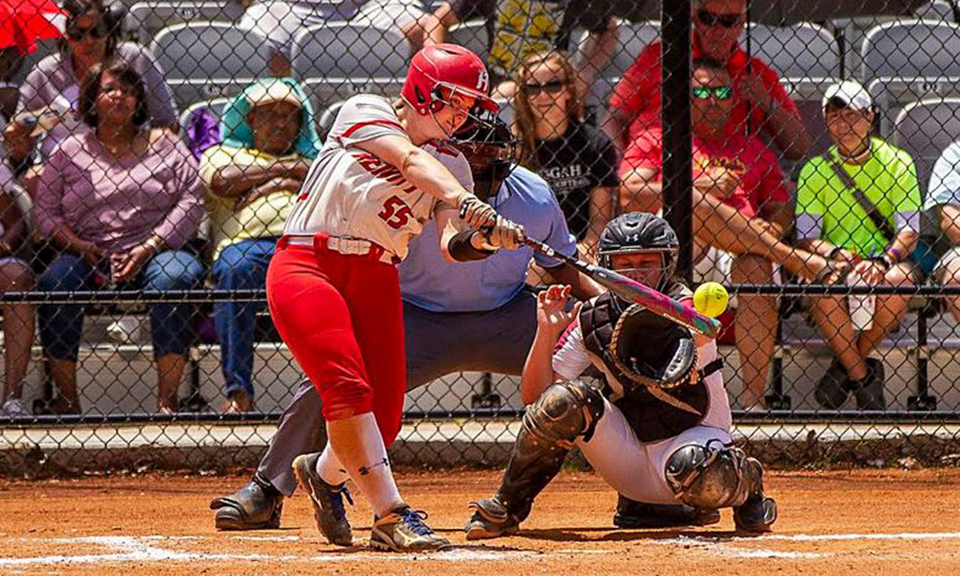 Crystal Maze at the bat Photo by Ron Burkett / Tribune.

PHENIX CITY – The Hewitt-Trussville softball team ushered in its Class 7A title defense this past weekend with an opening-season tournament win at the 2020 Sidney Cooper Invitational in Phenix City, Alabama.

The Huskies concluded the final day of the invitational on Saturday with a 3-0 clean sweep of Gulf Shores, Enterprise and Central Phenix City. Hewitt-Trussville opened its season with a 0-0 tie against Spanish Fort in the tournament opener on Friday.

At the event, Hewitt-Trussville, Tallassee, ACA and Spanish Fort all went 3-0. The Huskies claimed the run differential tiebreaker to win the invitational.

Despite a sluggish start offensively to begin the season, the Huskies found their groove to open Saturday’s three-game schedule with a 12-0 victory over Gulf Shores. Behind Sarah Hindman’s complete-game three hitter, the Huskies’ defense silenced a Gulf Shores team that finished this past season 27-16-1. Offensively, Crystal Maze went 3-for-3 with two runs batted in. Jenna Lord recorded six RBI, and Hannah Dorsett and Kenleigh Cahalan added two hits, respectively.

The Huskies closed out the invitational with a 4-2 win over Central Phenix City. Hewitt-Trussville trailed 2-1 before Cahalan recorded a two-run home run to give the Huskies a 3-2 lead. Lord padded that lead with a home run. Tori Hyde pitched five innings in the victory.

According to statistics provided by the softball team, the Huskies’s offense recorded 34 hits, six doubles, 10 home runs with 31 runs scored during the two-day invitational.