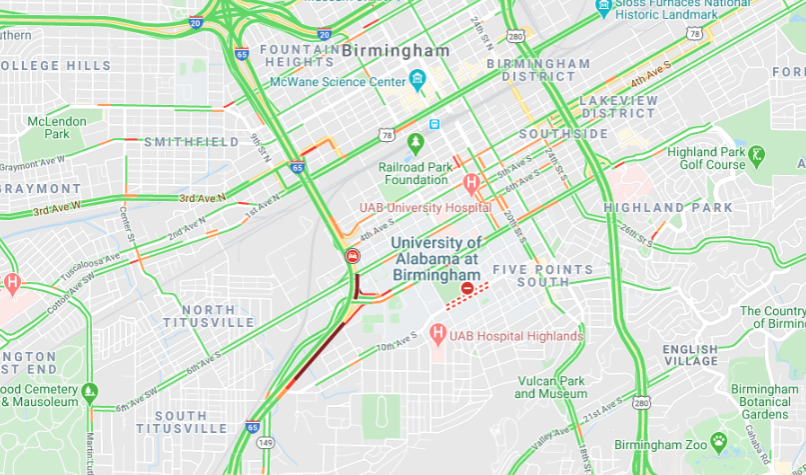 Man killed in wrong-way crash on I-65 identified

BIRMINGHAM — A man killed in a head-on crash on Interstate 65 has been identified.

Jefferson County Coroner Bill Yates said the crash happened at 6:30 a.m. Birmingham Police received several reports, before the crash, of a wrong-way driver on I-65. A pickup truck was traveling south in the northbound lane.

Causey’s vehicle was struck by the pickup truck between the University Boulevard exit and the Third Avenue North exit. Causey’s passenger, the driver of the pickup truck and a passenger in the pickup truck were all taken to the hospital for treatment. Causey was pronounced dead on the scene at 6:47 a.m.

As crews worked the scene Sunday, that portion of I-65 was closed.