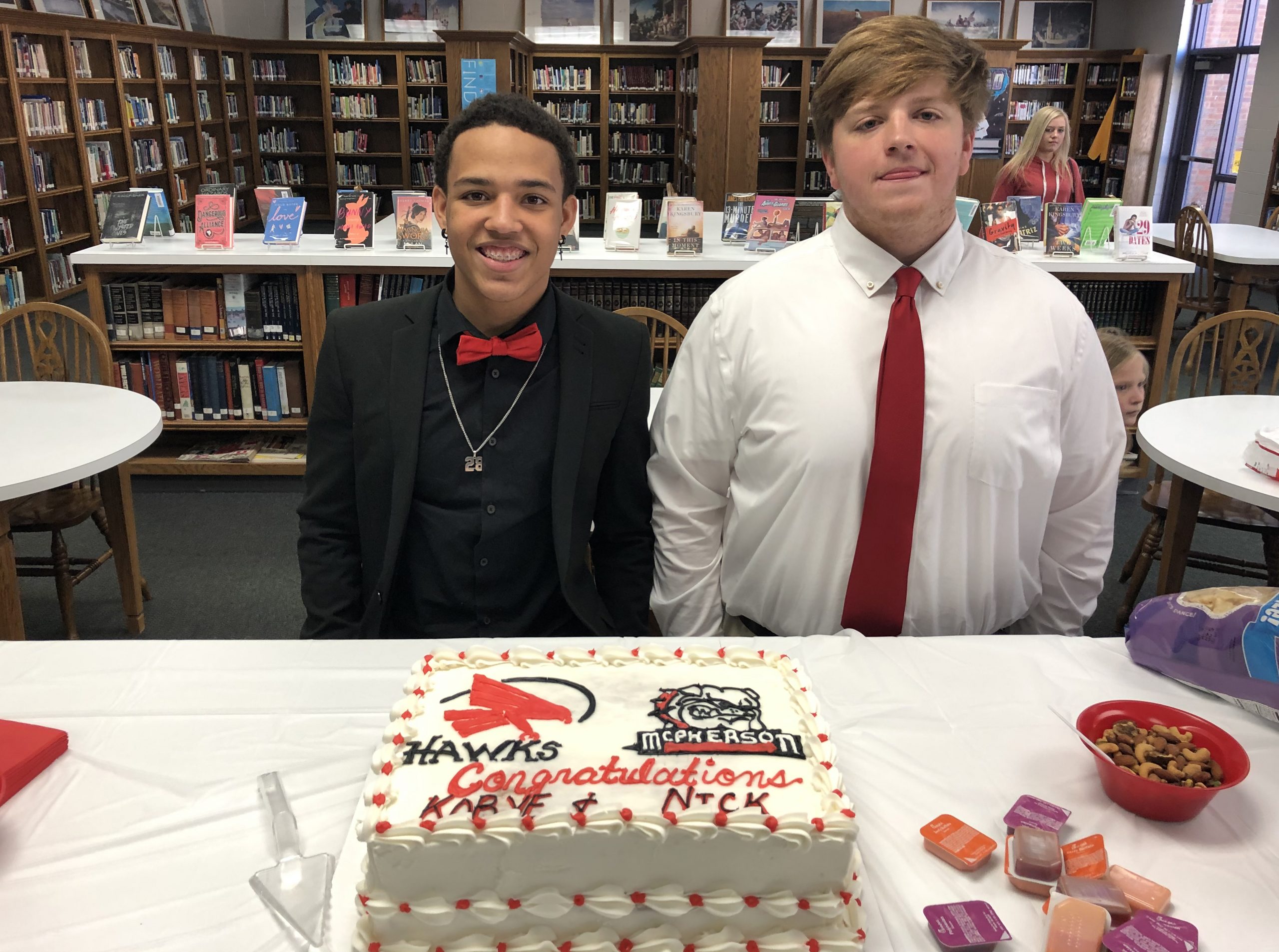 SPRINGVILLE — The Springville High School football team will make the transition into Class 6A without the services of two senior stalwarts who signed their letters of intent this past Friday to further their athletic careers in college.

Both Kobye Payton and Nick Giangrosso signed their letters within the confines of the high school gymnasium before teammates, friends and coaches. 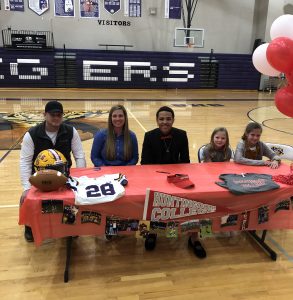 Payton will next take his services to Huntingdon College in Montgomery, Alabama.

“First, I would like to thank God for blessing me to play the sport of football,” Payton said. “He has put obstacles in my way, and I found a way to overcome them. I would also like to thank my family for helping me find the college I (will) call home for the next four years of my life and also the coaches who have taken time to make me a better player and push me every time I stepped on a field into the weight room.” 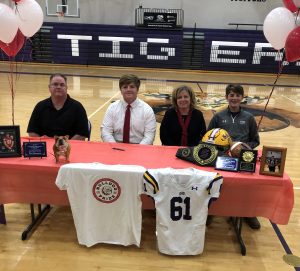 Payton finished his senior season for the Tigers with 923 rushing yards on 151 attempts with five touchdowns. He also recorded 14 receptions for three touchdowns and ran back a kick return for a touchdown.

The senior running back next will join a Huntingdon team that finished the 2019 season 8-4 and advanced into the second round of the NCAA Division III playoffs.

“I’m excited for him,” Springville head coach Michael Graben said. “(He’s) a hard worker who deserves everything he gets. He was one of our toughest players (even though) he weighed about 160 pounds, but he ran like he was 210 pounds.”

Giangrosso will take his services to McPherson College in McPherson, Kansas.

The senior offensive lineman fronted a Springville attack that heavily relied on the running prowess of Payton and Pearson Baldwin. According to Graben, Giangrosso was one of the best lineman that he has coached in his career.

“He practiced hard. He played hard, and he worked hard in the weight room,” Graben said. “We’re excited for him and can’t wait to watch him play.”

Giangrosso will next play for a McPherson team that finished this past season 5-6, which so happens to be the best record that the team has achieved since going 5-6 in 2014.