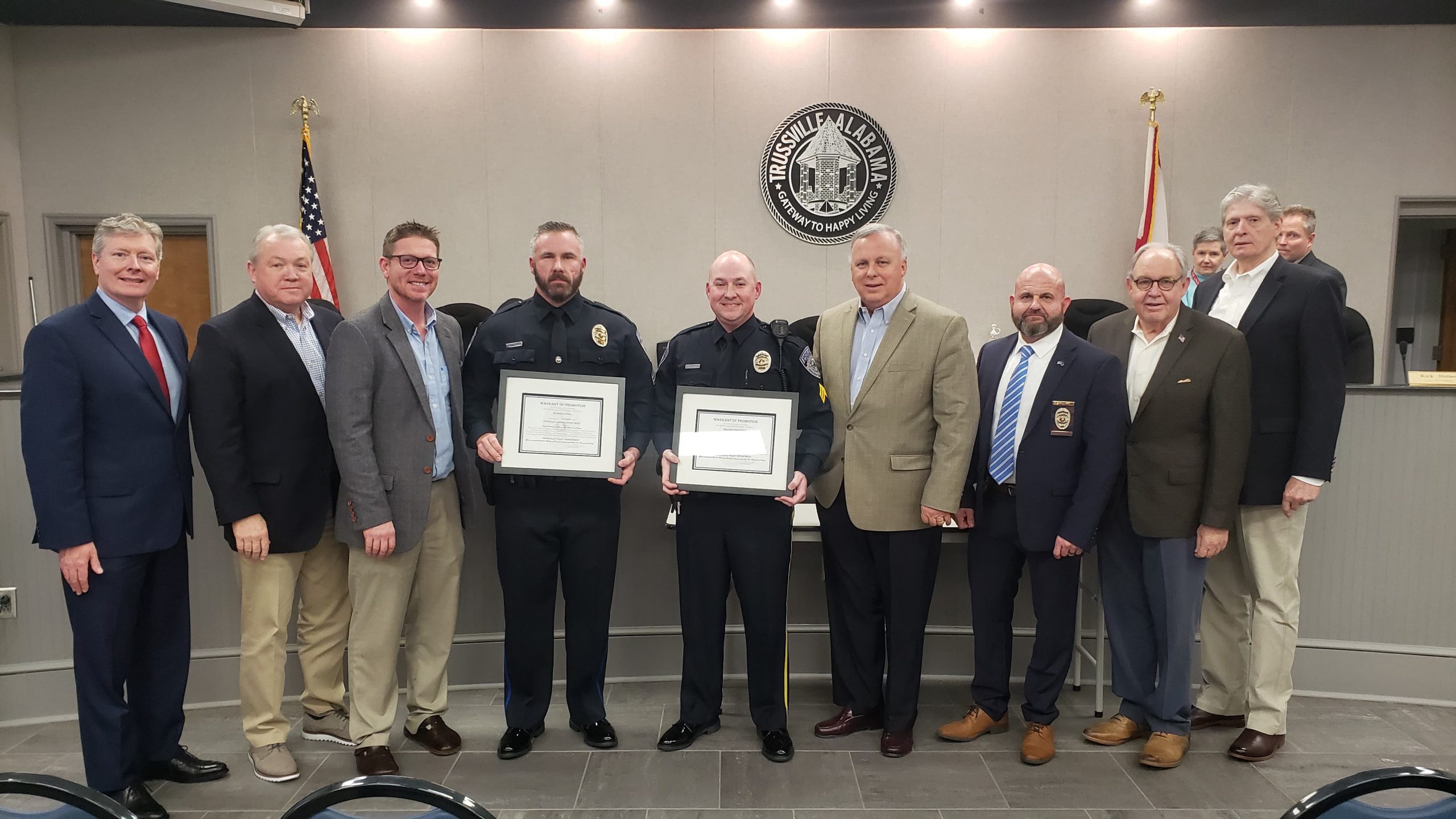 TRUSSVILLE — The Trussville Police Department promoted two officers to the rank of lieutenant during the Trussville City Council meeting on Tuesday, Feb. 25.

Lt. Posey will now be the commander of the Jail/Communications Division and Lt. Lovell will be commanding the Patrol Division.

“Posey and Lovell are very deserving of the promotions,” said Police Chief Eric Rush. “I’m confident that they will continue to do a great job in their new roles.” 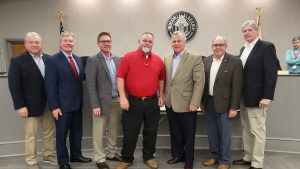 “The job that Public Works has is a tough job,” said Choat. “Frank is ‘Johnny-on-the-spot.”

The council approved franchise agreements with Charter and C-Spire. C-Spire will offer fiber optic internet connections to homes and businesses in Trussville. The first service should be available within the next two months.

The council passed a proclamation recognizing the Leland Dockery Tribute Cruise-in. The event will be on April 4, 2020, at 9 a.m. Councilman Alan Taylor abstained from the vote because the event will be at First Baptist Church, where he is employed.

Another measure passed approves the right of way acquisition for downtown loop roads. The city will acquire seven additional pieces of property. Councilman Alan Taylor abstained from the vote because he is employed by the First Baptist Church, and some of the property near the loop road is owned by the church.

Items approved as part of the consent agenda included: