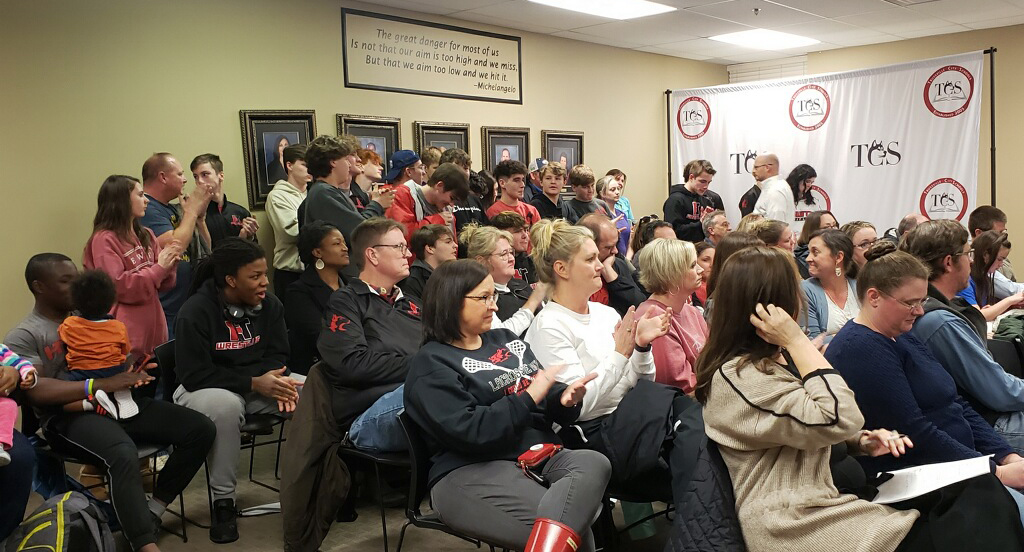 TRUSSVILLE — The dismissal of Hewitt-Trussville head coach Dave Barden has raised consternation and frustration throughout the Trussville wrestling community as witnessed on Monday night during the Trussville City Schools’ Board of Education meeting.

Barden, a University of Tennessee Chattanooga Hall of Fame wrestler and collegiate wrestling national championship qualifier, was recently relieved of his duties as the Huskies’ wrestling head coach following a possible ethics violation that stemmed from the sale of merchandise to his team and a possible AHSAA violation for allegedly falsifying the weights of his wrestlers.

Despite the accusations, the Hewitt-Trussville wrestling community packed into the board room of the central office in a show of support for a coach who parents and wrestlers claim has elevated the program on and off the mat.

“I am here to speak as a representative for the wrestling parents and student-athletes who would like to share with you the positive impact that coach Barden has made in our children’s lives,” Bard Cantwell told the five-member school board. “We are not here to cause a riot. Nor are we here to hurt the wrestling program. We are here to state on record … that we disagree with the removal of coach Barden as head wrestling coach.” 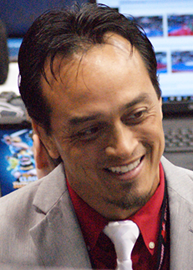 Barden faces a possible ethics probe that centers on the sale of personally-made sweatshirts to the team and a possible AHSAA violation for falsifying the weights of his wrestlers during meets.

According to Heather Cantwell, the mother of two current Hewitt-Trussville wrestlers, Barden did indeed sell the sweatshirts, but not for profit. In fact, she believes that Barden did the parents a favor as the rising cost of high school athletics has pinched many families, and in some cases, pushed families out of providing an athletics avenue for their children.

“I know that’s why he was doing it,” Heather Cantwell said of Barden personally selling the sweatshirts in an effort to help mitigate the exorbitant cost of anything related to athletics these days. She said the same shirts through the school vendor would have been more expensive.

As for falsifying the weights, the parents fully understand the unacceptable nature of the violation, but the punishment does not fit the crime, according to Heather. Speaking for the parents before the board, Bard admitted that Barden had committed a violation, but termination is not a justifiable response for a man who has done considerably more good in his four years as the Hewitt-Trussville wrestling head coach than bad.

“I understand that he has committed a violation of rules,” Bard Cantwell said. “And he should have served a punishment. The punishment that he has received does not fit what he did. Barden is not perfect. He admits his mistake, but the good he has done for our boys outweighs the violation.”

“Trussville City Schools is working to fill the varsity wrestling head coach position for the 2020-21 school year,” Hewitt-Trussville athletics director Lance Walker said in a statement. “As always, we are looking for the individual that does an outstanding job in the classroom and leads our wrestling program in an exemplary fashion. We would like to thank coach Barden for the contributions he made to the program, and wish him the best of luck moving forward. Hewitt-Trussville wrestling has a storied history, and we look forward to selecting the next leader for our wrestling program.”