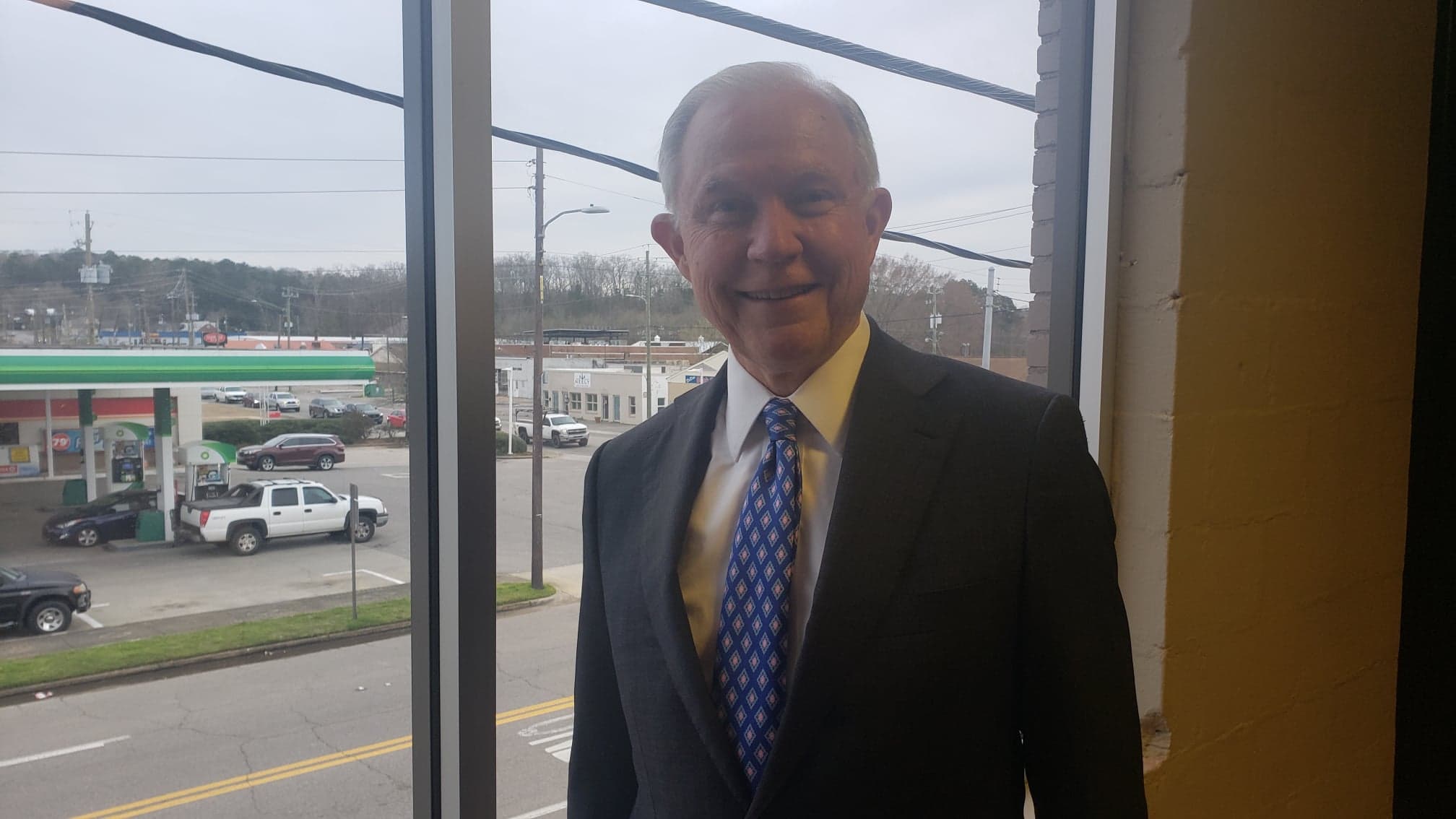 TRUSSVILLE — One week before the March 3 primary, Senate candidate Jeff Sessions took a few minutes out of his campaign schedule to stop by The Trussville Tribune for a quick interview.

As Sessions talked about the week ahead, he said he is confident he is the best candidate to represent what the people of Alabama want in leadership.

“I think it’s really important for the voters to know that I’m very serious about the race,” said Sessions. “I believe that I am motivated and ready to contribute in a way someone else might not.”

Sessions said he is not a career politician, as some of his opponents have said. 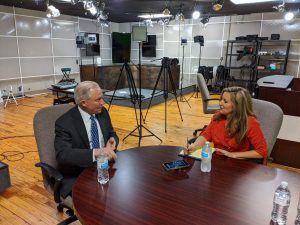 “I have always tried to represent, with a pure heart, the people of Alabama,” Sessions explained.

In the primary, Sessions will face off against Bradley Byrne, Tommy Tuberville, Roy Moore, Stanley Adair, Arnold Mooney, and Ruth Page Nelson. Sessions said with his experience, he is ready to contribute in ways that are most important.

“We will have a window of opportunity with Trump’s re-election, which I think will happen, and therefore, we have an opportunity to end illegality and fix the border,” said Sessions. “We’ve got a lot of people who do not want that to happen, which is to me, almost unimaginable. We can complete the wall, but we have to close some legal loopholes that make it so hard for our border patrol to be successful. But with a few actions and not a whole lot of money, we can make this happen, but if we don’t get it done, that would be bad.”

Sessions said he supports how President Donald Trump has stood for American manufacturing, handled trade with Mexico and Canada and how he is now working on trade policies with China.

When it comes to the party divides among lawmakers in Washington, Sessions said he believes another term for President Trump would ease tensions.

“Usually, a president that gets re-elected, particularly if they have a strong, solid vote, has momentum and the other party backs off some, compromises some, and you get some things done for a year or two before it settles back into more negativity,” Sessions said. “So, I do think we have an opportunity there to get some things done and I know the big issues. I’ve been working on them for a long time and I think I know what the people of Alabama want.”

Sessions said he is pleased with the outcome of the recent impeachment trial.

“It was proven the president didn’t do what they said,” Sessions said. “They were investigating me, remember I was a key member of the Trump campaign. I traveled with him all over the country, I nominated him at the Republican Convention, I introduced him at rallies, I was the first Senator to endorse him months before any other Senator endorsed him. I saw in him a strength that I thought was unusual.”

Even though the president hasn’t always agreed with Sessions, even forcing him to resign as U.S. Attorney General, Sessions still stands by the president because he says he truly believes Trump is right for the country.

Sessions said the most hurtful thing for him would be if President Trump didn’t succeed and if his policies failed.

“Everybody works for him and if someone isn’t satisfying his vision, he has every right to remove them and put somebody else in there,” Session added.

“For example, homicides had jumped 20% in the last two years of the Obama administration, after 30 years of decline,” Sessions explained. “I announced homicides were not going up, they were going to start going down. We met with our state and local police officers and our sheriffs. We had every federal prosecutor draw a plan up to attack violent crime. Even the first year it turned down.”

Sessions said he also defended religious freedom, freedom of speech and pro-life rights, as well as the president’s immigration policies.

When it comes to leaving a legacy, Sessions said people shouldn’t plan the impression they leave on others. He believes if you do the right thing, a legacy comes naturally.

“I think worrying about your legacy is a mistake,” Sessions said. “I’ve seen a lot of people that seem to worry about that and I think it’s not good. I think what you should do, a good public servant should just every day try to do the right thing and the legacy will take care of itself.”