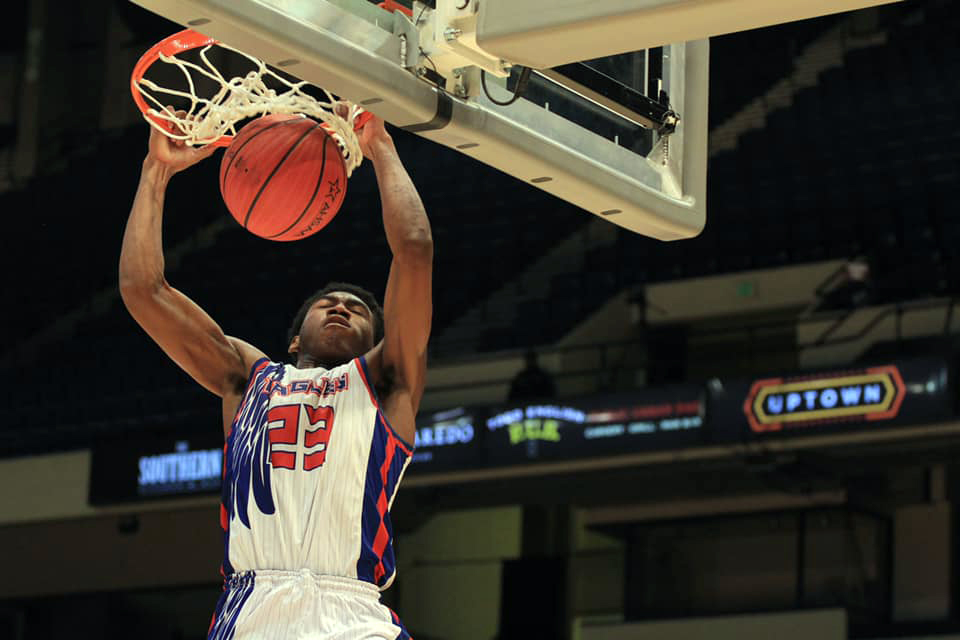 BIRMINGHAM — The Center Point boys’ basketball team weathered a late Ramsay fourth-quarter run on Wednesday to hold off the Rams, 57-54, and book its return trip to the Class 5A state championship.

The victory sends the Eagles back to the BJCC in Birmingham for the state championship game, which is scheduled to be played on Saturday, Feb. 29, at 10:45 a.m. Center Point will face either Fairfield or Leflore.

“Where we from, there’s not a lot of expectations,” Center Point head coach Rodney Chatman said. “We’re just trying to make Center Point proud. I get on them hard because they have so much potential.” 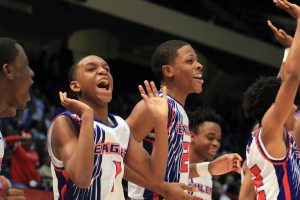 Despite holding a six-point lead to end the third quarter, 46-40, Center Point nearly witnessed its season crumble and blown into the obscurity of the offseason as Ramsay mounted a furious 12-2 rally in the final quarter to even the game at 48-all and eventually take the lead at 50-48 with just over five minutes to go in regulation.

Yet, Center Point stayed steady despite being hounded in the final quarter by a Ramsay squad that swarmed Center Point with a suffocating full-court defense, which forced multiple turnovers and a sudden tentativeness on offense.

As the Rams built their newfound lead, 52-48, with 4:40 left in the game, the Eagles turned to junior William Nall to cease the bleeding. Nall’s layup with 4:17 remaining ended the Rams’ run and pulled Center Point to within two points, 52-50. Two minutes later, Nall regained the lead for the Eagles, 53-52, which was promptly taken away by Ramsay’s Calvin Burns.

There were 13 lead changes in the game.

Now trailing 54-53 with 1:28 left in regulation, and with the Eagles’ season now on the brink, junior Jordan Chatman stepped to the line for two free throws, which he sank to give Center Point the lead at 55-54 with one minute left.

“Throughout the season, I’ve made a bunch of free throws,” Jordan said. “I was just trying not to let the moment get too big.”

Center Point would nurse the lead gained by Jordan until the final buzzer.

The Center Point boys are state championship game bound after a strong second half propels the Eagles past Ramsay. @TribSportsLive @PrinVanPhillips @CoachBates7 pic.twitter.com/TRvZyknfj7

The contest was a back-and-forth affair throughout. Ramsay held a slim lead, 14-10, to conclude the first quarter, but Center Point took advantage of poor shooting from the Rams in the second quarter to head into the half with a 25-22 lead. Ramsay shot just 38.5% in the first two quarters.

The offenses on both sides of the ball found their footing in the third quarter as the two teams shot over 60% from the field. Ramsay’s 7-0 run to end the second quarter carried over into the early stages of the second half as the Rams jumped out to a 30-24 lead before Center Point regained the lead with 2:30 left in the third frame.

The Eagles then hunkered down in the latter stages of the third quarter to take a 46-40 lead before Ramsay mounted its final rally that fell just short.