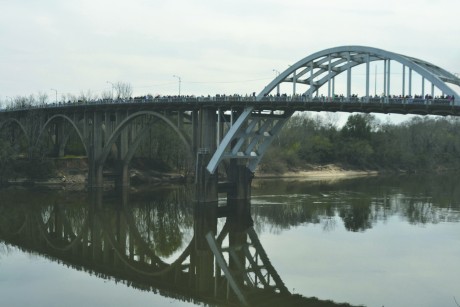 SELMA, Ala. (AP) — Democratic presidential hopefuls are coming to Selma on Sunday as part of their final push before the Super Tuesday primaries.

The candidates are attending the 55th anniversary of “Bloody Sunday,” the infamous 1965 march in which civil rights demonstrators were beaten on the Edmund Pettus Bridge. The event galvanized support for the passage of the Voting Rights Act that year.

The annual commemoration has become a regular stop for candidates to court African American voters and pay homage to the fight for voting rights. Sen. Bernie Sanders attended the commemoration last year.

Warren, Klobuchar, Steyer and possibly other candidates will attend an afternoon candidates forum moderated by Joy Reid of MSNBC and the Rev. Mark Thompson. The forum will be held at Wallace Community College.