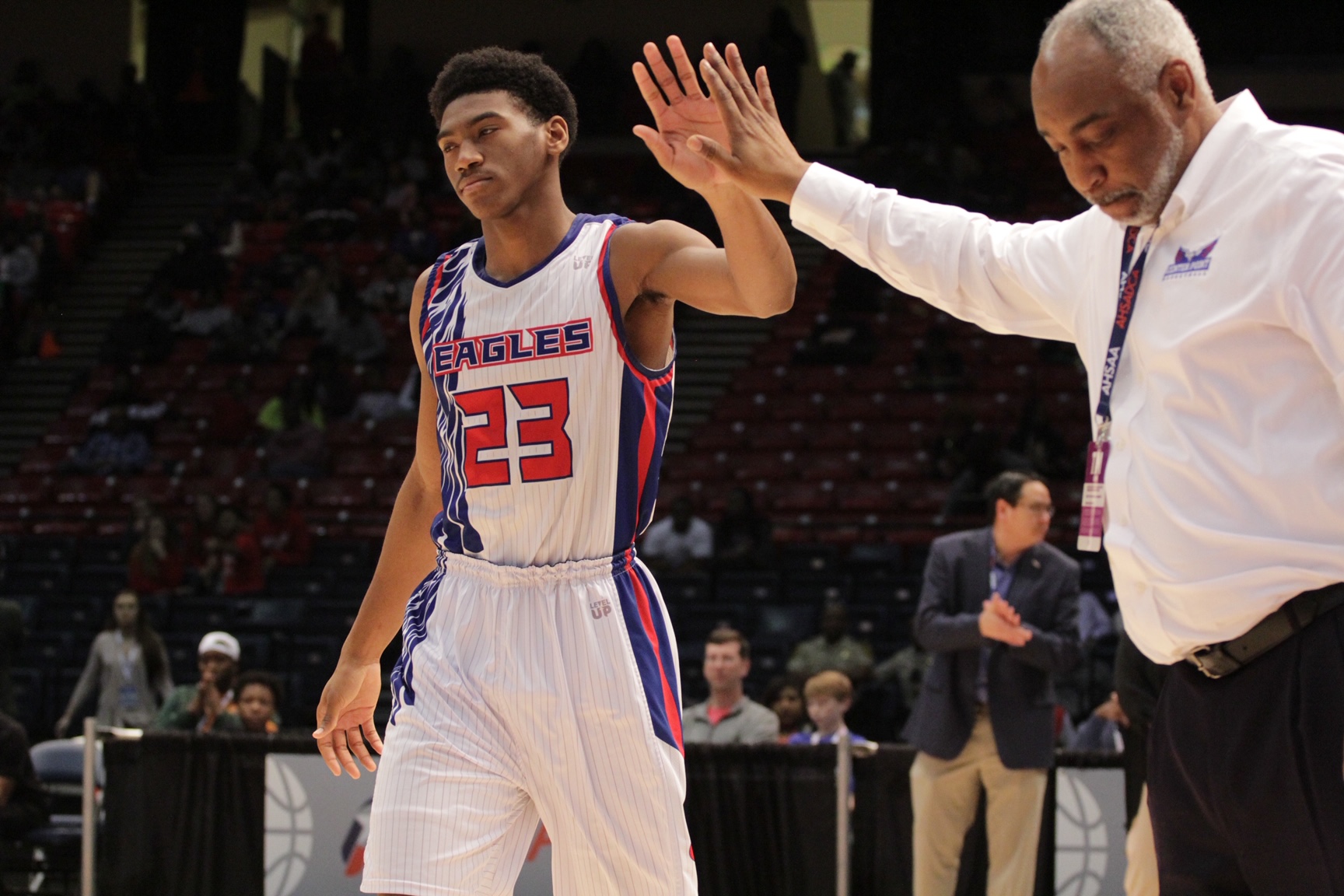 BIRMINGHAM — The Class 5A boys’ basketball title remained just out of reach for Center Point for the second consecutive season as the Eagles succumbed to Fairfield, 50-42, in the 2020 AHSAA state championship game on Saturday at the BJCC in Birmingham. 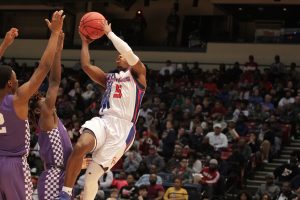 Behind a poor shooting performance and an inability to stop Fairfield in the paint, the Eagles’ dominant tournament run fell just short yet again in an act of bitter déjà vu  —  Center Point fell to Wenonah, 51-34, in the 2019 title game.

The Eagles had little time to relish the spotlight on Saturday as Fairfield asserted itself as the aggressor from the opening tip and quickly jumped out to an 11-0 lead before Center Point recorded its first points of the game after a William Nall 3-pointer with 3:14 left in the first quarter. The Eagles managed to cut the deficit to just five points after an R.J. Orr layup with 55 seconds left in the opening frame, but Fairfield held on to take a 14-7 lead into the second quarter.

That deficit for the Eagles continued to grow as the clock ticked its way down in the second quarter. After three minutes of play, Center Point trailed 20-9 and had a hell of a time finding its rhythm on offense and had trouble figuring out how to adapt and attack the length of Fairfield. Though Fairfield’s Reginald Perry only scored 13 points with 10 rebounds in the game, the behemoth was like an immobile statue in the paint. His presence alone dictated the action of the Eagles.

“They’re going to pound the ball inside,” Chatman said of Fairlfield. “And they have one or two guys that can shoot. That’s not our strength. They were going to take away the goal; we knew that. So, we had to put up open shots to see if we can make them. If we’re making the shots then he has to adjust his defense, but if we’re not making our shots then he can stay comfortable. It’s very hard to get to the goal.”

The Eagles would not score a point for the first six minutes and 48 seconds of the second quarter. Jonathan Dudley finally broke the scoring drought with a jumper that narrowed the Eagles’ deficit to nine points at 20-11. Orr promptly connected on a 3-pointer, which was followed by a Jordan Chatman jumper to pull to within four points, 21-17, with 2:13 left in the first half.

Fairfield would take a 24-18 lead into the half despite shooting 60% from the field in the second quarter. Center Point would shoot 36%, which continued the poor shooting trend from the first quarter. 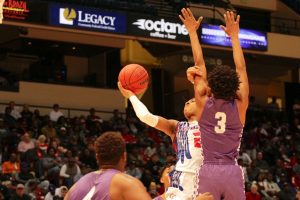 Center Point jumped out of the third quarter with a purpose and managed to cut its deficit to four points, 24-20, after a Chatman layup, but Fairfield would have a response seemingly ready each time the Eagles would come to within a stone’s throw of the lead. In fact, each time the Eagles managed to cut the deficit to four points, Fairfield would always find a way to do just enough to keep some space between it and Center Point.

“There were a lot of momentum changes,” Chatman said. “Like when R.J. got the steal, but then he lost it. We had a couple of open shots where we could have made them. It’s just one of those days.”

The critical blow for Center Point came in the waning seconds of the third quarter when senior Jayson Jones fouled a Fairfield shooter in the act of a 3-pointer as the buzzer sounded. Granted, the Fairfield player made just 2-of-3 free throws, but Center Point went into the fourth quarter trailing by eight points instead of a reasonable six points, 35-27.

The blow to moral increased considerably for Center Point in the opening moments of the fourth quarter as Fairfield jumped out to a 4-0 run that was only halted by a Chatman jumped with 6:35 left in regulation. By that time, the Eagles trailed by 10 points, 39-29.

The Eagles would narrow the deficit to six points multiple times in the final quarter, but their inability to connect on open shots proved to be their downfall. Center Point would shoot just 27% in the fourth quarter as Fairfield bled the clock and waited in anticipation of the buzzer sounding their indoctrination into the annals of history.

With it all now said and done, Center Point will head into yet another offseason still in search of its first state basketball championship title.

“It’s not easy,” Chatman said of advancing into the title game.

Fairfield utilizes an 11-0 run to open the game, a 5-minute long CP scoring drought in third Q and some timely shots to fend off the Eagles and claim the Class 5A state title. Loss was second straight title loss for CP. @TribSportsLive pic.twitter.com/Zcx3cONwyT