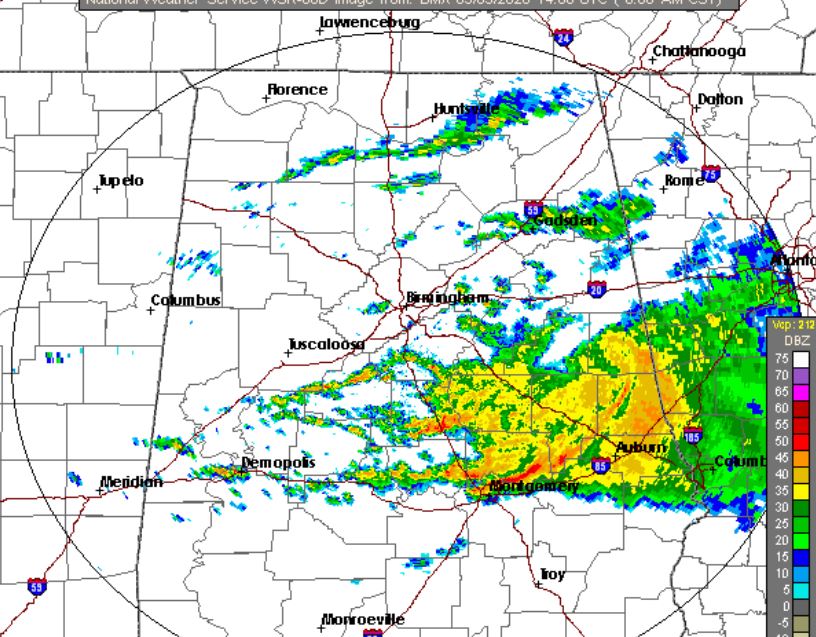 BIRMINGHAM — The National Weather Service in Birmingham said there was a confirmed tornado early Tuesday, in Chilton County.

The twister was spotted on the ground near the Chilton County Motor Sports Park.

Damage was reported after severe weather overnight in Greensboro, where multiple homes were damaged. Homes were also damaged and trees downed along Highway 69-S near the intersection of Highway 25. The NWS also had a report of a home damaged off Cashew Road in Hale County. EMA Director Russell Weeden said the damage path was at least 4 miles long.

Alabama Governor Kay Ivey ordered all flags flown at half-staff today, for a Day of Remembrance for lives lost one year ago today, during a tornado outbreak.