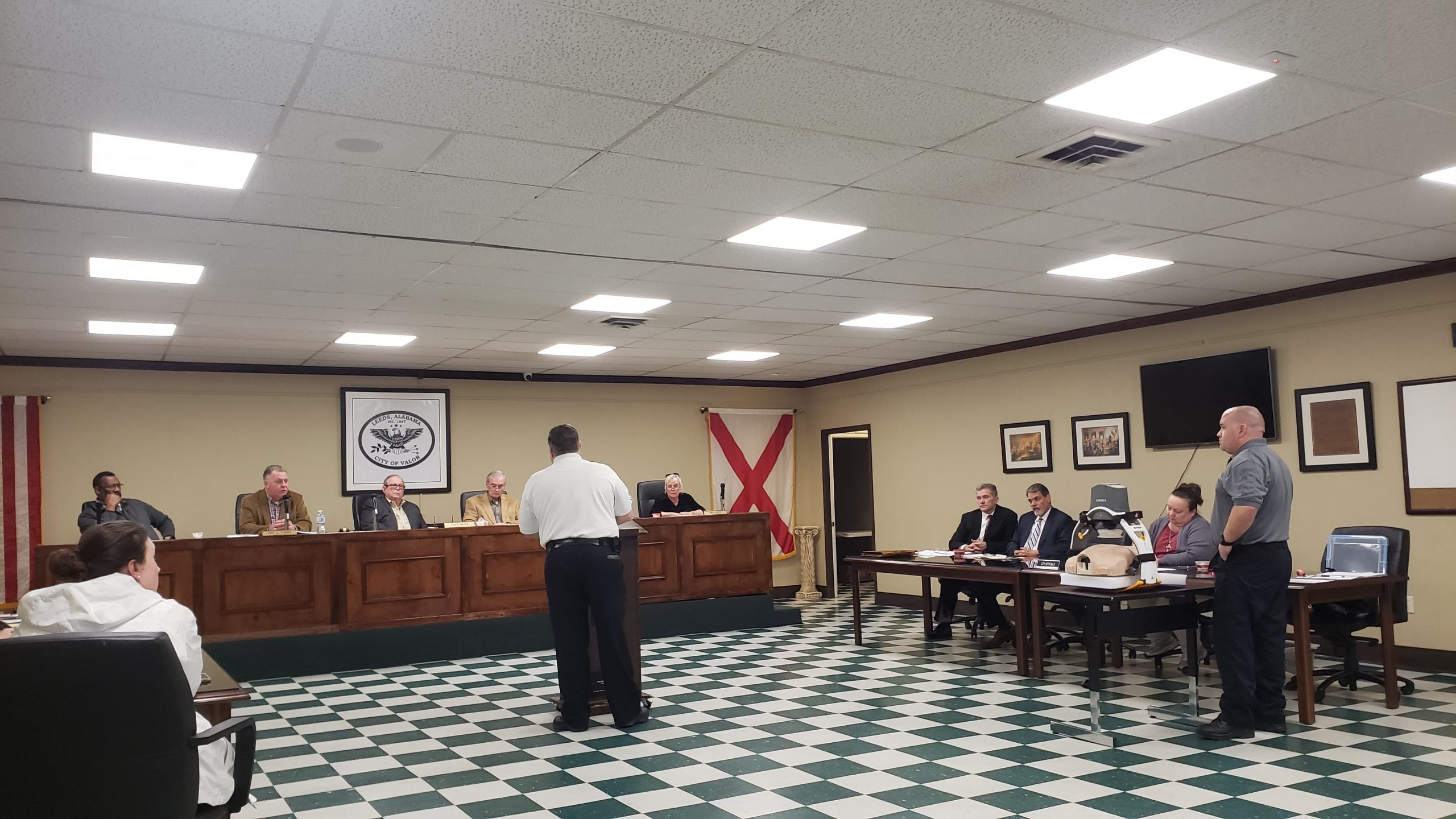 LEEDS — Soon, the Leeds City Council will move its meetings to a building that will serve as the new City Hall.

The council held a brief meeting on Monday, March 2, where Mayor David Miller announced the city government will begin moving to the former Alabama Power office that was closed in 2019. The building is located at 1412 Ninth Street.

Miller said that meetings at the new building will be held starting on April 6.

“We paid a third of what it was appraised for and now we’ve got plenty of room down there for everything to do with city hall,” he said. “And that’s really nice because we don’t have to build a new city hall now.”

In other business, the council passed several resolutions. The first was a supplemental ordinance amending Resolution 2020-02-01 that authorized the General Obligation Warrants, Series 2020-A. At the previous meeting, the council issued the warrants that allowed for paving projects throughout the city.

The council also appointed two people to the Board of Trustees of the Leeds Jane Culbreth Library. These were Joseph Kemp and LaToya Turner. Before the meeting’s conclusion, the council passed a resolution added to the agenda to authorize publication of the move to the new city hall building.

During public comments, resident Bonnie Garrett said she was recently accosted by a pitbull and felt the dog is a threat. Miller advised she file a police report before the city takes action. Police Chief Jim Atkinson said that he has the address of where the dog is and that he is looking into the matter.

The next meeting of the Leeds City Council will take place on March 16, at 6 p.m., at the Leeds Civic Center.