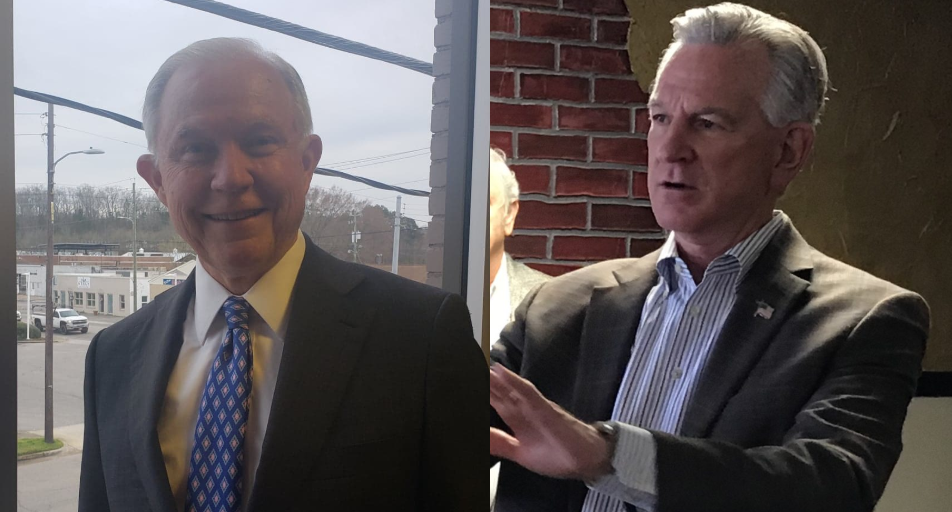 Sessions and Tuberville won the most votes in the primary Tuesday to advance from a crowded primary field. Awaiting the runoff winner in November is the Democratic incumbent, Doug Jones.

Trump forced Sessions from his Cabinet after harshly criticizing Sessions for withdrawing from the federal investigation of Russia’s involvement in the 2016 U.S. election. But during this year’s Senate campaign, Sessions still positioned himself as a strong supporter of the president’s agenda.

The winner will likely be a strong challenger to Jones, who defeated a scandal-plagued Roy Moore, a former Alabama chief justice, in December 2017 to become Alabama’s first Democratic senator in a quarter-century. Jones is the only Democrat in a statewide office in the GOP-controlled state.

The race has become a nasty slugfest to make the two-person runoff with the candidates trading barbs in speeches and over the airwaves.

Sessions has maintained loyalty to Trump, noting that he was the first U.S senator to endorse Trump in 2016 and arguing he would be the most effective in advancing Trump’s agenda.

“I’ll have a better relationship. I know what he campaigned on. I was with him at those rallies. I saw how people reacted to his strength and his vigor. I do think he’ll win again,” Sessions told reporters outside his Mobile polling place Tuesday morning.

The GOP primary has become a competition among candidates to portray themselves as the most loyal to Trump.

Tuberville, boosted by fame from years as a college football coach, has tried to portray himself as the political outsider in the race.

“This country is in trouble. Thank God we elected Donald Trump,” Tuberville said in a weekend campaign stop in Prattville.

Trump has so far stayed silent on the race.