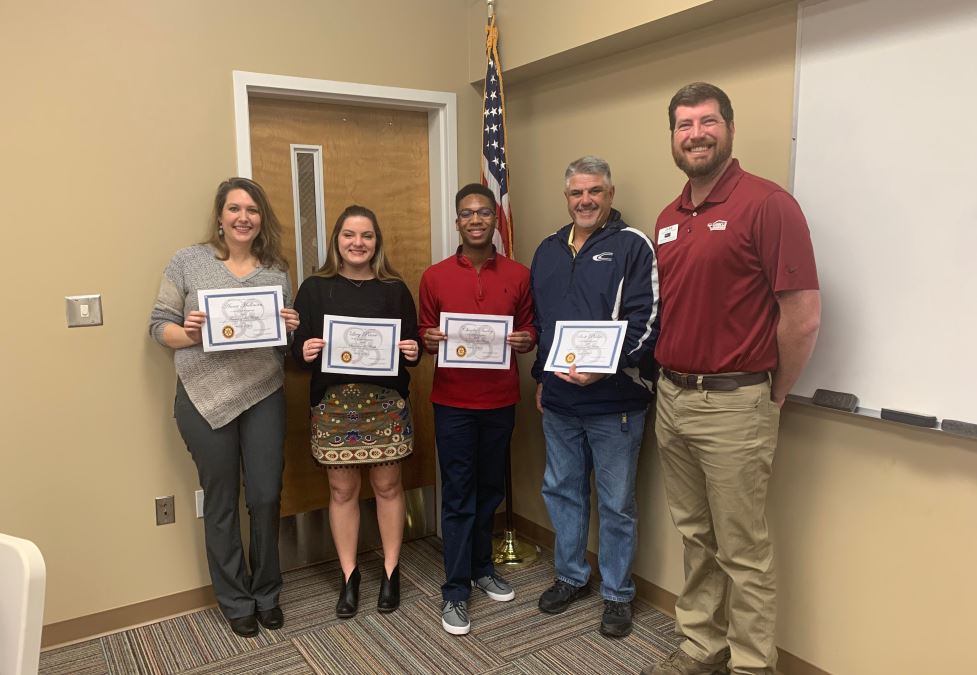 The Student of the Month from HTHS is Lucy Prince, a senior at Hewitt-Trussville High School. She is the daughter of Jill and Barry Prince. Lucy is a member of the color guard and Chick-fil-A’s Leader Academy. She is also the Vice-President of FCCLA and Service Association. In her downtime, she enjoys traveling, singing, playing music and spending time with her family.

Lucy chose Chef Anna Hallman of Culinary Arts as her Teacher of the Month and had this to say about Chef Hallman: “Participating in the culinary academy and having Chef Hallman for a teacher has altered the course of my life. Chef showed me the possibilities of a career in culinary arts and encouraged me to follow my dreams of being a chef. She is extremely caring and wants all her students to succeed.”

Charlie Smiley is a senior at CCHS. He is the son of Davine Smiley. Charlie is a member of the Youth Leadership Forum of Birmingham, National Honor Society and Broadcast Journalism Club. He is a candidate for Youth of the Year for the Boys and Girls Club of Central Alabama and the vice-president of the Keystone Club. In his free time, he enjoys creating music and playing video games.

Charlie chose Mr. Scott Phillips from the math department as his Teacher of the Month. Charlie had this to say about Mr. Phillips: “Mr. Phillips has helped me with many subjects in addition to math and has shown a concern for my well-being in and outside of school.”

The Club meets at First Baptist Church in Trussville at 7 a.m. on the first through fourth Wednesday mornings of each month. For more information on the Trussville Rotary Daybreak Club, or to help with one of our projects, please email Diane Poole at dianepoole1225@centurytel.net.