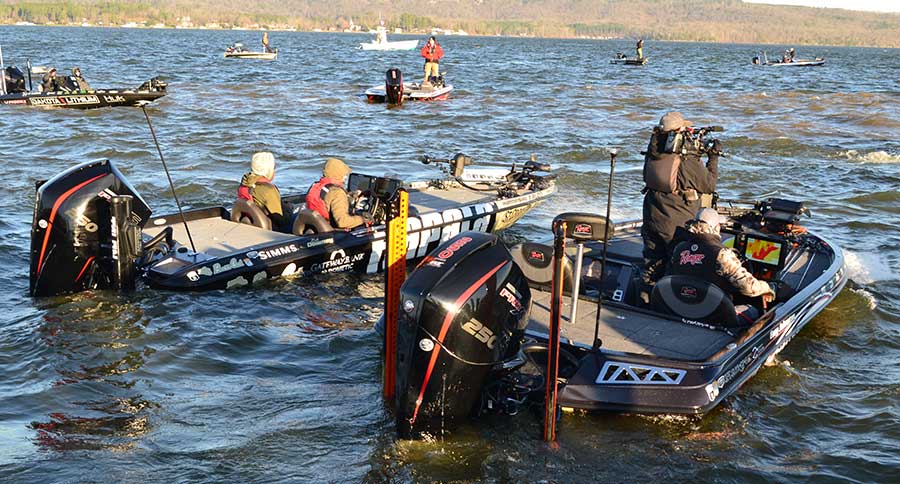 GUNTERSVILLE — One of the world’s most popular fishing tournaments is expected to bring in millions of tourism dollars to Alabama.

The 50th Bassmaster Classic was underway on Lake Guntersville this weekend, WHNT-TV reported.

The three-day tournament is bringing in more than $30 million to Alabama, Guntersville Mayor Leigh Dollar said. Most, if not all, of the hotels in town are booked up, she said.

The event, known as the Super Bowl of bass fishing, draws tourists from around the globe. Hundreds of them braved the cold weather to watch 53 anglers take off from Civitan Park in Guntersville.

“We came down to see the three Canadians,” said Canadian Dave Flindall. “This is the first time three Canadians have been in the Bassmaster, so the sport is really growing in Canada, professional bass fishing, so it’s pretty amazing to come down and see all this.”

Indiana resident Fred Claar said he was impressed by Lake Guntersville and the friendliness of Alabamians.

“It seems like it’s just an awesome fishery,” Claar said. “Everybody down here has been nice. And it‘s not crowded like you’d think it would be, and it’s just a good time down here.”

More than $1 million in prize money is being awarded at the tournament, including $300,000 for first place, according to the event’s website.