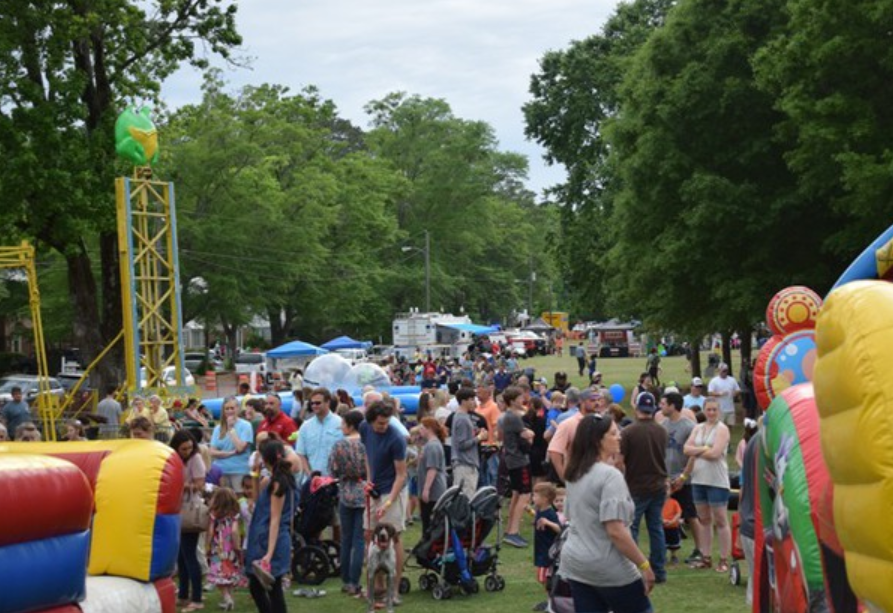 TRUSSVILLE — For the second year in a row, Battle of the Bands will be rocking the stage at City Fest on the Cahaba, May 2, on the Trussville Greenway. Created as a one-time event, the 2019 Battle of the Bands was cut short by rain, so festival organizers decided another outing was in order.

“We had a great lineup last year, but unfortunately, the weather didn’t cooperate,” said Trussville Area Chamber of Commerce Event Coordinator Melissa Walker. “We managed to squeeze in performances by each of the bands, but we were unable to finish the program as planned due to storms moving into the area. We’re naturally hoping for more favorable conditions this year.”

The Battle of the Bands is open to any area unsigned band playing any genre of music. Each band will play one original song and four cover songs, and all music should be family-friendly. Performances are limited to 25 minutes.

Bands will be judged on overall sound and cohesiveness, stage presence, material, and crowd reaction. Prizes will be awarded for first place ($500), second place ($250), and third place ($150).

For more information or to request a Battle of the Bands application, call (205) 655-7535 or email melissa.walker@trussvillechamber.com. Completed forms accompanied by the $100 entry fee must be received in the chamber office at 400 Main Street, downtown Trussville, by 5 p.m. on Friday, April 10.

“Spots are limited, and entries are first come, first served,” said Walker, “so the earlier you register, the more likely your group will be one of the bands onstage at City Fest on the Cahaba.”

The Trussville Area Chamber of Commerce seeks to provide leadership and a coordination of efforts that will contribute to the economic vitality and quality of life of the Trussville-area community.