BIRMINGHAM — The man charged in connection to the shooting of a Birmingham police officer on Wednesday, March 11, is a convicted felon.

The Jefferson County District Attorney’s Office confirmed to al.com, on Thursday, that Kenneth Dewayne Whitehead, 40, of Birmingham, is charged with two counts of attempted murder.

Two other suspects were also taken into custody. 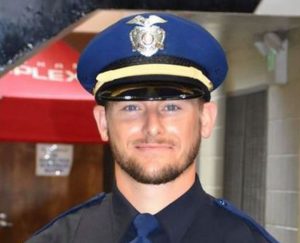 Sgt. Anthony Wheeler, a 10-year veteran from the West Precinct, was shot several times during a traffic stop following tips regarding an auto theft investigation. He is expected to make a full recovery.