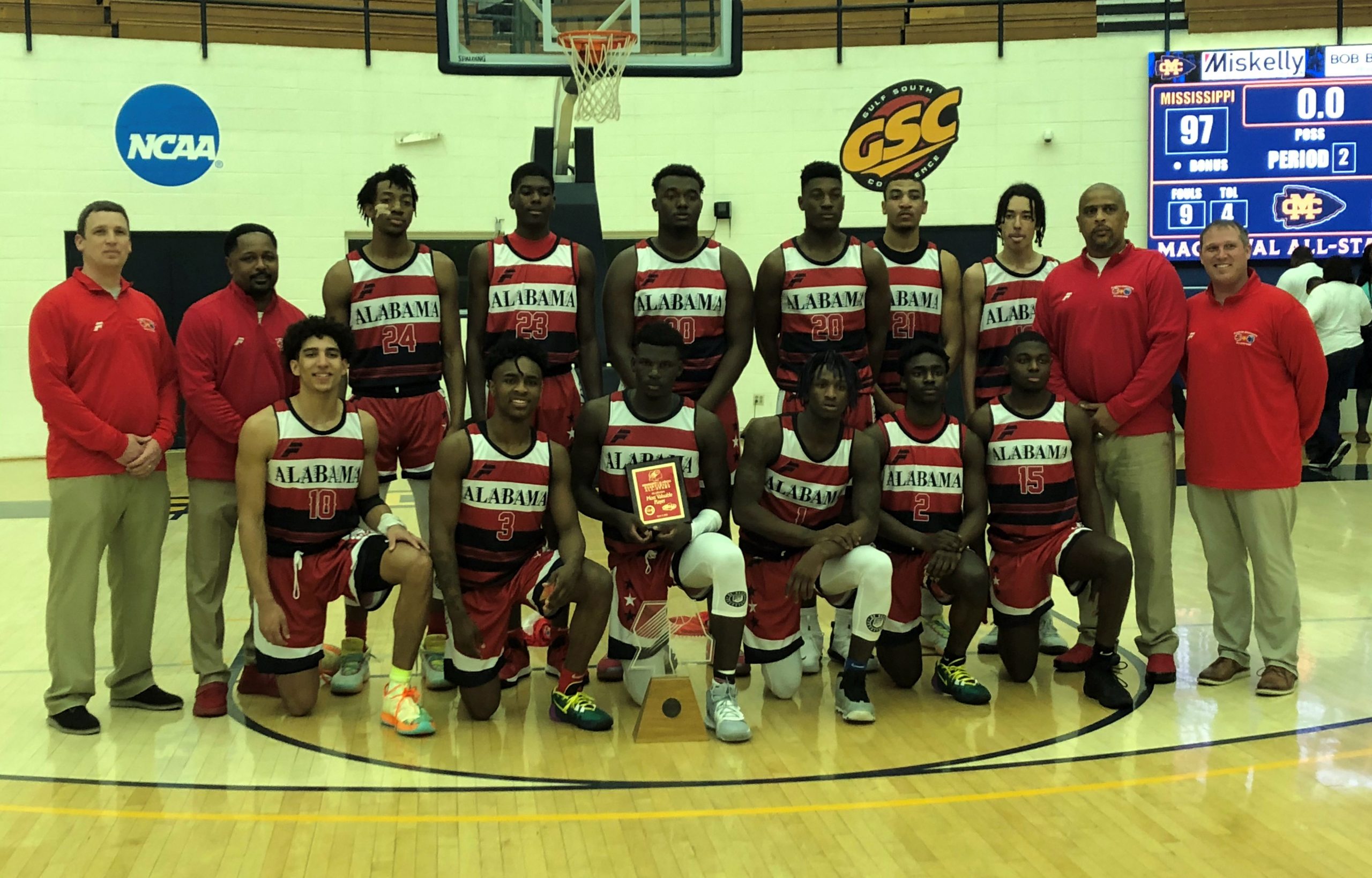 Photo courtesy of the AHSAA.

With attendance relegated to just immediate family and college and high school coaches, the 30th annual Alabama-Mississippi All-Star Classic was a unique experience that both the Alabama boys and girls’ basketball teams took advantage of in decisive fashion.

Prior to the boys tipping off, the Alabama girls’ all-stars defeated Mississippi, 70-63.

The boys took to the court and proceeded to soundly defeat a Mississippi team searching for its first victory since its three-game winning streak was snapped in 2019. The contest at Mississippi College was the seventh time in 29 years that the two teams faced each other in A.E. Wood Coliseum; Mississippi had won six consecutive games before Alabama’s 118-97 victory on Friday.

And that’ll do it! Alabama wins 118-97 over the Mississippi All-Stars pic.twitter.com/Gqm49rGM5U

Led by Pinson Valley head coach Darrell Barber and senior point guard Kam Woods, the boys took a 10-point lead into the half, 54-44, and then cruised behind 64 second-half points. Woods recorded 12 points with six assists and three steals. Woods shot 5-for-13 from the field and 2-for-7 from beyond the arc.

Sidney Lanier’s Antwan Burnett scored 25 points with 10 rebounds to lead all scorers. Burnett was named the Alabama MVP for his performance.

In all, the boys had five players score in double figures in the victory. Alabama shot 46% from the field, while Mississippi shot 45% from the field.

The Alabama boys’ all-stars are in the midst of a two-game winning streak. Alabama’s longest winning streak is four games, which occurred from 2012-15.