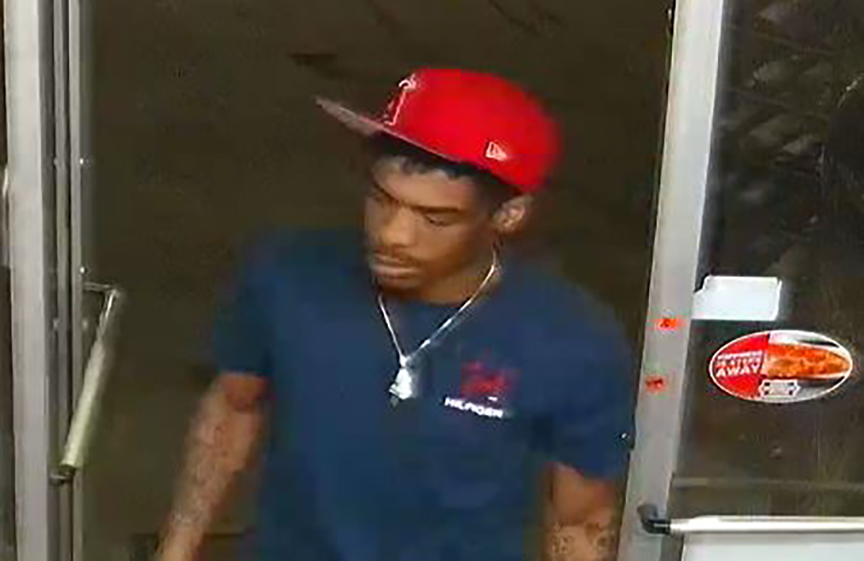 Courtesy of the Tarrant Police Department.

TARRANT – The Tarrant Police Department released photos and a video on Tuesday afternoon in the hope that the public can help identify two suspects accused of auto theft on Monday.

A black male suspect was caught by gas station surveillance cameras on Monday, March 16, 2020, at 11 p.m. entering an unattended vehicle sitting at a gas pump with the keys inside; The victim had entered the store to make a purchase.

The male suspect then went inside the store to make sure that the victim was still occupied, while the female suspect waited outside in a separate car.

The male suspect then left the store, entered the unattended vehicle and left the scene.

This was a crime of opportunity and Tarrant police remind people to always lock your doors and never leave keys inside your vehicle.

******WANTED AUTO THEFT SUSPECTS*******The male and female in the video and photos are wanted in reference to theft of a motor vehicle that occurred on Monday March 16, 2020 around 11:00PM. The victim went inside the store to make a purchase, at which time the suspects entered his vehicle an noticed the keys were inside. The male suspect then went into the store, looked around for the victim, and went back to the victim’s vehicle. The male then got into the driver seat of the car and left in the victim’s 2005 black Chevrolet Tahoe Z71 Alabama Tag # 6118AZ4. This was a crime of opportunity and Tarrant Police remind people to always lock your doors and never leave keys inside your vehicle.