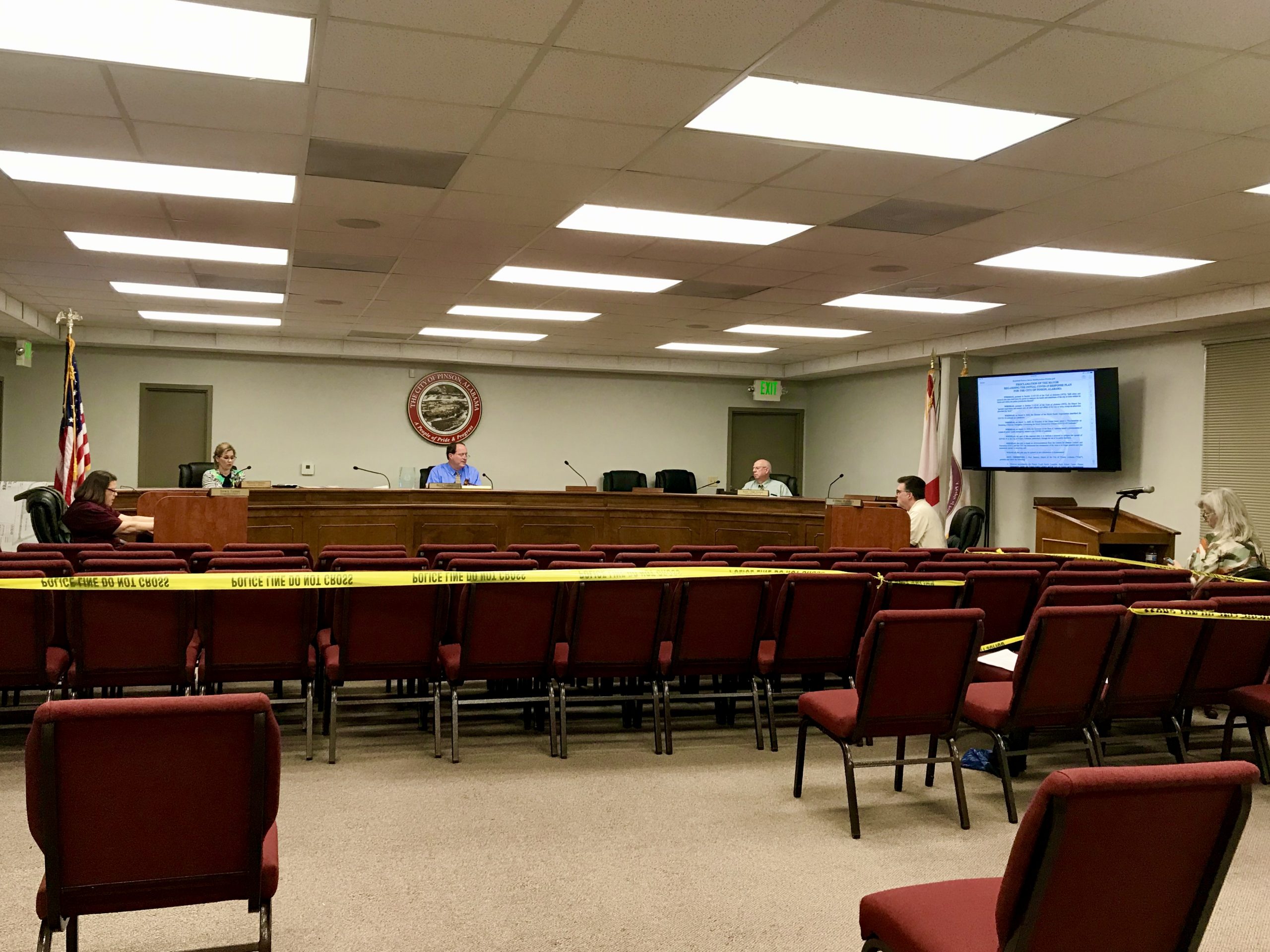 PINSON – The Pinson City Council met for a regularly scheduled council meeting Thursday night, where the council approved Resolution 20-13, which updated the city’s emergency response procedures to account for the COVID-19 outbreak.

City Attorney Shane Black has been working on updating the city’s emergency procedure policy to include language for infectious disease outbreaks.

“Some of you may remember we actually talked about our 2012 version – I think it was last year – that we did, primarily built and written around natural disaster. We could not have envisioned anything like this,” Mayor Hoyt Sanders said. “Basically, (Black) took ours from ’12 that we already had, and put in the new language, where appropriate, to relate to infectious disease. One thing that may come, I think we already have a curfew, but that language was expanded a little bit.”

The resolution passed with unanimous approval.

The mayor presented, as first reading, the first draft of a Memorandum of Agreement (MOA) between the city of Pinson and the Fresh Water Land Trust.

The city and the Fresh Water Land Trust have arranged an agreement to swap roughly 30 acres at the entrance to Turkey Creek, where an open-air pavilion is to be constructed by Birmingham-Southern College, with roughly 30 acres of land on Sweeney Hollow Road that the city purchased earlier this year. 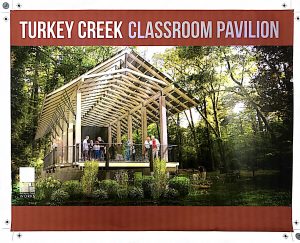 Photo courtesy of the city of Pinson

The council unanimously passed a motion for preliminary approval of the MOA, subject to a later vote by proper instrument. Attorneys are working through the specifics on how the swap would work, Sanders said.

“This is a win-win situation,” Councilor Dawn Tanner said. “We’re taking property that we recently annexed and purchased into the city from a family that wanted it to maintain and stay green space, and we’re able now to … swap this with the land trust, them maintain it as a green space. … Even though Turkey Creek is in the city, we do not actually own anything, so this kind of frees up our hand a little bit that we can actually help with some improvements and all that. I just think this is a win-win.”

Sanders added that Birmingham-Southern is working with mostly donated funds and pledges to construct the pavilion. Their budget is set at $500,000, and both the city of Pinson and Birmingham-Southern are still accepting grants and donations toward the project.

“At a later time, we’ll have that mutual operating agreement (with Birmingham-Southern),” Sanders said. “They, of course, will continue to operate it, much like they do now, but this will give them a way to insure it and, as (Tanner) correctly stated, once it’s ours, we can assist with maintenance. Certainly we don’t want to have it constructed and then in a few years no one steps up to bat for the odds and ends, and all that is wasted.”

Sanders clarified that the land swap is not for the entire Turkey Creek Preserve, but rather, for around 30 acres, popularly known as the “meadow,” prior to entering the Turkey Creek Nature Preserve gate. The majority of Turkey Creek is owned by the state of Alabama through its Forever Wild program.

In other city news, the council unanimously passed a motion to authorize $10,000 for window repairs and upgrades at Pinson City Hall.

The next meeting of the Pinson City Council will be April 2, 2020, at 7 p.m., following a 6:30 p.m. pre-council meeting. Mayor Sanders said that the April 2 meeting may be live-streamed on Facebook for residents to watch from home. 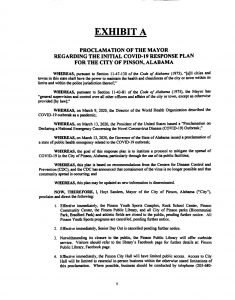 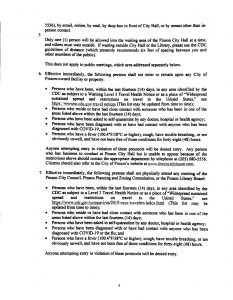