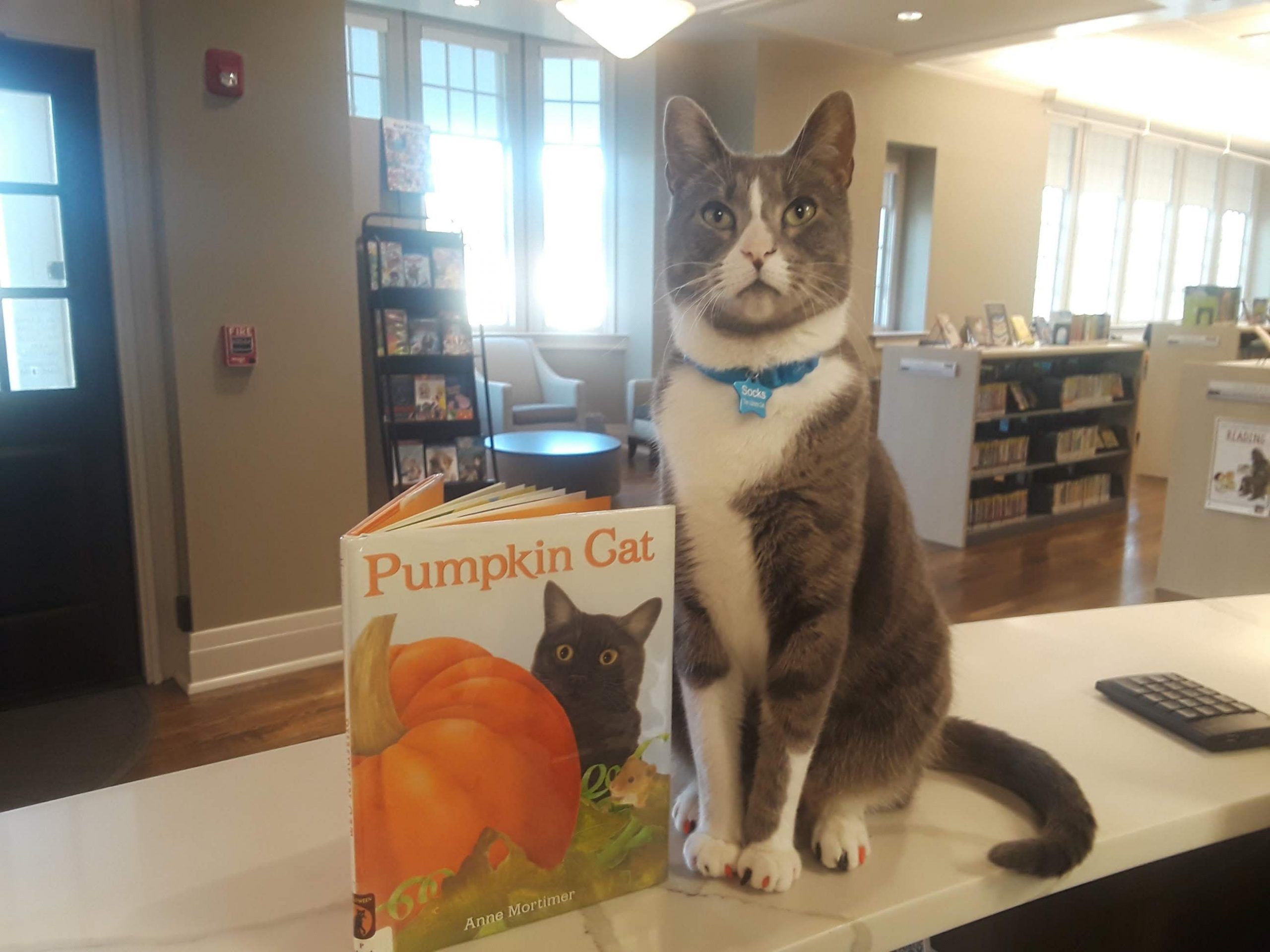 PINSON – Between Pinson Valley High School’s athletics and theater programs, the city of Pinson has been in no short supply of newsworthy achievements this past year. Perhaps none, however, have been so cute and cuddly as Pinson Public Library’s cat, Socks.

“I was very surprised and excited! I couldn’t believe it,” Pinson Library Director Allison Scanlan said. “As far as his votes go, he did not get a lot of votes.” 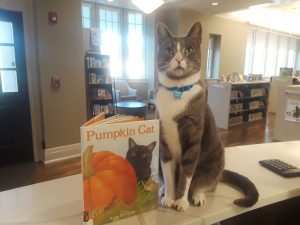 However, the popular vote was not the end of the contest.

“The main part of the contest was, of course, the photo contest, where people could donate their dollar to vote. They had an overall winner of all the categories, and then they had winners in each category,” Scanlan said. “I did not realize when I put Socks in the contest, to actually be crowned the Birmingham’s Coolest Cat, there’s a panel of judges who looked at the highest two vote-getters in each category and then chose from those cats to pick Birmingham’s Coolest Cat.”

Once the initial voting ended, Scanlan received an invitation to go to the formal ceremony at Gatos and Beans cat café, since Socks won second place in his category. That was where the judges announced that Socks was Birmingham’s Coolest Cat.

In addition to being an Animal League mascot, Socks also won a prize package from Hollywood Feed, which included a soft bed and healthy food and treats.

“He’s obsessed with this bed,” Scanlan said. “Ever since he got it, he sleeps in it all the time.” 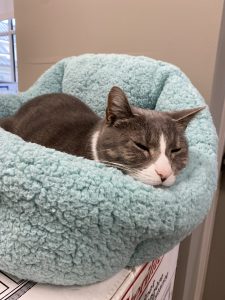 He will also receive a professional photo shoot from pet photographer Connie Collum.

More important than the prizes, though, is that Socks succeeded in his goal to raise a minimum of $100 for The Animal League of Birmingham. He received a total of 111 votes in the contest, raising a total of $111 for the organization.

Scanlan said she believes that Socks’ mission of helping and giving to other cats in need played a huge role in his being chosen as Birmingham’s Coolest Cat.

“His mission is very giving,” she said. “He’s very lucky to have the life that he has. I mean, I would like to have Socks’ life; it’s pretty awesome. So he’s very charitable and very giving.” 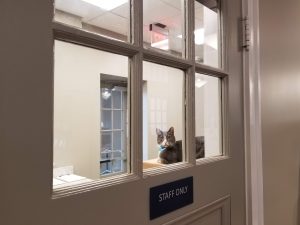 Socks did not always have the cushy life he now enjoys at Pinson Pubic Library. When he was a kitten, he and his entire litter were left abandoned on the side of the road, where they were found by Pinson Councilor Robbie Roberts and his family.

“They are animal lovers, they are absolute cat lovers, the Roberts family,” Scanlan said. “So they took them in and were taking care of them. Got them all to the vet; got them all checked out.”

The Roberts family then started looking for people to adopt the kittens, and knowing that the library staff consisted of many cat lovers, they brought the kittens to the library to see if any of the staff wanted to personally adopt them.

“We had talked about having a library cat before,” Scanlan said. “Our former director, April Wallace, that’s something she was really interested in, us having a library cat. There was just this one cat, of all the kittens, he was just super chill and he really loved people. He was always laying on a member of the Roberts family, so we just thought he might be the perfect fit.”

Socks stayed with the Roberts family a few more months before finally moving into his new home at the Pinson Public Library.

“Socks has a really great life,” Scanlan said. “He’s a very lucky cat, considering how he started off in this world, abandoned, essentially, on the side of the road. He is loved and he is well taken care of, so we like any opportunity that he can have to help other cats who are less fortunate than him. We like to take advantage of that, so I thought this would be a good opportunity to continue Socks’ mission of giving to other cats who need help.” 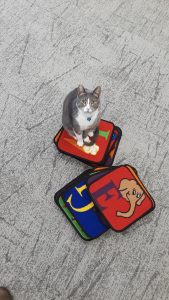 Socks, who will turn 5 this year, has donated his last two birthdays to Kitty Kat Haven & Rescue by holding a kitty litter drive for them each year. Previously, the library staff and patrons have made toys for the cats at the Birmingham Humane Society.

Socks also supports the Alabama Spay Neuter Clinic, and shares information on specials for spaying and neutering feral cats on his Facebook page.

“It means a lot to get more attention to the things that we try to do,” Scanlan said. “We try to do good with Socks, so we are very excited for people to know more about him and where he came from and about library kitties and their mission to do good.” 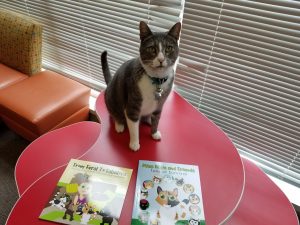