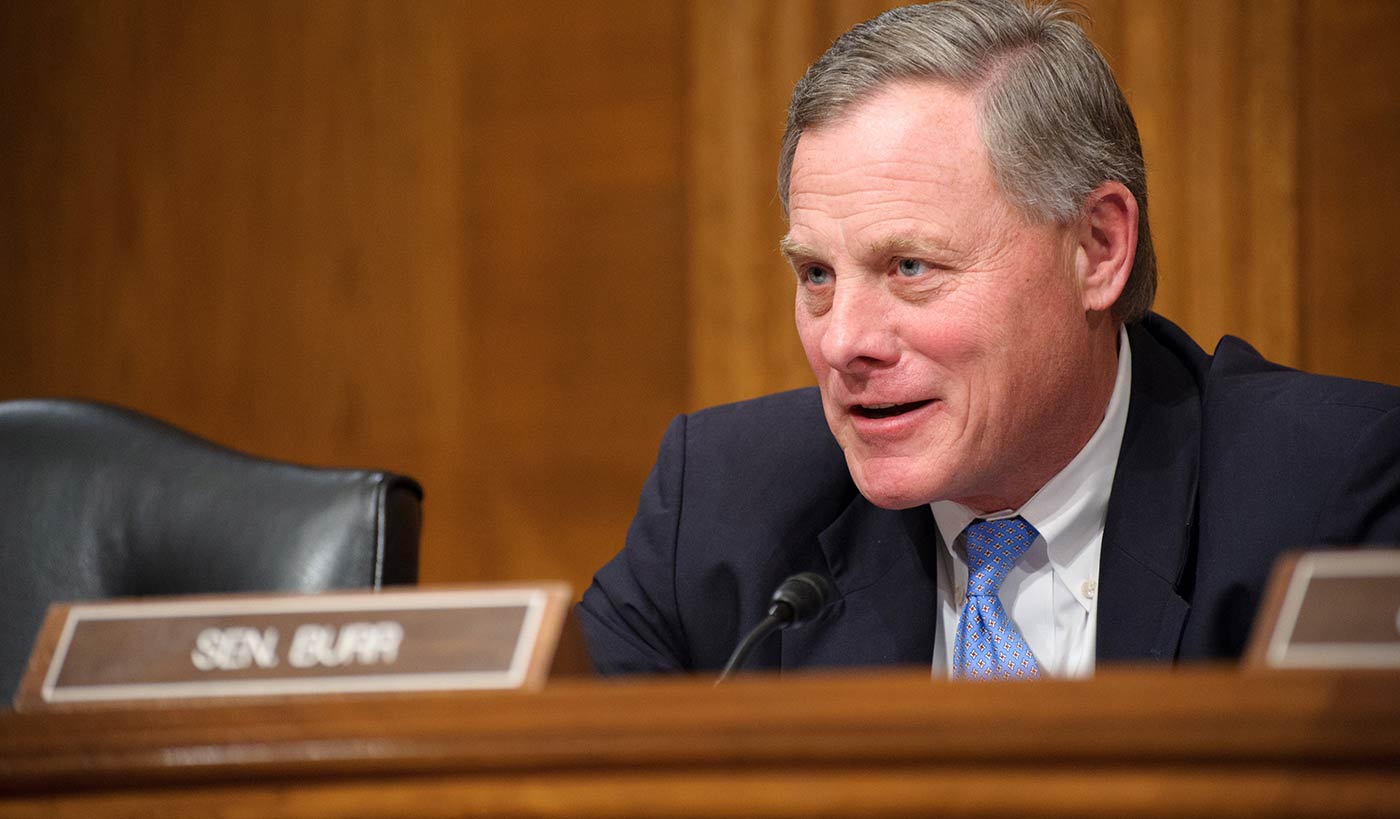 WASHINGTON, D.C. – Senate Intelligence Committee Chairman Richard Burr, R-N.C., has been accused of selling off over a million dollars in stocks just prior to the stock marketing crashing as the spread of the coronavirus intensified throughout the nation.

In a story first published by ProPublica, Burr is accused of having “sold off a significant percentage of his stocks, unloading between $628,000 and $1.72 million of his holdings on Feb. 13 in 33 separate transactions.” As the Senate Intel chair, Burr has been regularly briefed on the threat that the virus posed to the nation and has access to the government’s most highly classified materials regarding threats to the nation’s security, including daily coronavirus briefings.

“The Committee has received a briefing from the IC (intelligence community) on coronavirus, and continues to receive updates on the outbreak on a daily basis,” an official of the House Intelligence Committee told Reuters.

A week after Burr sold off his stocks, the stock market began a sharp decline and has lost about 30% of value since.

Publicly, Burr had echoed the sentiments of the highest levels of government, which was to downplay the severity of the virus.

On Feb. 7, Burr penned a Fox News op-ed in which he said the “public health preparedness and response framework that Congress has put in place and that the Trump Administration is actively implementing today is helping to protect Americans.”

On Feb. 27, with the threat of the virus still contained to the west coast, President Trump suggested that the threat was nothing to be worried about.

“It’s going to disappear. One day, it’s like a miracle. It will disappear,” the president said. “It could get worse before it gets better. It could maybe go away. We’ll see what happens.”

Hours later, Burr told a group of well-connected constituents at a luncheon organized by the Tar Heel Circle that, “There’s one thing that I can tell you about this: It is much more aggressive in its transmission than anything that we have seen in recent history. It is probably more akin to the 1918 pandemic.”

Yet weeks prior to Burr telling the nonpartisan group in North Carolina that the virus could become a pandemic, Burr had sold almost $2 million in holdings all the while publicly minimizing the threat.

“Senator Burr filed a financial disclosure form for personal transactions made several weeks before the U.S. and financial markets showed signs of volatility due to the growing coronavirus outbreak,” Burr’s spokesperson said. “As the situation continues to evolve daily, he has been deeply concerned by the steep and sudden toll this pandemic is taking on our economy.”

Burr sold nearly $150,000 worth of shares of Wyndham Hotels and Resorts and up to $100,000 of shares of Extended Stay America. Both of those companies have seen their shares fall by close to half.