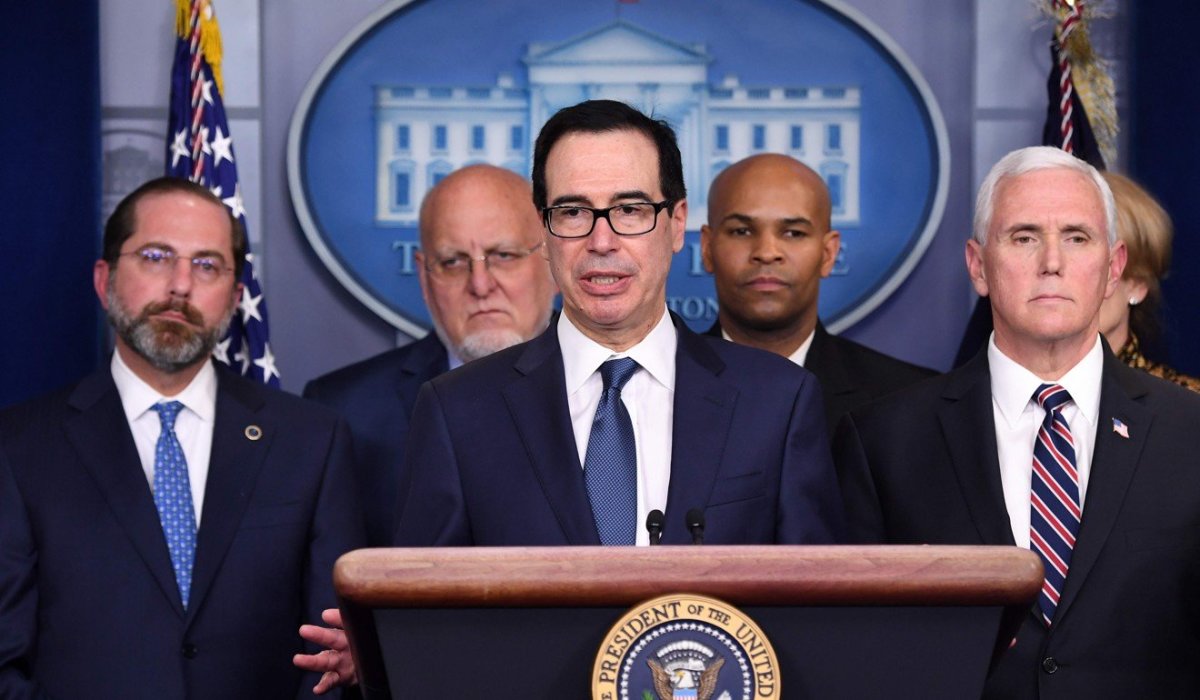 White House seeks direct payments of $1k for adults, $500 for kids in COVID-19 stimulus bill; multiple payments could be handed out

WASHINGTON, D.C. — Treasury Secretary Steven Mnuchin said on Thursday that the Trump administration is devising a plan that would send many Americans cash payments starting in the next few weeks as the coronavirus continues to negatively impact the economy.

Mnuchin told Fox Business that the majority of Americans would receive $1,000 within the next three weeks with an additional $500 for each child.

The proposal is to help stimulate the economy with an influx of money.

If the pandemic continues on its current trajectory, Mnuchin said that more payments would be sent out within the next six weeks.

The idea is almost certain to face opposition from opponents that believe that sending money to citizens does not do enough to support those who have been laid off.

Senate Minority Leader Chuck Schumer, D-N.Y. argues that a expanded unemployment insurance would cover most Americans with a larger safety net and for a much longer period.

The Trump administration’s proposal comes as the economy comes to a grinding halt and stocks continue to plummet. The administration seeks a stimulus package from anywhere around $850 billion to more than $1 trillion, according to media reports. Potentially $250 billion of that package would go toward the direct payments to citizens.

“Americans need cash now,” Mnuchin said during a White House press briefing on Tuesday. “I mean now in the next two weeks.”

On Tuesday, Mnuchin told GOP senators that unemployment could top 20% if Congress does not pass the stimulus package.

Media reports have indication that the package could include: