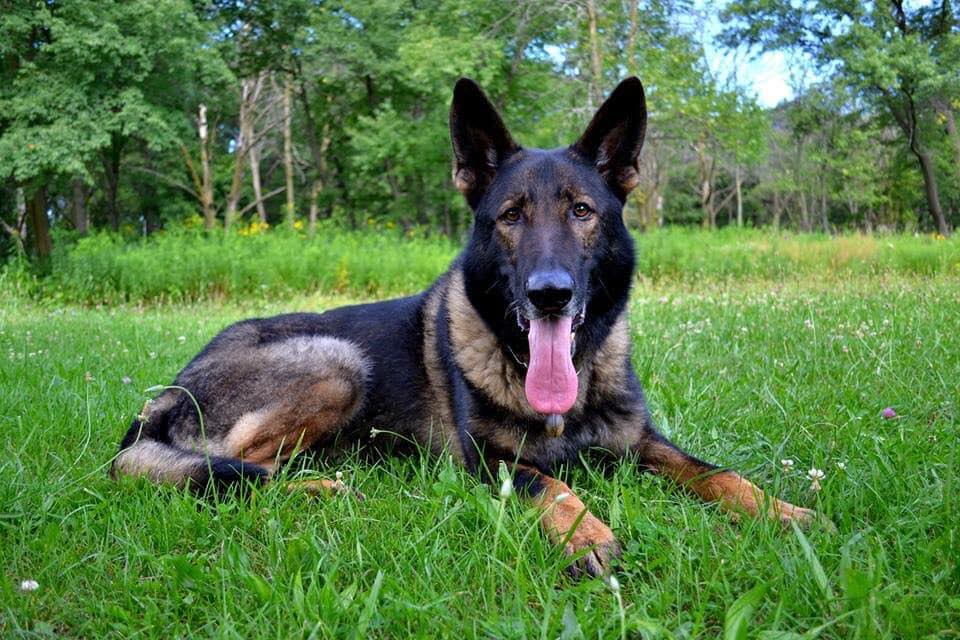 CLAY — It is with a heavy heart that we report the passing of K-9 Faust, a decorated German Shepherd who served on the Burlington Northern and Santa Fe Railway Police Department for eight years, before retiring three years ago into the care of his handler, Bryan Schaffer.

Faust passed away of natural causes, at his home on March 25. He was 13.

“My heart has broken,” Schaffer said. “My best friend and retired K-9 Faust just passed away. He was a true gift from God.”

The beloved canine was transported by a multi-agency police procession to the Clay Chalkville Animal Clinic for a private ceremony.

“My sincere thanks and appreciation to the Jefferson County Sheriff’s Department, Justin Howard of the Birmingham Police Department, Jon Faust of the Norfolk Southern Railroad Police, Ashley Nichole Branaman, Scott Singer and Dr Charles Hart, Dr Hugh Washington and the entire staff of Clay-Chalkville Animal Clinic for going above and beyond in honoring K-9 Faust this morning,” Schaffer posted on Facebook. “He deserved every bit of it.”

Faust worked in explosives detection and patrol departments throughout his eight-year career. During his time in service, Faust won multiple awards. He retired on March 3, 2017, and was sent off into retirement following a police dispatch as Schaffer and Faust shared a final moment as co-workers inside their patrol vehicle.

“K9 partner Faust has completed his last shift after serving as an explosive detection and police service canine for eight years and one day,” the radio dispatcher said. “He is now officially retired. Faust, thank you for your service. We wish you a long and healthy retirement.”