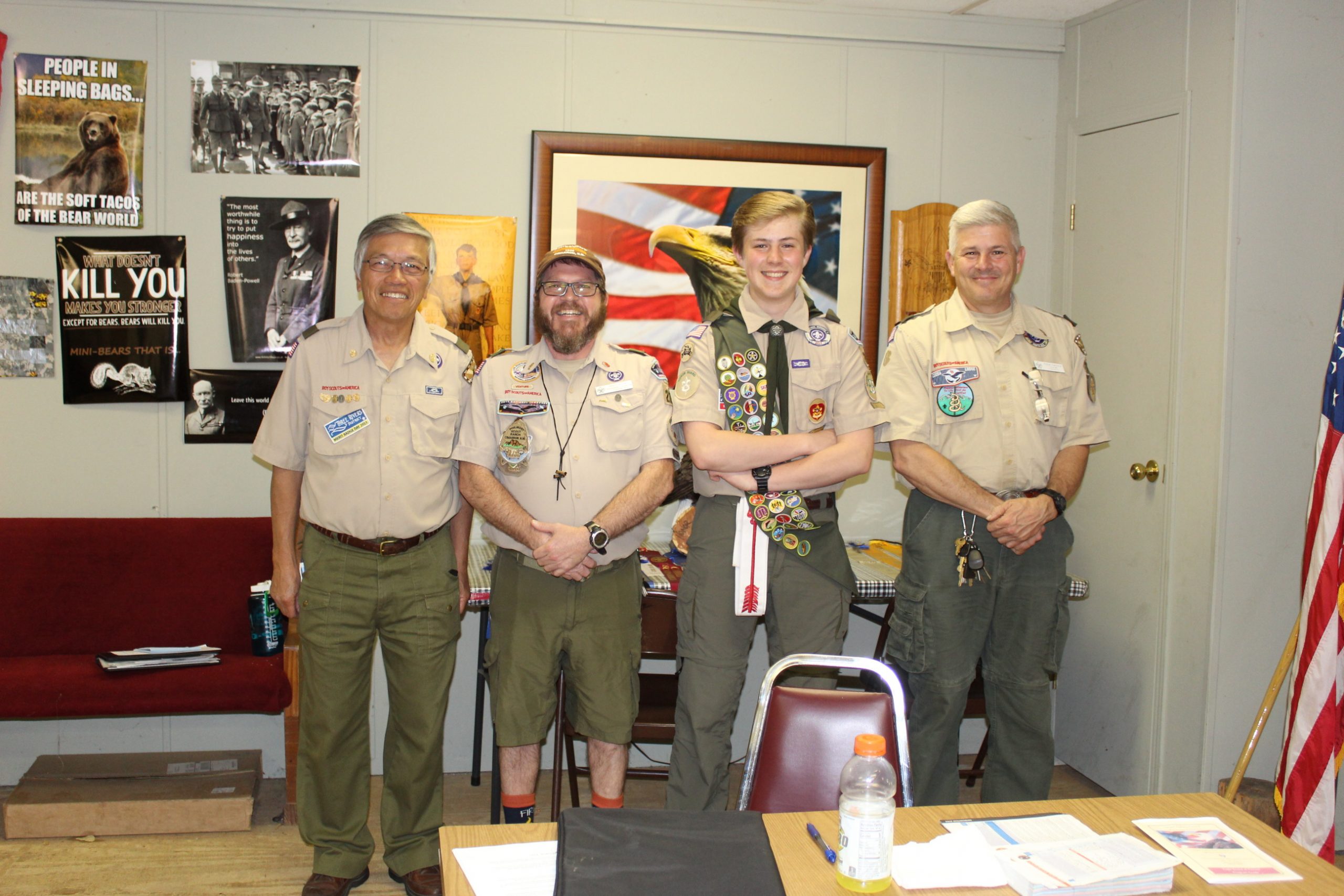 For his project, Karmondi built two picnic tables, with attached benches and a wooden garbage can frame. The items are placed on the mall in Trussville.

His parents, Kimball & Karen Karmondi, said, “We are beyond proud of all Alex’s hard work and his achievements. He has always loved camping, hiking, biking, swimming, etc. that scouting has offered. But he also enjoyed all that he learned while working on merit badges and the life lessons that he learned along the way on his Scouting journey,” they said in a statement.

Alex Karmondi began his Scouting career as a Wolf Cub Scout in Pack 216 nine years ago.  He became a Boy Scout with Troop 216 in 2015.  Trussville Parks & Recreation is the charter organization for both the Troop and the Pack. He is currently a junior at Westminster School at Oak Mountain where he currently holds a 4.0 GPA.
John Bryant headed up the Committee that conducted Alex’s Board of Review to decide if he would become an Eagle Scout.  He was assisted by Mark Lundgren, Jeremy Horton, and Jon Ryan.
Alex Karmondi said he wouldn’t have been able to become an Eagle Scout if not for the amazing leadership at Troop 216.