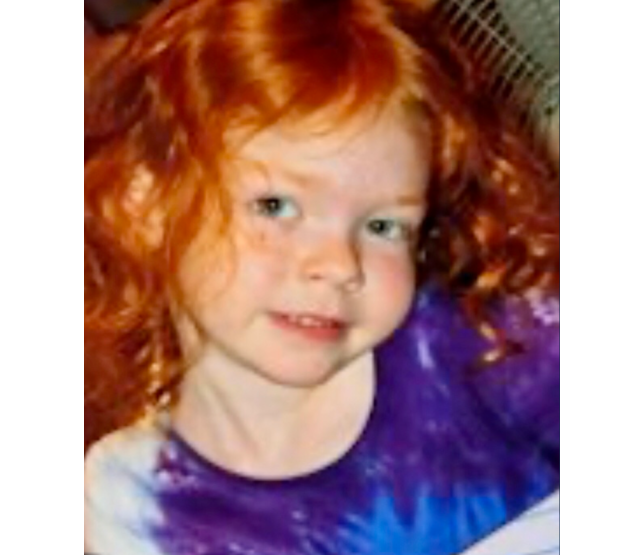 UPDATE: Searchers on Friday found a 4-year-old girl who had been missing for two days in a wooded area in east Alabama.

Evelyn Vadie Sides was in good condition with a dog at her side when rescuers approached, authorities said.

Authorities said the child had disappeared from her babysitter’s sight Wednesday afternoon while they were walking in a backyard with a hound dog.

Jones said the girl is in good condition despite her ordeal. The hound dog was at her side when the girl was found but it ran off when searchers approached, the sheriff said.

“We are beyond happy,” Jones wrote in a text message about the discovery of the girl.

Multiple agencies and hundreds of volunteers had searched remote woods with a creek running through it.

A member of the search team that found the girl told media outlet WRBL-TV that they were searching the woods when they heard a dog bark, and then the girl “popped her head up” and they saw her bright red hair.

He said the girl drank some Gatorade offered to her and was talking “like it was no big deal” what she had been through.

Jones said authorities were hopeful the dog would return home now that the girl had been found.

LOACHAPOKA — The Lee County Sheriff’s Office in Auburn issued a Missing Child Alert on Wednesday afternoon as authorities search for a missing 4-year-old girl who was last seen walking her dog.

Lee County Sheriff Jay Jones said Evelyn Vadie Sides was last seen near the Loachapoka community, a rural area in the county, at about 2:45 p.m. Wednesday. Jones said the girl was in the care of a longtime family friend who said they were taking a walk in the backyard when the girl disappeared from view.

UPDATE****** VADIE SIDES HAS BEEN LOCATED ALIVE and with her dog!!!!!******** There will be more information released as we gather details on her condition.

Foul play is not suspected in the disappearance, Jones said. Multiple agencies are searching the remote wooded area that also includes a creek. Jones said they are using air and ground searches to try to locate the girl.

She was with one of the family dogs, a reddish-brown hound dog, at the time she disappeared. Jones said they have not found the dog that was with the girl.

The Alabama Law Enforcement Agency issued an Amber Alert for the missing girl.

Sides is described as 3 feet tall and weighing 40 pounds. She has red hair and green eyes with a red mark on her nose. She was wearing a short-sleeve floral dress when she disappeared.

Those with information on Sides’ whereabouts are asked to call the Lee County Sheriff’s Office at (334) 737-7131.