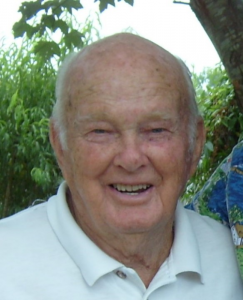 He was raised during the Great Depression by his mother, who raised 12 children. He joined the Navy in 1945 and served during World War II and the Korean War with a break in service between the wars. He received a disability discharge in 1955. He worked for the US Post Office and retired in April 1978.  He went on to various handyman jobs obtaining his Journeyman Electricians license and a certification for appliance repair.

He played softball and basketball with his church team into his 70’s. He liked to garden.  He played tennis until his late 80’s and loved to dance until shortly before his death.

We are not able to hold a funeral service at this time, but he will be remembered.  We will plan a memorial at a later date.