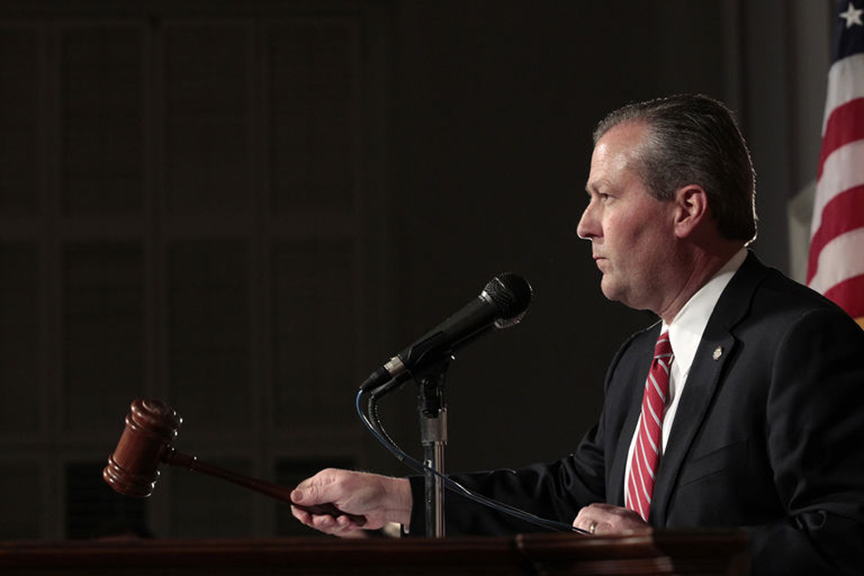 Hubbard, a former representative from the 79th District in the Alabama House of Representatives and Speaker of the House, was arrested in 2014 for felony ethics law violations after he was accused of using his office to move more than $2 million to his personal businesses. He was convicted in 2016 on 12 felony charges, sentence to four years in prison and eight years on probation. He taken into custody and placed in the Lee County jail whereafter he was released on $160,000 bail.

Hubbard has remained free while his appeal was pending.

Alabama Gov. Kay Ivey released a statement on Friday regarding the court’s decision.

“As an elected official, our first priority is to be above reproach and avoid even the appearance of misconduct and abuse of office,” Ivey said. “I support seeking clarity on our state’s ethics laws to ensure those who want to abide by them may not be unfairly targeted. However, let me be abundantly clear, I do not support weakening a system that is meant to hold our elected officials accountable. The rule of law must be upheld. Even more so on this Good Friday, my thoughts and prayers are on Mike Hubbard’s family and upon our state as we move on from this unfortunate part of Alabama’s history.”

The Alabama Court of Criminal Appeals threw out a conviction of Hubbard voting for a General Fund budget that would have benefited the American Pharmacy Cooperative, Inc. while Hubbard was a contractor for the firm.

Hubbard, 58, was once a dominating force in Alabama politics. He was elected to the state legislature in 1998 and became chairman of the state Republican Party in 2007. He was then elected Speaker of the House until his conviction.