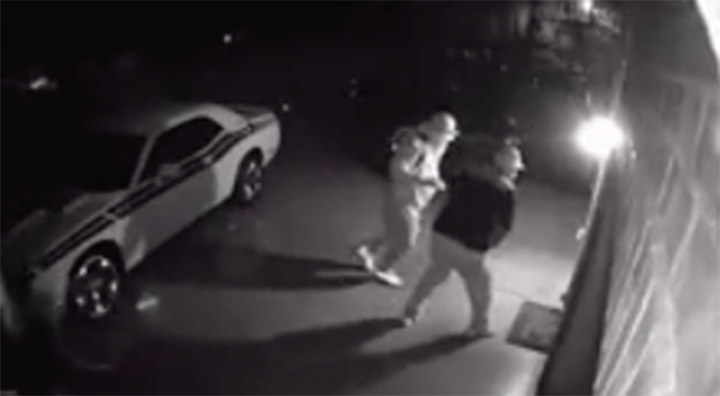 TRUSSVILLE — The Trussville Police Department is investigating a reported home invasion that happened on Sunday night.

Police were called to the scene at a home in the 3800 block of Creek Side Way just before 8 p.m. on April 12, 2020, after the homeowner told authorities that multiple unknown men forced their way into his residence through the basement and front doors.

The TPD added that the vehicle could possibly be a Suburban, Tahoe or Escalade.

Investigators arrived to the scene and discovered narcotics in the residence.

Detective Ben Short said no one is in custody. Short added that information gained during the investigation points to the incident being an isolated event.

“We do not believe there is a risk to public safety in the area at this time,” Short said.

If you have any information related to this case you’re encouraged to contact the Trussville Police Department at 205-655-2101 or via email at crimetip@trussville.org. If you wish to remain anonymous and qualify for a cash reward contact Crime Stoppers of Metro Alabama.

Incident Type: Burglary 1st Incident Date: 4/12/2020 Location: 3800 Block of Creekside Way, Trussville, AL 35173 Case #: 202000736On 4/12/2020 at or around 19:45 a home invasion occurred in the 3800 block of Creekside Way. The homeowner advised that multiple unknown males forced entry into his home through the basement door and front door and then used zip ties to detain everyone in the home. The homeowner further advised that the suspects stole $20,000 in jewelry & three firearms from his residence. The victim was able to escape the zip ties and fire at or around 14 rounds from a .223 toward a silver SUV (possibly a Suburban, Tahoe or Escalade) that the suspects fled in. Investigators recovered narcotics from the victim’s residence and evidence technicians collected physical evidence from the scene. Based on information obtained in interviews it appears that this incident was an isolated event and that the suspect(s) targeted this individual for specific items within his home. If you have any information related to this case you’re encouraged to contact the Trussville Police Department at 205-655-2101 or via email at crimetip@trussville.org. If you wish to remain anonymous and qualify for a cash reward contact Crime Stoppers of Metro Alabama.No additional information will be made available at this time as the investigation is ongoing. Detective Ben Short Public Information Officer Trussville Police DepartmentO: 205-582-6819bshort@trussville.org