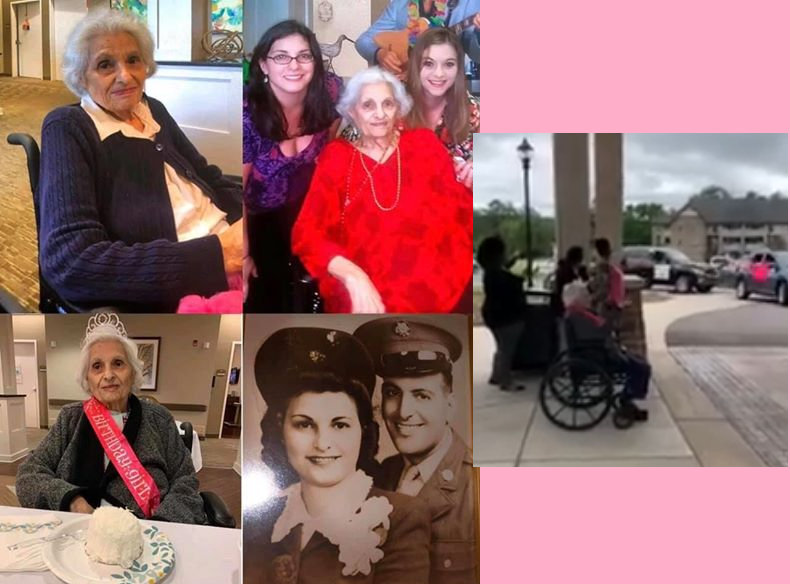 VESTAVIA HILLS — It’s not every day you turn 101. In fact, a lot of people will ever know how that is. But what about turning 101 during a quarantine? Now that’s one for the ages.

Sweet Rosalee Ruggerio was born on Sunday, April 13, 1919. Historians remember that day as one of the deadliest of the British Empire, when British troops opened fire on demonstrators in Amristar, India, in what is now known as the Jallianwala Bagh Massacre. But no, the birth of Rosalee Ruggerio would have no relation to that dark piece of history. Her birth was later marked as one of many of the “Greatest Generation,” also known as the G.I. Generation.

A famous man born on the same day was Phil Tonken, an American radio and television announcer from Hartford, Connecticut.

So, how are you to celebrate such a pillar in a family? Especially during the coronavirus pandemic, where the elderly population is the most at-risk for severe symptoms?

For two weeks before her birthday this year, her family planned a birthday parade. Rosalee has Alzheimer’s and she is living at Aspire Nursing Home in Vestavia Hills. Her granddaughter, Leah Miller, said the past month has been difficult.

“We haven’t been able to see her since the first week in March,” said Miller. “I could only talk to her through my car window on the day of the parade.”

Rosalee’s son Claude wasn’t able to make it to the parade because his wife was in the hospital So, he was thankful that an activities director at the nursing home made a video he could watch.

“I watched the video of the parade and just to see her expression, she had tears,” said Claude Ruggerio.

He loves talking about his mother and the days she spent growing up in Ensley. Her family ran Joe’s Seafood Market on Avenue H. He said they would go get fresh seafood from Pensacola and bring it back for people to enjoy.

“Everybody just knew about it, from everywhere,” said Claude Ruggerio.

So now, knowing how many years his mother has lived and how many things she has experienced, he says it’s a pleasure to talk about her.

“There are no words I could put for Rosalee Ruggerio,” said Claude Ruggerio. “You accept that somehow. It just is how it has to be. She’s never gotten a bad look or a frown. She’s something else.”

He said his mom is an animal person, she always has her nails painted and she loves to play the organ. Of course, food is important to her. She loves BBQ, fried red snapper, jewelry, coconut pie, watermelon and chocolate. Most of all, she loves to laugh,

“She’s just there with a smile and a warm embrace,” her granddaughter Leah Miller added. “She’s doing great for 101. She’s still happy.”

Rosalee Ruggerio had four brothers and a sister. They have all passed, but Claude Ruggerio said everyone knew “Rosa” and her sister, Virginia Salvadore, were a “needle and thread.”

Claude Ruggerio and his wife, Connie, were able to spend a lot of time with Rosalee before she had to go to the nursing home. In fact, she lived with them for about 16 years. Birthdays were always a big deal.

“For her birthdays, everyone came, and she had coconut cake or coconut pie,” Claude Ruggerio remembered.

So this year’s birthday was no exception. About a dozen cars, full of family and loved ones and decorated with signs and balloons, drove through to wish her a happy 101st birthday.

“She lives in a nursing home and we aren’t able to see her every day, so it’s really good to know she knows she is loved,” said Miller.

Loved she is. And one thing she has always said that shouldn’t be forgotten, even in these times of pandemic and uncertainty: Don’t worry, be happy.

Video below by Tanya McGuirt.