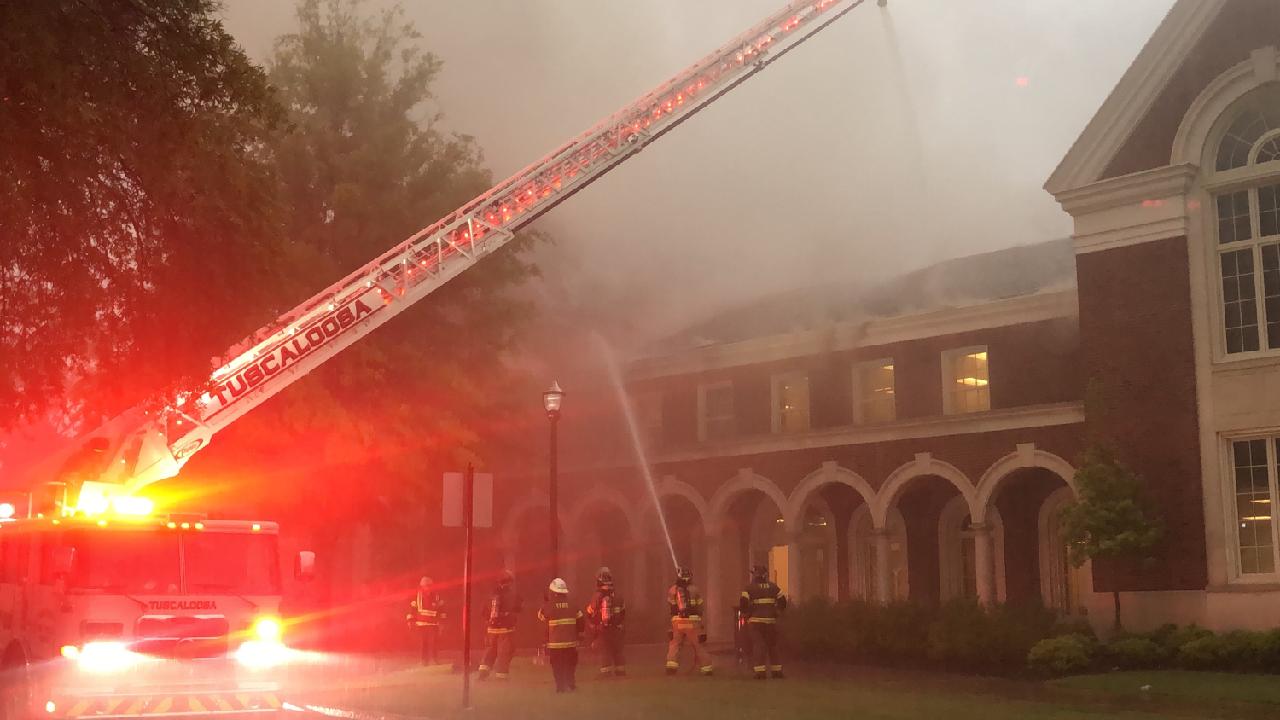 TUSCALOOSA — Tuscaloosa Fire Rescue responded to a large fire on the University of Alabama campus on Sunday, April 19, 2020.

According to WVUA 23, the fire at Moody Music Building started around 4:15 p.m. Multiple units responded to the four-alarm fire.

Firefighters on the scene told crews with WUVA that the fire could be weather-related. It appears the fire started in the attic of the building. It was contained to one part of the building.