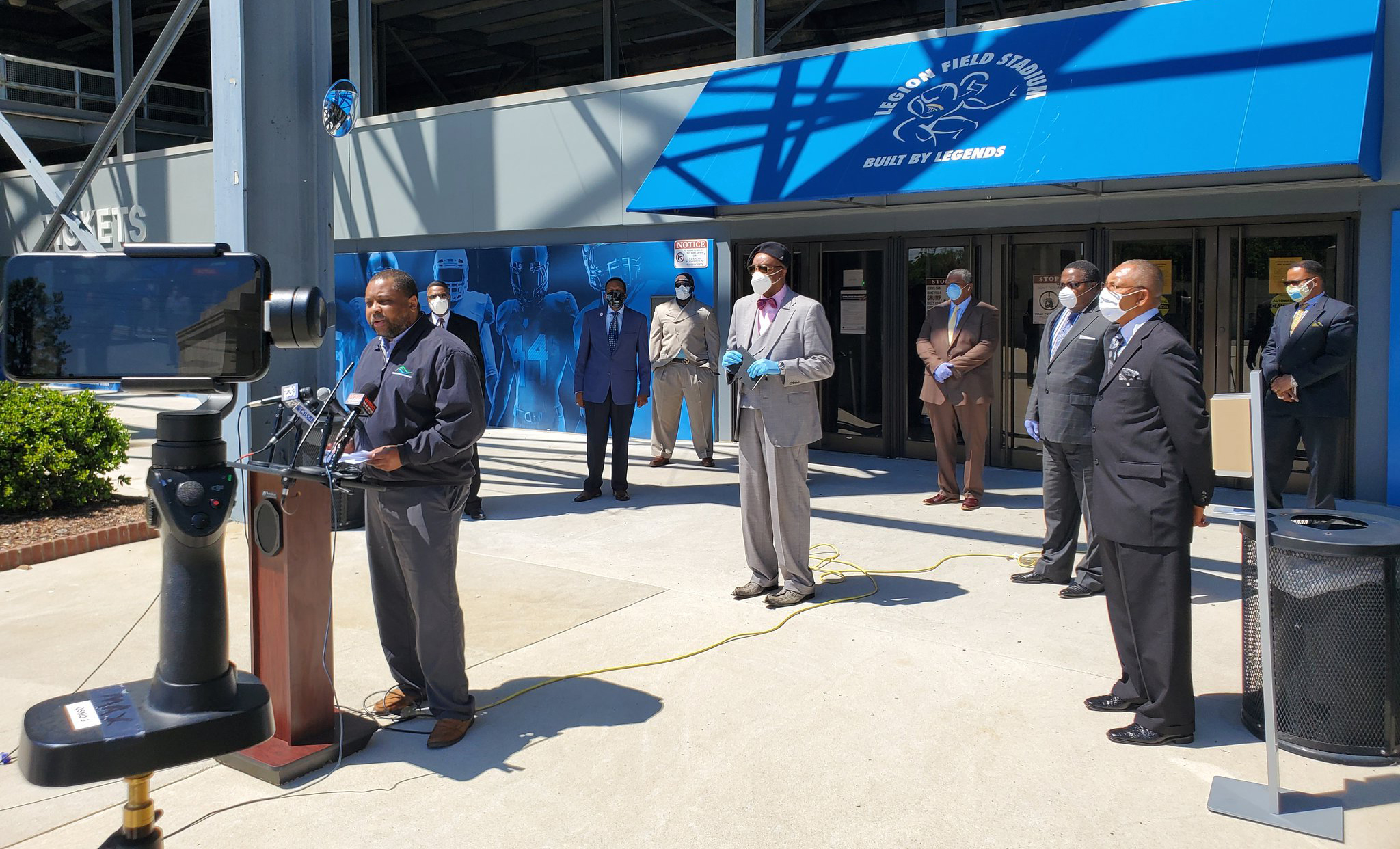 BIRMINGHAM – The Birmingham City Council held a press conference on Monday at Legion Field calling for the Alabama Department of Health and other agencies to release information on COVID-19 cases by zip code to help address health disparities in Birmingham.

This follows data that shows that the coronavirus pandemic has hit lower income/minority communities especially hard. The population of Birmingham is 74% black and has confirmed 691 positive cases with 16 confirmed deaths, which is the most in Alabama next to Mobile.

“The fact that we have a disproportionate of African-Americans being affected by the COVID-19 that’s alarming,” Birmingham City Council President William Parker said. “We need that data and then we can make a case to our congressional leaders for funding necessary to address health issues.”

Jefferson County Health Officer Dr. Mark Wilson released a statement on Monday stating as to why the agency is not allowed to release data based upon zip codes.

“Like many of you, we are deeply troubled by reports from around the country of racial disparity in COVID-19 infections and fatalities,” Wilson  wrote. “We would like to assure the general public that the Jefferson County Department of Health is working with the Alabama Department of Public Health to obtain accurate numbers to determine the racial makeup of COVID-19 cases within the county. JCDH is using data as it becomes available to ensure that all people within the county are receiving prompt and proper care, especially those among vulnerable populations.”

Wilson argued that because of patient privacy information, the Alabama Department of Public Health and JCDH are not permitted to release detailed records or statistics on COVID-19 cases within Jefferson County itself. He proceeded to list multiple reasons as to why the Health Insurance Portability and Accountability Act of 1996 (HIPPA) does not allow for agencies to release critical data because of confidentiality:

It should be noted that those statistics of confirmed cases are not accurate based upon the lack of testing and the difficulties of those in lower-income communities to receive basic health care, which is why the Birmingham City Council is adamant on receiving more precise information.

“We need to have a clear picture of where this virus has spread and who is most at risk,” Parker said. “We’re continuing to apply for federal funding for our medically underserved communities. Having this data is a big part of that effort.”