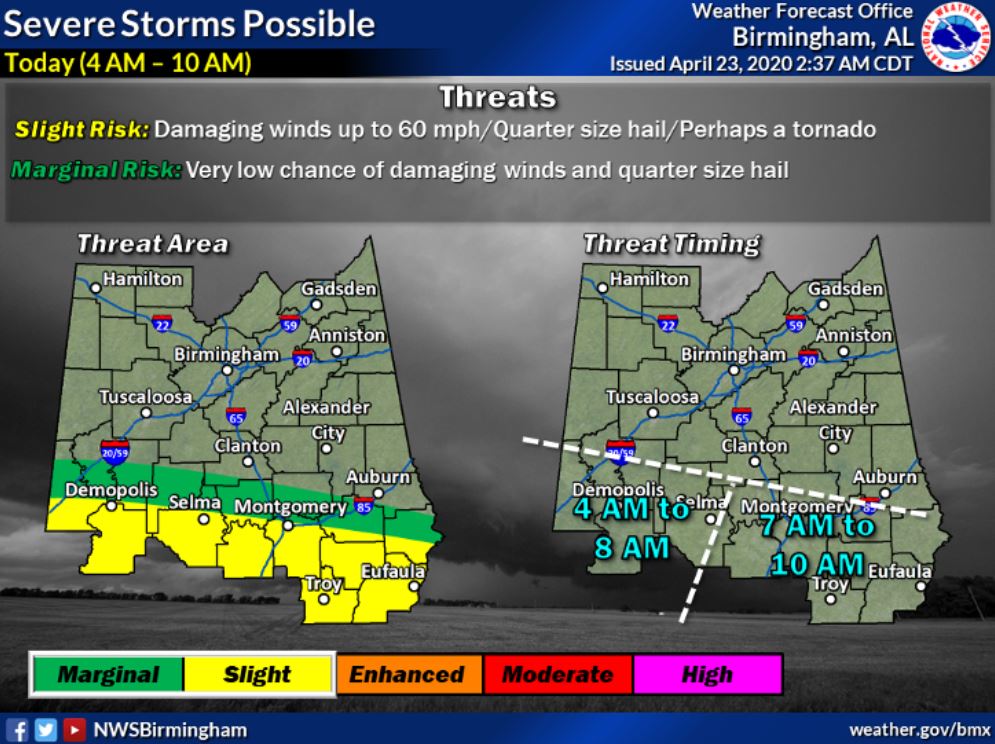 BIRMINGHAM — The National Weather Service in Birmingham received numerous reports of downed trees as high winds swept through the region.

In Calhoun County, two first responders were injured when trees fell in the Blue Mountain area.

Some power outages were also reported. To report a power outage or hazardous conditions, to Alabama Power, call 800-888-2726.

Another round of storms could be seen late this afternoon. The National Weather Service predicts those storms will mostly be in the southern part of the state, although everyone in the state should be weather aware.