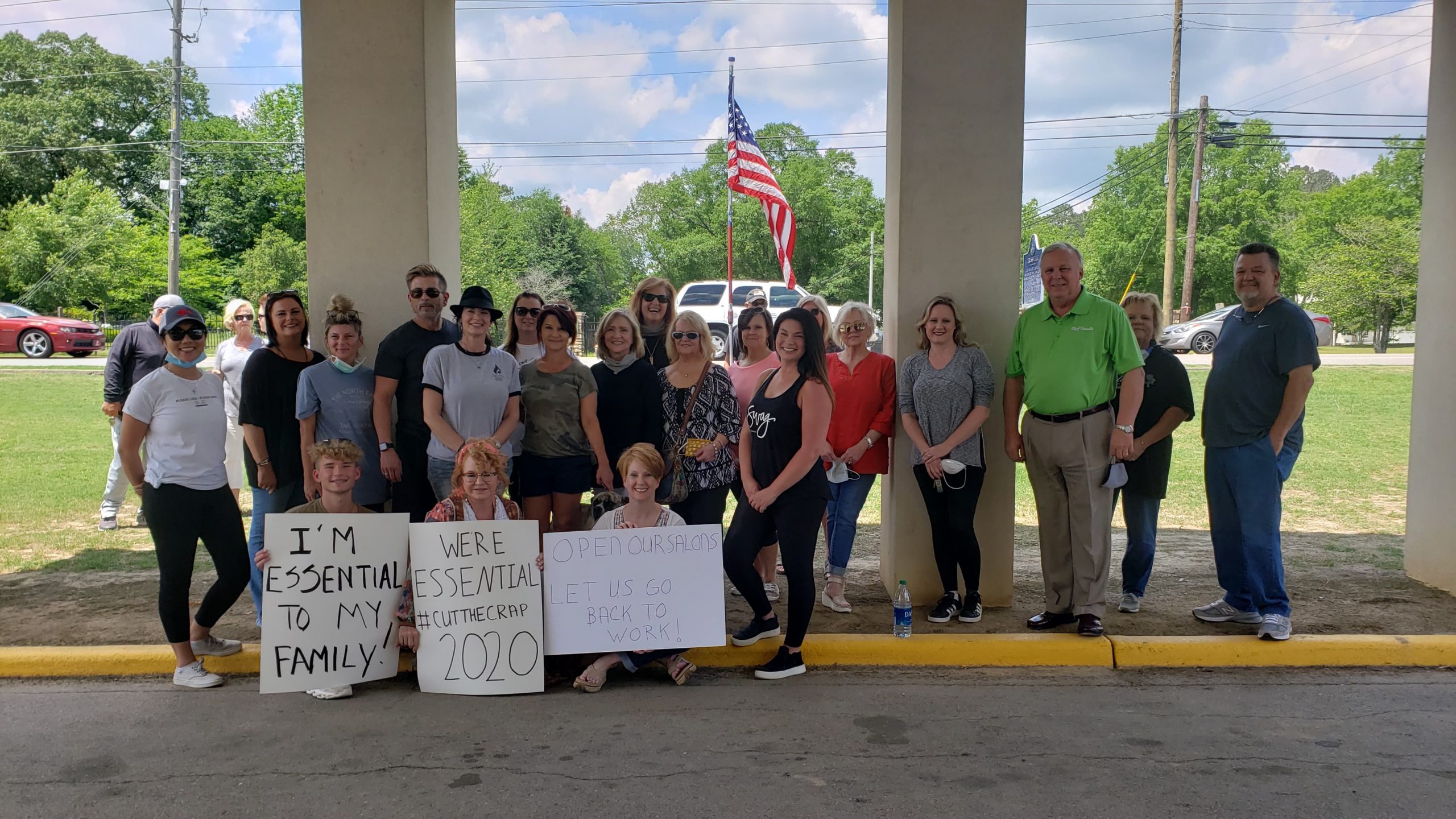 Trussville Mayor Buddy Choat addresses small businesses and pleads with the governor to allow them to reopen.

TRUSSVILLE — Trussville Mayor Buddy Choat spoke to small business owners and their employees on Monday, May 4, 2020. Choat said he thinks it’s only fair for Governor Kay Ivey to allow all businesses to reopen as soon as possible.

In a press conference, Choat said a plan by a state task force to reopen small businesses was presented to Governor Ivey and he said it “fell on deaf ears.” The mayor then sent a letter to the governor pleading for her to reconsider her timeline to reopen businesses. (Letter attached below)

Ivey did announce last week that some restrictions were being lifted, but no changes were made to allow salons, barbershops, gyms, tattoo parlors, bars and on-site restaurant dining. Small businesses say they faced an uneven playing field since big box stores have been allowed to stay open during the COVID-19 outbreak.

Choat said coronavirus is something we will have to learn to live with and he said most people know what they have to do.

“I think our business owners know that,” said Choat. “And I trust you guys to do what you’re supposed to do, just as the governor and the state health officials have trusted those that are already open.”

About two dozen small business owners and employers showed up for the rally-style press conference on Monday. Choat reminded them that small business is the heartbeat of the city of Trussville.

“We want to be your voice, as much as we can, because I think Trussville stands alone,” said Choat. “Every community is different and every community has their own problems and their own types and ways to deal with it.”

The mayor said he wants to be able to give his small businesses the chance to survive the economic impact of COVID-19. Choat said the city has been forced to shut down businesses because he does not have authority over the governor.

“I do not want to shut anybody down,” Choat explained. “But we’ve had no choice under those conditions, so I want to tell you that from the bottom of my heart.”

Many businesses were unable to get assistance from the government and some employees have not been able to receive unemployment. As for the city of Trussville, revenues were down in March. Choat believes the month of April will see a larger decrease in revenue. In fact, he estimates the decrease could be around 35% – 40%.

“She’s got to make this call,” said Knight. “She’s trying to do it cautiously, step by step, and I appreciate that, but I think these people are innovative and smart enough to do it right and to protect themselves and those coming in their shops or in their stores.”

The fact that big box stores have been able to stay open is proof that small business owners are at a disadvantage.

The “Safer at Home” state health order is currently slated to remain in place until the evening of May 15.

Mayor Choat sent a letter to Governor Ivey asking her to reconsider her position on the issue. The letter and the video of the press conference can be viewed below.

More than 400,000 Alabamians have filed unemployment claims during the past six weeks as businesses were ordered closed, or stopped work, during the coronavirus outbreak.

The record unemployment claims have been cited by politicians and groups eager to end closure orders.